A lockdown-induced Christmas TV binge didn’t extend quite as far the Wizard of Oz, but “the Great and Terrible” did come up in a conversation about bitcoin. 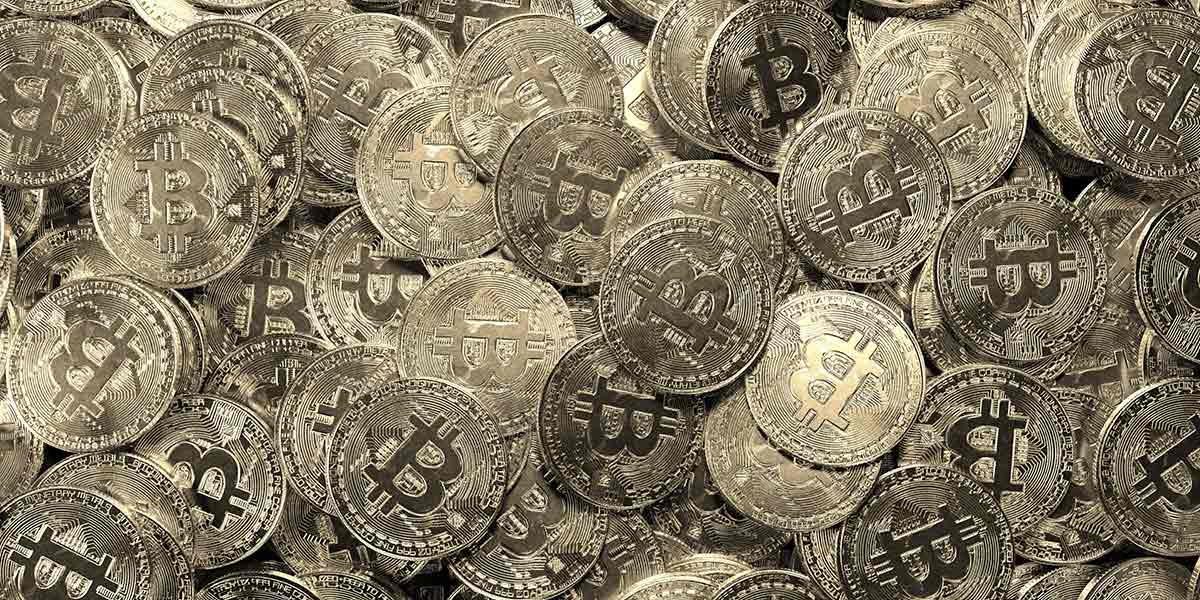 It’s been a strange Christmas. To all intents and purposes, a lockdown. But all was not lost. It was a chance to catch up on old movies in long afternoons with little to do but relax, open another box of chocolates and indulge.

Laurence of Arabia in 4K: amazing, although a little longer than I remembered – Tracey was lost to Instagram and catching up with Daisy May Cooper – and the less said about Alec Guinness’ portrayal of Prince Faisal, the better. Les Miserables was brilliant (the new film about dodgy Parisian cops, not the Hugh Jackman version). The Blues Brothers (also restored): still brilliant.

I didn’t get around to the Wizard of Oz, unfortunately, but he did come up in a conversation about bitcoin. The digital currency is starting to get some backing from the mainstream. Some investment banks and multi-asset funds are clearly buying the digitally farmed cryptocurrency, in myriad ways. What does digitally farmed mean? We’ll come back to that. Let’s begin at the start of the Yellow Brick Road.

I have two major problems with bitcoin:

In the spirit of there being nothing new under the sun, let’s cast our minds back to bearer securities. One of my first jobs in investments was to claim the coupons and dividends from companies in which we held positions via bearer bonds and bearer shares for private clients

I was working in Guernsey at the time, which may or not be a surprise. As you will know, bearer securities were not registered in the name of any investor and were therefore owned by the person in whose hands they happened to be. In other words, finders keepers. In theory, mine, if I had walked out of the office and got on a plane. Relax, compliance, I didn’t.

So bearer bonds and shares were an excellent way of holding assets anonymously. It was also easy to transfer their ownership. Usually via a briefcase. A kind of 20th century blockchain. They tended to be the currency of choice for vagabonds (pun intended) of all types, from tax evaders to drug smugglers. To be clear, the people I was clipping coupons for were legitimate investors, however! But as always it’s the few bad apples that spoil the barrel.

Bearer securities were effectively a non-regulated form of wealth and payments outside of the official monetary system. Sound familiar? Governments woke up to this and most countries banned the issuance of bearer bonds by public companies, most pertinently America in 1982.

I think the lesson here is that when something is ‘off the radar’ you are probably ok, but when it starts to blip noticeably on a government’s screen then the action can be swift and the impact high.

"The way bitcoin and blockchain work is that programmers are incentivised to do the admin and verification work on transactions."

Satoshi Nakamoto is the name used by the pseudonymous person or persons who developed bitcoin back in 2009, authored the bitcoin white paper laying out its raison d’etre and devised the first blockchain database. The way bitcoin and blockchain work is that programmers are incentivised to do the admin and verification work on transactions. That means auditing that this coin was paid/transferred from this account to that one at this time, etc. This process is known as “mining” because by doing the verification work, the programmers have the chance of creating new bitcoin as well. And, of course, finders keepers.

Nakamoto went dark in 2011 and hasn’t been heard of since, so no one knows who he/she/they is. That’s why I always thought Nakamoto sounds suspiciously like the Wizard of Oz: a man with a huge aura of power but little physical substance.

There is more of this stuff on the net – please go and read it. Investopedia has a good top-level rundown.

Now, I do not pretend to understand any of bitcoin’s intricacies and technicalities. Is it complete nonsense with someone in a castle somewhere laughing his/her/their socks off? Or is it plausible? I don’t know, so I can’t tell you that. But here are a few questions I think you need to ask anyone who tells you they are investing in Bitcoin, especially if it’s on your behalf:

If they can’t answer those, you know they are simply jumping on a bandwagon that seems to be picking up speed. You can find the answers in the article I referenced above, so you’ll know if your bitcoin booster is telling porkies.

Meanwhile, here are a few more questions that are much tougher to answer and which I believe make this a no-go area (for us, at least):

This last question is a big one. Quantum computers are on a wholly different level to the binary computing we have today. If it can be properly harnessed the monster computing power, using a fraction of the energy of binary computers, would have huge implications for bitcoin mining and on the encryption (read security) of bitcoin assets. As with all investments, assumptions last only as long as the environment in which you make them. And we could be on the cusp of a new age.

"As with all investments, assumptions last only as long as the environment in which you make them."

I accept I may be accused of being an out-of-touch luddite Boomer. But I don’t care. This isn't for me.

I have no means to verify the authenticity of this unit of exchange let alone get my comfort around the potential security risks in trading and custody. And bearer securities, lest we forget, at least offered a tangible return in coupons and dividends. Bitcoin offers no tangible cash flow.

So, if you feel the need to diversify away from government-funded currencies, might I suggest beans? They worked for Jack (we are just about still in panto season). And if beans don’t catch on as a store of value, you can always eat them.

Besides, what if Nakamoto is like the Wizard of Oz: just a chippy bloke with an insecurity complex who’s afraid to show his identity? Nakamoto did a bit of mining back in the “garage days” of bitcoin and is believed to have amassed a little under 1 million bitcoins. At today’s price, that’s almost $40 billion. Would you be comfortable if everyone in the world knew you had $40 billion of an asset governed solely by the law of finders keepers? You can see why he may have disappeared down the Yellow Brick Road for one reason or another ...