DFM: Is it worth it?

Examining the finer details of the Rathbones Value of Discretionary Fund Management (DFM) report over the course of its two chapters has offered unrivalled insight into the real impact a third-party investment manager has on financial adviser businesses. 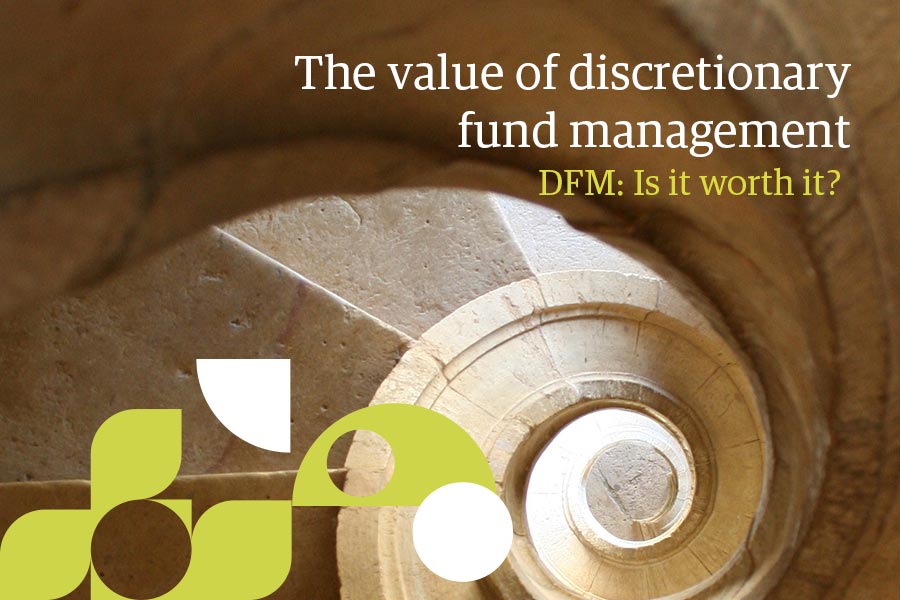 Given that the proportion of advisers adopting a DFM is expected to swell to around 60-70% over the next few years, uncovering concrete facts about the real effect a DFM had on revenue, business models and client relationships seemed increasingly important.

The lack of deep research into the area allowed a number of misconceptions to shroud the industry, so how was anyone to know if shifting to a DFM was truly worthwhile?

The report set out to discover if advisers were any better or worse post-adoption – and the overwhelming evidence suggested that advisers with DFM support enjoyed a multitude of benefits and advantages.

Promisingly, it found that the first hurdle, the initial introduction of a DFM, appeared to be of little concern for advisers. The vast majority seem to have found the process relatively painless with 76% disagreeing with a statement that it was ‘difficult to introduce’ third party investment managers into their business.

Once introduced, the impact on the business’ balance sheet was one of the areas where changes stood out the most and where the report uncovered the starkest differences between ‘users’ and ‘non-users’.

In firms that had adopted DFM they reported 20% more clients per adviser than non-users and revenues that were around 18% higher at £220,716 per adviser against £186,606 per adviser in firms without outsourced support.

Many would agree such a change in finances makes adopting a DFM all the more worthwhile.

Ultimately, adoption of DFM proved its worth by doing exactly what it is supposed to do. It freed adviser time to spend with clients, generate new business and reduced the time advisers spend on managing client investments.

The report showed DFM users spent considerably more time on activities that generate revenue such as meeting with clients than their counterparts according to the report.

The survey also showed that adopting an external manager did not have a damaging effect on credibility, relationships or revenue as some advisers feared.

In fact, adoption led to a better quality of client contact, more trust and better performance with almost two-thirds of advisers using a DFM saying the overall quality of their contact with clients had improved.

The survey also finally offered proof of the value of paying more for a specialised investment service.

Performance was a critical issue for 81% of non-users that had not taken on a DFM, yet post-adoption nearly three-quarters (72%) of advisers said investment performance for clients had improved. The risk/return profiles of clients were also better post-adoption according to 66% of users surveyed, proving the value an experienced and resource-rich external investment manager can add.

The Value of DFM report showed that scouting out a third-party investment manager can be well worth the effort when it comes to bumping up revenue, improving investment performance and tightening relationships with clients.

One thing that is clear however is that putting in the leg work to find the most suitable DFM for an adviser business and its clients is vital if you are to get the most from the relationship.

On an issue such as the personalisation of the service, cited as an important factor by just under a third (30%) of advisers, due diligence is important to ensure clients are getting the best service and best range of products for their needs.

Considering other factors such as cost and performance are also clearly top factors for an adviser to consider, as long as neither are used in isolation to judge whether adoption of a DFM is right for the business and clients.

Choosing a poor DFM option which does not meet the needs of the adviser, or of the clients, will surely leave many wondering if the transition was really worth it. To avoid this situation, it is important not to view taking on an investment management service as offloading clients to an external source, or ‘outsourcing’, rather, see it as ‘insourcing’ an external specialist to work closely with advisers.

The decision to adopt a DFM model should hopefully be a far more informed choice, rather than a jump into the unknown, now that myth and perception have been replaced with facts, backed up by the advisers themselves.

The findings of the report hopefully provides the information and evidence needed by advisers to make the best decision possible for clients, as well as ensure the DFM industry itself continues to make changes to provide suitable, tailored services and address any of the lingering fears many might still hold.