Home › Insight › The environment in a Covid climate

The environment in a Covid climate

Lockdown has seen the world economy grind to a crawl, but what effect has it had on the environment and can we learn anything from it to help in our battle against global warming? 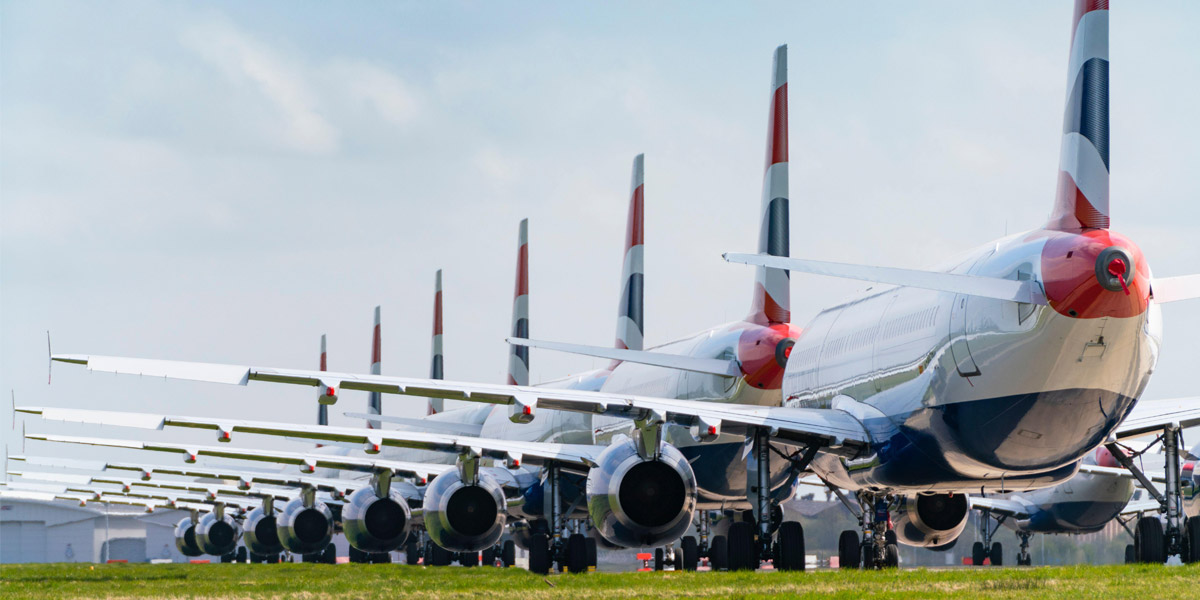 It is an experiment like no other in modern history — global lockdown has led to the biggest carbon crash ever recorded.
Countries in full lockdown have experienced a 25% decline in energy demand; even countries in partial lockdown have seen an 18% fall.
The International Energy Agency (IEA), an intergovernmental think-tank, expects global industrial greenhouse gas emissions to be around 8% lower in 2020 than they were in 2019. This is the equivalent of losing the entire energy demand of India.
In Europe some experts are predicting a near-25% drop in CO2 emissions for the year. China, which produces the largest annual share of global CO2 emissions, saw a 25% reduction in the first months of lockdown, and researchers in East China reported a 50% drop in nitrous oxide emissions.
The story is similar in parts of the USA. Scientists at NASA reported last month that lockdown in California had led to a 31% decrease in nitrous oxide emissions in the Los Angeles basin. Reduced traffic in New York has led to a 50% fall in carbon monoxide emissions and a 5-10% drop in CO2 levels over the city.
But what impact has this had on the planet?

Short-term reductions in air pollution are particularly beneficial for industrial societies and health services where cardio-pulmonary health is a serious issue. A World Health Organisation report in 2018 estimated that 93% of all children under the age of 15 are breathing toxic, polluted air. It estimated that ambient and household air pollution cause 543,000 deaths a year in children under the age of five. Marshall Burke, an assistant professor in Stanford University’s Environmental Earth Systems Science Department, claims the improvements in air quality recorded in China may have saved the lives of 4,000 young children and 73,000 adults over 70. Even using more conservative estimates for the benefits of reductions in the concentration of ground-based key pollutants, he estimated in March that 20 times the number of lives had been saved in China than lost directly to the virus. In the UK it has been estimated that 1,700 deaths have been avoided.

"Improvements in air quality recorded in China may have saved the lives of 4,000 young children and 73,000 adults over 70.”

Burke stresses that these effects do not account for the various negative health consequences, whether short-term or long-term, that social and economic disruption could bring. These, as he concedes, may yet outweigh the benefits of reduced air pollution. Nonetheless, he describes his calculations as a reminder of “the often-hidden consequences of the status quo” and “the substantial costs that our current way of doing things exacts on our health and livelihoods”.

With fishing fleets around the world lying idle, there has been a chance for fishing grounds to recover from years of over-harvesting. It is estimated that a year without fishing would allow most European fish stocks — whitefish, flatfish and herring — to nearly double their biomass. Fish need a full year to go through their spawning cycle, but the Marine Conservation Society believes reduced fishing during lockdown could help recovery. Conservationists will be watching the impact of reduced shipping, too. Over 90% of all trade between countries is carried by ships, which release oil and chemicals, dump garbage and sewage and transfer invasive alien species through ballast water.

On land, the Royal Society for the Protection of Birds forecasts that ground nesting birds will thrive this year because of the reduction in the numbers of walkers and unleashed dogs. This will benefit skylarks, curlews, grey partridges and corn buntings. Fewer cars mean less roadkill, benefiting hedgehogs and toads. It is estimated that 50,000 hedgehogs are killed on British roads each year. And councils cutting back on mowing has meant wild flowers blooming in their greatest number for years, benefiting bees, butterflies, birds, bats and bugs that depend on them.

One negative impact is the production of medical waste. The South China Morning Post says China is struggling to deal with the mountain of discarded face masks and protective equipment piling up around the country. In Wuhan alone this amounted to 200 tonnes a day at the peak of the crisis.

Global demand for PPE has fuelled demand for single-use plastics, and in Britain concerns have been expressed about the impact of anti-bacterial chemicals in handwashes going through sewage works and harming river life.

No-one believes lockdown has done much to pause global warming. Global CO2 levels remain high, and there are concerns that emissions could spike significantly in a race to boost post-pandemic industrial and economic recovery.

China has already extended deadlines for companies to fully comply with environmental standards. Fuel efficiency standards governing car exhaust emissions have been suspended in the US. The Environmental Protection Agency has also agreed to limit penalties for companies failing to comply with federal monitoring and reporting requirements if they can attribute the cause to the pandemic. Poland and the Czech Republic have asked for the suspension of carbon-trading programmes and the abandonment of the EU’s climate bill to free up additional funds for domestic business support. Key climate-change and biodiversity conferences have suffered through the pandemic, with COP26 and the 15th annual Convention on Biological Diversity among a number of high-profile cancellations.

But the huge reliance of business on public funds to sustain them through lockdown and beyond means there is an unprecedented opportunity for governments to influence the climate agenda. Economic stimulus could be conditional on companies demonstrating greater long-term commitments to environmentally sensitive and cost-effective business models. There will be new opportunities to prioritise responsible production and resource use and accelerate the transition to a low-carbon economy.

“Demand for PPE has fuelled demand for single-use plastics.”

Dr Fatih Birol, Executive Director of the IEA, says: “Governments can use the current situation to step up their climate ambitions and launch sustainable stimulus packages focused on clean energy technologies. Total stimulus spending will be in the trillions. If a decent fraction of that is earmarked for climate action it could be world-changing.”

The role of investors in realising these opportunities should not be understated either — with an unprecedented recovery challenge facing global economies, access to both public and private sources of finance will be critical.

Business closures, reductions in transportation and country-wide social distancing measures have all contributed to fundamental re-evaluations of life at home and at work. With commercial centres recognising that public transport and close-proximity office environments are conduits for viral transmission, there is a growing acceptance that remote working for many employees is both a practical and responsible solution. A significant rise in the use of videoconferencing and a longstanding argument that remote workers are happier, healthier and more productive suggest major changes to the flexibility of working locations and hours are likely. This could have a long-term and even permanent impact on commuter numbers, business flights and road travel, providing lasting benefits to social and environmental health.

At its rate of growth before the crisis, the airline industry was forecast by 2050 to consume a quarter of the available carbon budget for limiting temperature rises to 1.5ºC. May saw an 84% drop in flights in Europe: though this will recover, it may not return to its previous growth trajectory. Business travellers account for 12% of air-passenger numbers and, for some airlines, 75% of profits. Many firms will be questioning the need for so much business travel in future, and this could make a significant difference to the number of flights operated.

As The Economist recently concluded, abandoning planes, trains and cars will take us only a fraction of the way towards stalling climate change. The world would still have 90% of the decarbonisation process left to do to meet the most ambitious targets of the Paris Agreement and limit the rise in global temperature to only 1.5ºC warmer than before the Industrial Revolution.

Yet lockdown has presented a unique opportunity for scientists to observe the impact of human industry on the environment. It has encouraged us to rethink how we do things. And governments now have the chance to put climate change at the heart of economic recovery and to influence progress to a degree almost unimaginable just a few weeks ago.

Covid-19 has been a human tragedy, but its impacts might help change our relationship with the environment and reduce the extent of even greater tragedies heading our way.

Rate this page:
All
Markets
Review of the Week
Economy
Coronavirus
Global economy
Investments
Politics
Chart of the week
Economics