In March, Carmen Maria Machado won the 2021 Rathbones Folio Prize. While the competition has been open to books of any genre or form since 2017, this is the first time that a memoir has claimed the £30,000 award. Here, as we reflect on the history of the prize, the judges explain the importance of broad eligibility criteria. 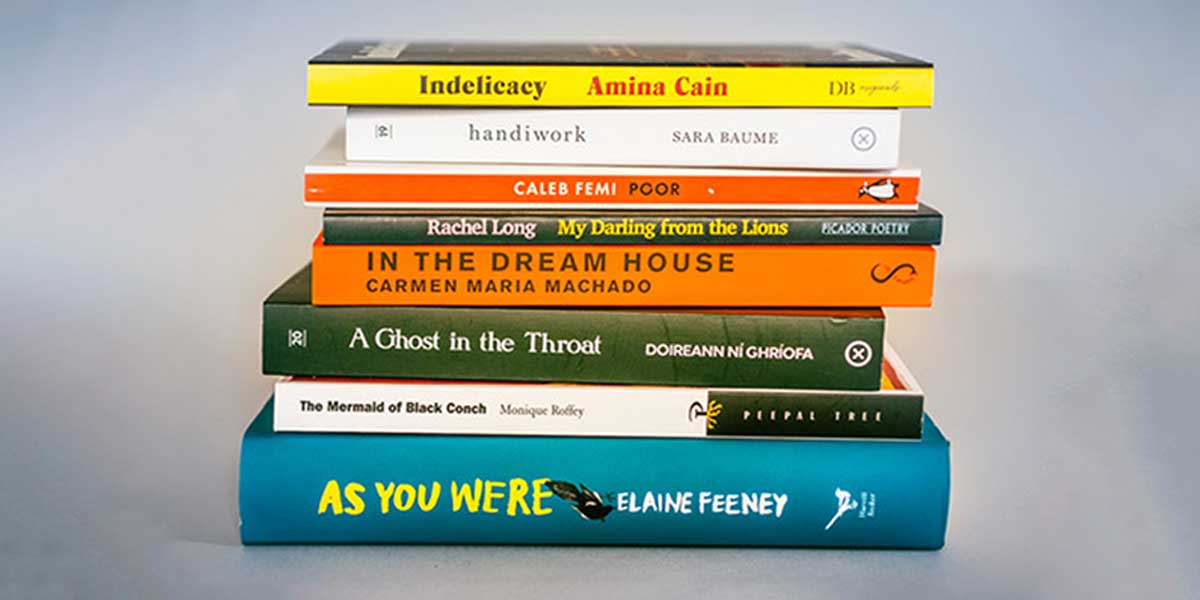 BBC journalist Razia Iqbal is standing in front of the King’s Library at the British Library, ready to introduce the Rathbones Folio Prize’s judges and shortlisted writers. It is 24 March 2021, a year and a day after the first UK lockdown was announced, and for the second consecutive year nominees are attending the ceremony virtually.

“Wherever you’re joining us from tonight,” says Iqbal, “we wanted to bring you here to the traditional home of the Rathbones Folio Prize for the finale.”

The setting is fitting. Even today publishers are legally obliged to send a copy of every book published in the UK to the British Library to be kept on record. Somewhere in the building will be pristine copies of each book nominated for the 2021 prize.

The original aim of the Folio Prize was to champion literary fiction rather than popular fiction. It was a response to the populist direction the Booker Prize was taking. This year’s chair of judges, Roger Robinson, explains the distinction.

“The analysis of the craft is a particularly important part of it,” he says. “Reading the books, sometimes I would trust my instincts and think: ‘This is really good.’ Then one of the other judges, who would be a specialist on the subject, would say: ‘Okay, let me explain to you why this really isn’t good.’ It’s not just about enjoyment or which book you want for your birthday.”

The prize is unique for the way books are selected. An academy of over 300 members — including Margaret Atwood, A. S. Byatt and Bernadine Evaristo — nominate titles for consideration. The 60 most-nominated books, plus an extra 20 selected by the three judges from publisher call-ins, are whittled down to a longlist of 20, then to a shortlist of eight and finally to one winner.

Alongside Robinson, a former winner of the T. S. Eliot Prize for Poetry, this year’s judges were writer, editor and broadcaster Sinéad Gleeson and novelist and short story writer Jon McGregor.

McGregor believes the distinctive selection method adds something to the judging process. “Every time I pick up a book,” he says, “I think: ‘This is somebody’s favourite book of the year.’”

Only fiction books were eligible for nomination in the Folio Prize’s first two years. The competition was suspended for 2016, but when it returned in 2017 it was with broader eligibility criteria and Rathbones as its new sponsor. Since then the Rathbones Folio Prize has been open to any book published in English during the previous year, regardless of form. This year’s longlist included fiction, poetry, non-fiction, memoir and even one book about mushrooms.

Rachel Long, shortlisted this year for her poetry collection My Darling from the Lions, explains why the inclusion of all genres is an important aspect of the prize. “We can move between genres if we want,” she says. “Some of the best writers I know don’t actually know what they’re writing to begin with. It might take their agent or editor to say: ‘Let’s market this as a novel.’ As writers, perhaps we are less concerned with strict dictations of form and genre.”

The 2021 winner, Carmen Maria Machado, believes the intersection of different forms is vital to her process. “With fiction you can experiment in terms of reality,” she says. “It’s a good first step in writing about a subject I’m interested in broaching. Non-fiction feels like the step I can take after I’ve paved the way with fiction.”

While reading the nominations this year, Robinson was most surprised by the quality of non-fiction. “I used to read non-fiction, and it always seemed to be about getting the information across,” he says. “Now it seems like rock and roll. Some of the best stories, being told in the most innovative ways, are non-fiction.

“People are reaching for new ways to show you things. The forms were sometimes peculiar, sometimes idiosyncratic... Everybody’s trying to find new ways to let you see a story, as opposed to just telling it to you.”

The poetry this year most impressed Gleeson, who was shortlisted in 2020 for her essay collection Constellations: Reflections from Life. “A lot of the poetry that we saw this year was often quite experimental,” she says. “It was extremely current and reactive to things that are going on in the world at the moment. So the poems felt really vital — kind of fizzy and energetic in many ways.”

“Non-fiction feels like the step I can take after I’ve paved the way with fiction.”

Books have undoubtedly been a source of comfort and a way to stave off boredom over the past year. If you find yourself in a rut, cast your eye over the shortlist included here or the longlist on the Rathbones Folio Prize website — and branch out. If you always head to the fiction section, perhaps pick up Rachel Long’s poetry or Merlin Sheldrake’s book on fungi. You might find yourself agreeing with Robinson — that some of the best stories are non-fiction.