What we are hoping for from the world’s leaders as they gather in Glasgow for COP26 at this critical tipping point for the planet. 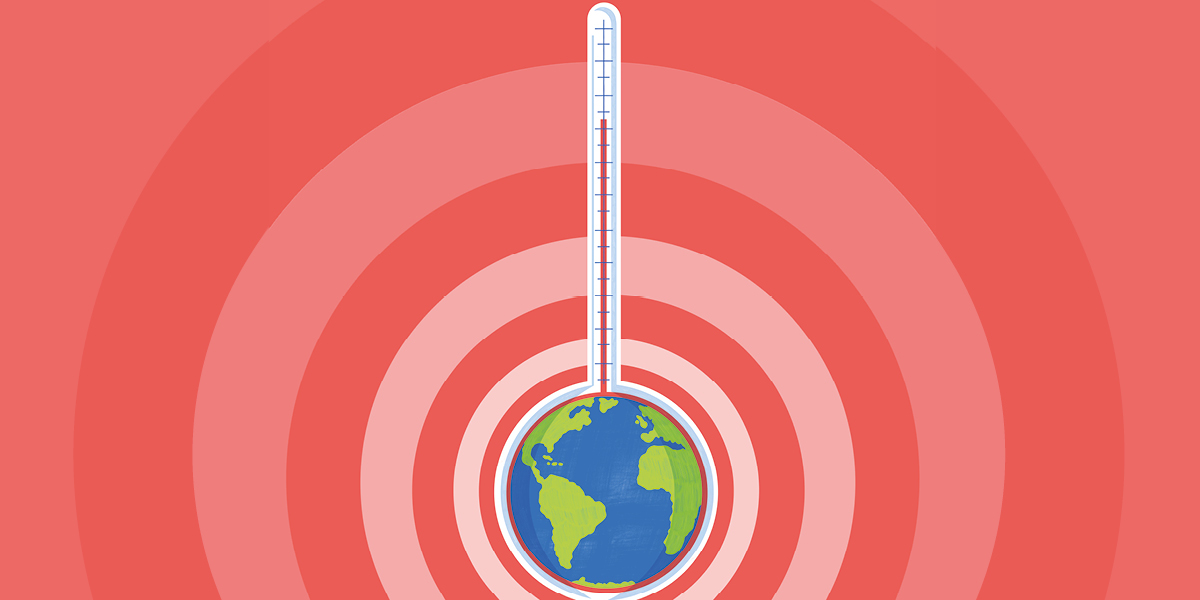 This latest Conference of the Parties (COP) taking place in Glasgow is a vital opportunity to discuss progress on the goals established by the historic Paris Agreement in 2015 and set out a bold vision for the rest of this crucial decade for the world.

The ultimate objective is for signatories to the UN Framework Convention on Climate Change (UNFCCC) to work together to get to ‘net zero’ carbon emissions in time to stave off climate disaster.

COP26 could have momentous and wide-ranging consequences. The level of ambition, what targets are set and the momentum that follows from this conference could determine policy development, investment and cooperation among nations to tackle climate change. This, in turn, will influence the operating environment for companies and the potential options for charities looking to reflect climate change concerns in their investments.

But the COP process is complex and fraught with challenges. Its progress since its inception in 1994 hasn’t followed a straight path: good COPs have been followed by bad ones. We’ve attempted here to cut through some of the policy smog clouding the UNFCCC and COPs to understand how effective COP26 is likely to be in galvanising efforts to reach net zero.

The COP process has sometimes moved slowly and shakily. But we must appreciate the sheer scale of the problems it is addressing, as well as their complexity. Climate science involves an inherently demanding and changeable system. Specific, concrete outcomes are difficult to predict.

We also need to recognise the competing short- and long-term interests of the negotiating partners. To stop the worst of climate change, those at an earlier stage of development need to change course. In addition, the poorest countries tend to be more vulnerable to the impacts of climate change than their richer counterparts, which are less geographically exposed or can afford to mitigate or adapt to these impacts. It is crucial that this ‘unfairness’ is addressed and that large, influential countries fund climate change solutions in the developing world, but a number pf prominent world leaders are absent in Glasgow.

As time has moved on, COPs have been able to deliver more — partly as the cost of solutions has fallen and the motivation of important players like China has shifted.

It’s vital that the COP26 participants review progress on long-term decarbonisation plans and efforts. The 2020 deadline agreed for these ‘Nationally Determined Contributions’ (NDCs) has been pushed back to match the pandemic-affected COP schedule. But deepening understanding of the science around climate change (and the rapid pace of action required) means that COP26 must deliver tougher commitments.

In a sense, COP26 is a numbers game —will the NDCs pledged by each country curb emissions enough to keep the world below two degrees of warming? China has pledged to become climate neutral by 2060, which at least creates the opportunity for agreement on goals to reduce emissions sufficiently, although its leader Xi Jinping is not in Glasgow in person.

Who pays the cost for developing nations is also highly relevant. Under the Paris Agreement, developed nations pledged to provide $100 billion a year by 2020, but progress has been stalled by COVID-19 and some nations appear to be reining back on their commitments.

The world needs a good COP

We hope that UK COP26 President Alok Sharma and his team will provide the leadership needed to secure agreement on concerted and concrete action.

The sense that urgent action is required has only grown during the global health crisis. It helps that the parties increasingly seem to recognise that it’s in their self-interest to tackle climate change. China, for example, will be particularly heavily impacted because of its coastal cities and its reliance on water from the Himalayas; and the US, Australia, Germany, the Netherlands and Greece have all recently been hit by fire and flood.

Previous COPs laid the foundations of a fair system for cost-sharing. But COVID is straining government finances around the world. Will the most powerful UNFCCC members be sufficiently motivated to commit to meaningful action and to pay for it?

The world needs a good COP to come to the rescue in Glasgow. We’ve always believed in the power of responsible capitalism to make a positive difference in the world. But tackling something as big and complex as climate change can’t be done unless political and economic forces work together.

We recognise not only that our business and those businesses in which we invest are impacted by climate change, but also that the choices we make as stewards and allocators of our clients’ capital have the potential to exacerbate, or alleviate, the climate crisis. Rathbones is also among a number of wealth managers considering how their investment decisions can play a part in the transition to a net zero economy. 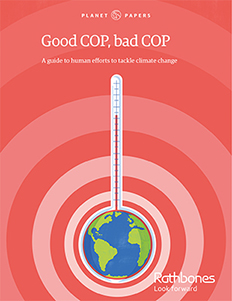 Watch our webinar: COP26 - what investors need to know