Home › Insight › How to argue with a racist

How to argue with a racist

In the latest of our interviews for the Rathbones Look forward series, with great philosophers, writers and scientists, broadcaster Andrea Catherwood spoke to British geneticist and author Dr Adam Rutherford, about his latest book ‘How to argue with a racist’. 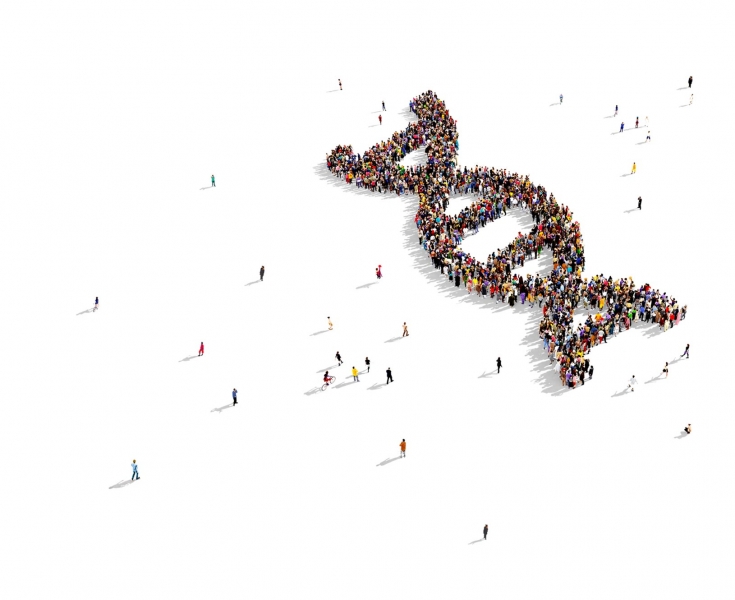 Adam’s fascinating interview is summarised in the following essay.

Where does this idea of race come from? 18th-century biologist, Carl Lineaus’s, impact on scientific legacy cannot be overstated. He’s one of the most prominent thinkers in biology and came up with the classification system that we still use today. He was alive during the age of empire, of plunder, of colonisation, at a time when we were spreading out all over the world, meeting new people and subjugating them. The biologists were trying to apply - what they saw as scientific, and what we now see as pseudo-scientific - categorisations to people. Linnaeus and a host of other European scientists came up with four, five or six categorisations, and they aren’t just a description of how people look; they’re ranked. Guess who comes top of that hierarchy in every single one of those classifications…white Europeans. And the primary categorisation is skin colour.

He then associated behavioural characteristics with skin colour. For example, East Asians were ruled by customs and were well organised but unoriginal. North Americans were ruled by caprice. Africans were lazy and capricious too. And Europeans were graceful, ruled by law, and all sorts of other nice things. These were attempts to scientifically categorise, but it wasn’t really science, it was political ideology corrupting science in order to normalise the subjugation of other people.

If you look at family trees and genes, you quickly discover how closely related we all are.

Every week I get emails from Europeans who want to discover that they have Viking ancestors. Actually, every European has Viking ancestors. Our family trees branch out from us but if you go a bit further back, they start to collapse in on themselves. You may have a trillion positions on your family tree, but they’re occupied by the same people over and over again the further back you go.

There’s a concept in genetics called the isopoint. In the genetics of Europe, the most recent common ancestor (that’s the first, single individual who can link two individuals further down the line) comes out at about 600 years ago. If we could draw a perfect family tree for every European, a minimum of one branch from every single European would flow through one individual about 600 years ago. That indicates how closely matted our family tree has become.

Something even more mathematically interesting happens a bit further back. There’s a point when all the branches of our family trees don’t just cross through one individual, they cross through multiple individuals and the same person will have branches which cross multiple times through many individuals. As you keep going back through time, you get to the isopoint, which is the time at which all branches of everyone’s family tree cross through all individuals alive at that time. In other words, if you were alive at the genetic isopoint, then you’re the ancestor of everyone alive today, or no one alive today. The European genetic isopoint is a thousand years ago, and the global isopoint - from whom everyone alive today is descended - comes out at 14th century BC, so about 3,500 years ago.

You’re never going to persuade an ardent white supremacist or neo-nazi to change their views by presenting them with scientific arguments.

But you’re never going to persuade an ardent white supremacist or neo-nazi to change their views by presenting them with scientific arguments. They’ve taken ideologically driven positions and you can’t reason someone out of a position they didn’t reason themselves into. I want to address stereotypes and myths that are held and perpetuated by modern science, held by well-intentioned, normal people who think they have a grasp of some aspects of racial ideologies or racial stereotypes.

There was an assessment of several thousand comments in the media about elite athletes of various different sports over several years. In general, the majority of comments referring to people of recent African descent tended to say things that were physical - they referred to innate abilities or physicality. The same proportion of comments about white athletes tended to focus on their industriousness or their intelligence. When you look at statistics so starkly, it’s clear that this is so baked into our culture. These descriptions first occur at the same time that these taxonomies are first being applied, when primarily the differentiation is skin colour.

We should recognise that people are different, and those differences are coordinated by how people self-define. That’s got a lot to do with geography, and something to do with ancestry, some of which may be to do with things like pigmentation. But as we look at genetics, it’s hard to make those claims. As scientists, we can confidently say that race does not correspond with the traditional or contemporary, colloquial uses of race that people understand. So you can be a racist, but you can’t have my tools as a scientist to defend your position.

You can listen to andrea's discussion with Adam on our podcast.

We have some copies of ‘How to argue with a racist’ available on a first come, first served basis. If you would like a copy, please email louise.willows@rathbones.com