Home › Insight › How to grow carats

How to grow carats

Their rarity and beauty make diamonds precious, but what would happen if we could grow them in a laboratory rather than mine them? Would consumers be interested? 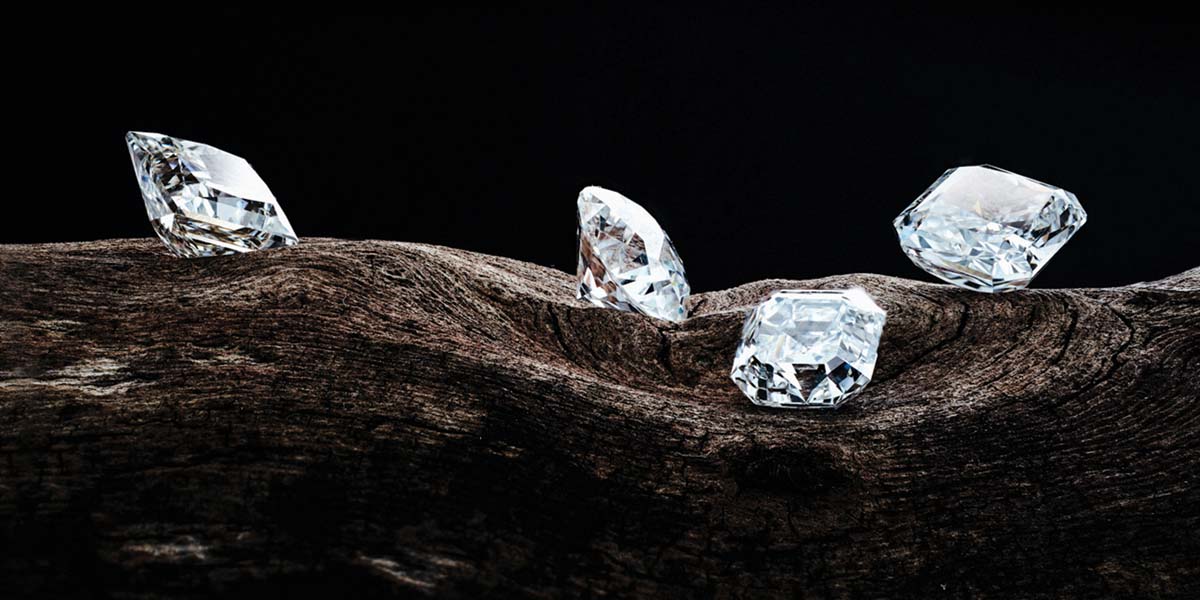 In 1948 a young copywriter named Mary Frances Gerety coined what would become one of the most successful advertising slogans in history. The New York ad agency where she worked had been approached by diamond producer De Beers. Sales were at an historically low level, and De Beers was desperate to kick-start demand.

Gerety came up with “a diamond is forever”. It was a perfect marketing strapline for something so beautiful, formed underground over billions of years, laboriously mined, skilfully cut and intended as a symbol of eternal love. A diamond engagement ring became an indispensable part of courtship. Rising sales made the diamond jewellery business an $82 billion industry.

Today that industry is facing a far bigger threat than 1940s consumer indifference. A new source of stones is changing public perceptions — the laboratory.

Mined diamonds are formed when carbon is subjected to immense pressure and heat — most often through eruptions shooting upward from the Earth’s mantle, a hundred miles below ground, or the collision of tectonic plates.

Early attempts at growing diamonds sought to replicate these environments. Two 19th-century chemists, James Ballantyne Hannay and Ferdinand Frédéric Henri Moissan, both claimed to have successfully made diamonds on separate occasions by heating charcoal to 3,500 degrees Celsius inside a furnace.

Modern tests have shown their claims to be misguided or unfounded, but today several producers have found successful ways to mimic the environment in which natural diamonds were created — and have succeeded in growing new diamonds.

Most methods involve taking a tiny fragment of diamond — a carbon seed — placing it in a carbon-heavy gas
such as methane and exposing it to intense pressure and laser-strength heat for six to 10 weeks. Another technique sees the diamond built layer upon layer by chemical vapour deposition inside a reactor alongside a cocktail of hydrocarbon gases. Setting up the facilities to pursue either approach commercially can cost around £50 million.

Entrepreneur Joanna Park-Tonks is launching ChelseaRocks.net — a collection of jewellery made exclusively from lab-grown diamonds. She says: “The time is ripe to disrupt the traditional diamond industry. The Federal Trade Commission in the US has published advice stating that lab diamonds ‘possess the same optical, physical and chemical properties as a mined diamond’.

“At a molecular level and visually, they are practically indiscernible from their mined counterparts — sharing all their fire and brilliance,” adds Park-Tonks. “The only key differences are price and provenance. Since lab-grown diamonds typically cost 20-30% less, consumers can enjoy a larger, better-quality stone for less. And they are naturally conflict-free.”

Mined diamonds have developed a less than sparkling reputation. The public has grown increasingly aware of conflict diamonds — also known as blood diamonds — and the use of child labour in mining them. While a United Nations agreement called the Kimberley Process has gone some way to cleaning up the industry, it is still thought that one in 13 diamonds on the international market is of conflict origin.

There are also environmental concerns. Diamond mining is a leading cause of deforestation, soil erosion and pollution. Empty pits often fill with stagnant water, providing prime breeding places for malaria and dengue-carrying mosquitos.

Park-Tonks says: “The environmental and human costs of mined diamonds are unacceptable in today’s society. Laboratory-grown diamonds allow us to have these beautiful stones without any of the negative associations — and at much more attainable price points.”

Critics point out that there is still an environmental cost to producing diamonds in a laboratory — the manufacturing process involves huge amounts of energy, though this can come from renewable sources. 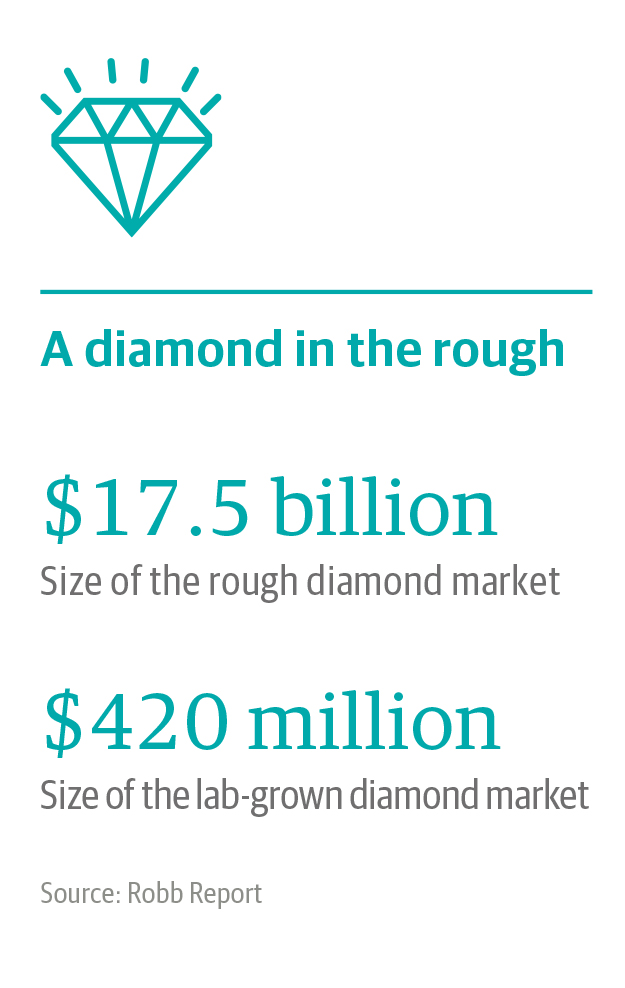 Those who place a premium on price, ethics or sustainability are already beginning to turn towards lab-grown. Even De Beers, which accounts for a third of world diamond mining, has resigned itself to the disruptive growth of the market. In the same way that many tobacco manufacturers are investing in e-cigarettes and oil companies in renewable energy, it is spending £85 million over four years to develop its own diamond-growing laboratories.

Diamonds that have remarkable provenance or are the most exceptional, flawless specimens will undoubtedly remain valuable. But these make up just a tiny fraction of the 164 million carats that are unearthed every year. The question many industry experts are asking is whether lab-grown diamonds could become the core market.

There have always been cheaper or more ethically and environmentally friendly alternatives, yet people have continued to buy mined diamonds. If the traditional diamond-mining industry is to survive it will be because lab-grown diamonds fail to capture the romance still associated with natural ones. And for that we have an advertising copywriter to thank.