Please Mr Trump, don't mention the war.
The global economy is sinking into a slowdown, but is this the beginning of the end? It’s too early to tell. 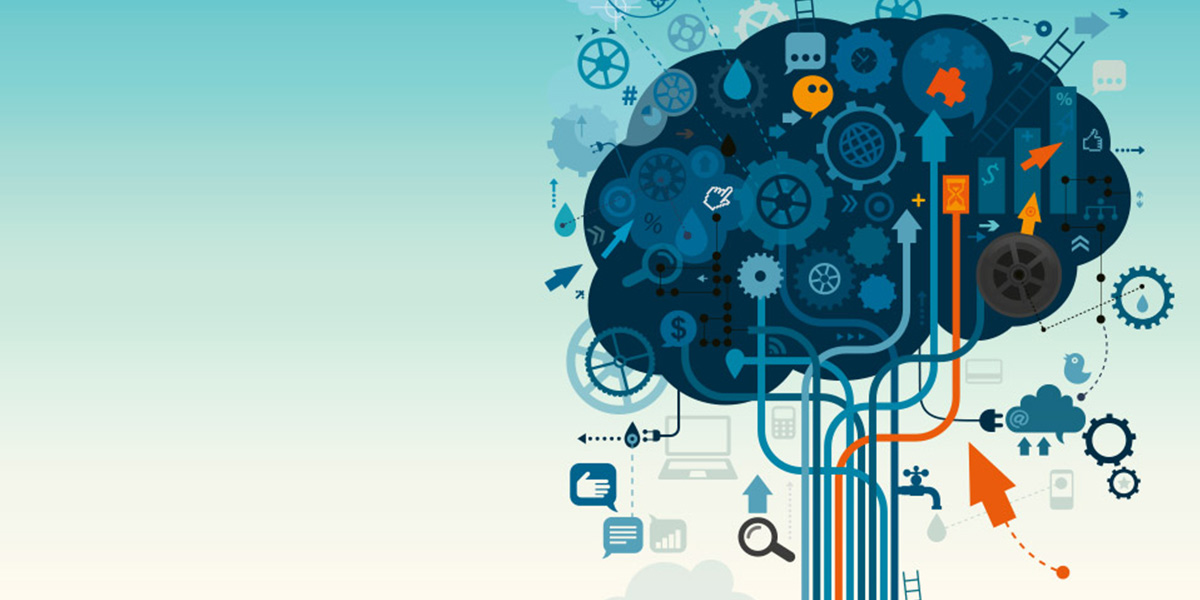 Donald Trump has tweeted over 10,000 times since his inauguration. You may have noticed. Mr Market certainly has: two pieces of analysis from JPMorgan and Bank of America Merrill Lynch prove that equity markets are more likely to fall and bond markets are more likely to be volatile when Mr Trump tweets more than 35 times in one day (not as infrequent as you might hope!), especially if his tweets mention China.

Closer to home, we’re bombarded with soundbites from British politicians of all stripes going back and forth on Brexit. They often make as much sense as the US President’s twitter transcript. Our analysis tells us that the biggest falls in the value of the pound against the dollar over the last six months have coincided with news that has raised the probability of a ‘no-deal’ Brexit.

The two together create quite the cacophony. Investors must work hard to hear the drum beat of the global economy; it has its own rhythm, and hearing the tempo rising and falling is the most important part of active asset allocation.

It’s been about a year since we noted that leading economic indicators (LEIs) –measures of activity that are bellwethers for markets – were starting to turn down, and told you that we had begun to prefer a more defensive tilt to portfolios. Since then, we have watched the deceleration in economic indicators gather pace. It has been fuelled by a contraction of trade in goods, and low rates of business investment as CFOs succumb to uncertainty –driven in no small part by those tweets on China! Our gauge of the global business cycle suggests we are experiencing the most pronounced slowdown since the financial crisis. The US cycle, on the other hand, experienced a more pronounced slowdown in 2015.

The deterioration in LEIs has been even larger than we anticipated. Any decline in LEIs, no matter the starting point, tends to be accompanied by the underperformance of markets, sectors and styles that are highly sensitive to economic growth relative to ones with more ‘defensive’ attributes. Only very large declines tend to be accompanied by the underperformance of equities relative to bonds, however. Unfortunately, our own composite leading indicator has just registered a decline of that magnitude.

But large slowdowns don’t necessarily lead to recession, and without a recession you don’t tend to get the very large, protracted falls in asset prices that it is our job to guard against. There are tentative signs that indicators of future activity are forming a bottom, but where the economy goes from here is still a matter of much debate. From our scrutiny of the evidence, we cannot yet conclude that we are experiencing anything more than another mid-cycle slowdown. In other words, it is not yet clear that this is the final slowdown before a recession – the beginning of the end, if you like.

The manufacturing sector is shrinking due to that downturn in trade in goods and business investment. Crucially, it doesn’t yet appear to be spilling over into the service sectors of the US, eurozone or China. Indeed, indicators of service sector activity weakened much more in the slowdowns of 2012 and 2015, both of which didn’t result in recession. Remember that this is the fifth time since the financial crisis that quarter-on-quarter growth in US industrial production has turned negative, and the fourth time that the German manufacturing PMI has crossed below the so-called boom/bust threshold of 50. Finally, the time between a peak in equity markets and the trough corresponds with the overarching business cycle, not the mini-cycles of the manufacturing sector.

There are signs that corporate profits are also falling. As with manufacturing, a downturn here doesn’t necessarily mark the end of the cycle and the beginning of a bear market in financial assets. Since 1960, the profits of firms listed on US equity markets peaked on average three and a quarter years before the start of a recession, during which time stocks returned 40%. Quite often that window has been over four years long. To look at it another way, equities made a positive return 82% of the time during the 12-month period following a peak in earnings growth (91% of the time over a 24-month period).

The real weak spot is stagnating capital spending by businesses, so we favour consumer-focused investments at this stage in the cycle.

US households are holding up better than most. Consumption growth in the third quarter looks likely to come in at 3% in inflation-adjusted terms, and lower mortgage rates have given the housing market a significant lift. But the US consumer is not immune to the broader malaise and consumer confidence is falling sharply. Given that fuel prices are low, interest rates are falling and jobs are plentiful, a lack of confidence can only really be explained by mounting uncertainty about the effects of the trade war (we’re back to those tweets again).

According to a study published by America’s National Bureau of Economic Research (NBER), the negative impact on demand from trade uncertainty is greater in the US and other advanced economies than it is in emerging markets. The study found that US tariffs were almost completely passed through into domestic prices, meaning the full impact has so far fallen on domestic consumers and importers. Foreign exporters haven’t lost a cent. The study estimates that US real incomes (income after inflation) fell $1.4 billion each month over the final half of 2018 as a result. As trade negotiations broke down again in May, and tariffs on $200bn of imports from China were increased from 10% to 25%, this imposed an annual cost $831 on the typical US household, according to research by the New York Federal Reserve (Fed). That’s $106bn in total, or 0.8% of all US household spending.

China and other emerging markets are not suffering to the extent the White House might have hoped. Indeed, China has actually increased its share of global trade this year, thanks to its dexterity in “transhipping” – exporting to the US via another country.

When we lift the lid on Chinese activity, it appears clear that China is not undergoing a slowdown of anything like the magnitude it underwent in 2014-15 (which caused turmoil in Western financial markets when they finally awoke to it). This is important, because our analysis suggests that variations in US or European business cycles have tended to be led by changes in the Chinese cycle over the last 25 years. That’s not to say that economies can’t ‘decouple’ of course – there’s plenty of historical precedent – especially when global ties start to break down.

We expect market rallies caused by a Xi Jinping-Trump ceasefire to prove short-lived. We see this as a long-term war of attrition, requiring fiscal and monetary accommodation to offset its impacts.

Most of the central banks we monitor have cut rates since the dying months of 2018. Low interest rates have provided quite the boon for asset prices since the financial crisis. Investors that continued to be pessimistic five years after the recovery began would have done well to have remembered the investment cliché, “Don’t fight the Fed.” Today we are at the start of a very rare instance of US Fed monetary easing: one that hasn’t been preceded by a clear sign that rates were raised too high in the first place.

Still, it is important to remember that monetary policy operates with a large lag. The full effect of an interest rate cut today might not be felt for another 18 months. There is also a growing body of evidence to suggest that credit growth and economic activity have become less sensitive to changes in interest rates. There are many possible causes. The low level of interest rates has hurt bank profitability, which restricts banks generating enough capital to absorb future losses, for example. On the other hand, the process of shedding debt – which hampered the efficacy of monetary easing in the first few years of the recovery after 2009 – has largely ceased. Nevertheless, the effect of the trade war, like Brexit, is that it signals future falls in productivity in the tradable sector. In other words, the trouble doesn’t necessarily stem from deficient demand. If so, there may be little monetary policy can do against these phenomena. Fourth-quarter 2018 US policy easing led to a recovery in trade volumes, but it was snuffed out by more tweets.

The European Central Bank (ECB) has started buying bonds again (QE), albeit in modest amounts of €20 billion a month. Monetary policy might be good for sentiment (although inflation expectations remain depressed after the announcement), but it doesn’t solve anything – as outgoing ECB President Mario Draghi made clear in his final press conference. The region underwent a textbook, property-led banking crisis, and the textbook on banking crises is large and conclusive. Scores of case studies covering 125 years say that you cannot just chuck liquidity at the problem. Unless you comprehensively restructure the balance sheets of the lenders and borrowers involved a banking crisis is highly likely to recur.

Structural reform and fiscal stimulus are required. The tone is shifting in Germany, a recognition that fiscal policy should be looser when the country and some of its neighbours are being paid to borrow. We’re heading to Frankfurt in early October to put our ear to the ground. Meanwhile, Brexit rolls on. The government’s wriggle room diminishes as Halloween approaches. We’ll be publishing something soon.

In sum, we remain invested but defensive. Just don’t mention the tweets. Our preference remains for a tilt towards quality, cash-compounding ‘growth’ stocks in favour of unloved ‘value’ until we see a meaningful reacceleration in LEIs. There’s a structural as well as a cyclical reason for continuing this bias too: Growth ain’t what it used to be. It’s getting scarcer. And when something’s harder to find, its price goes up.