One of the questions that all consumers ask themselves is: ‘Should I buy insurance?’ Most people correctly estimate that, on average, paying for insurance does not make financial sense. In other words, the amount paid in premiums over time usually exceeds any claims. This is, of course, to be expected as the insurance company intends to make a return. 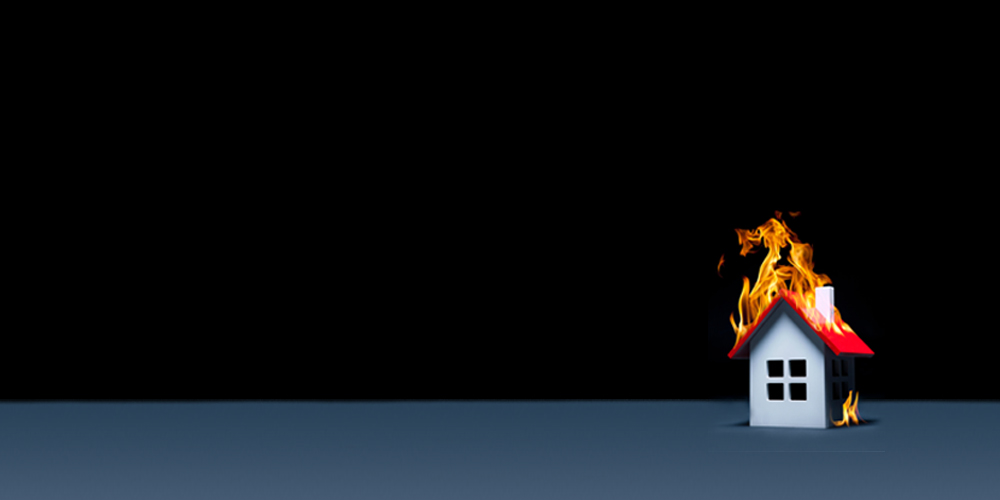 Given the ‘losing’ nature of insurance, why do all of us who own a car, a house, or other valuable possessions choose to buy insurance? There may be several reasons for this, but I would argue that the key one is to avoid disastrous outcomes. I have no idea how often houses burn down*,  but I am unquestioning about the need to insure my house from fire, regardless of the fact that I am required to do so under the terms of my mortgage.

In addition, I am not particularly price sensitive as I will pay whatever is necessary, although I may shop around between the different providers. The point is that I wish to avoid the financial disaster of my house and possessions becoming a pile of smoking ashes. The emotional impact cannot be insured against, but I don’t want to be distraught and penniless. Therefore I am prepared to pay for something that I do not expect to use and indeed hope not to use.

Personally, the question of whether to insure or not is only relevant when the worst case scenario is relatively mild. For example, I recently hired some skis on holiday in the Alps. If I had lost them, my financial loss would have been several hundred euros. As this was affordable, yet fairly unlikely, the question of whether to insure was pertinent.

Investors face similar decisions about whether to ‘buy insurance’ for a portfolio. In this case, I would define insurance as low-risk assets whose value tends to rise, or at least remain stable, in a financial collapse or disaster, thus providing some protection for the value of a portfolio. Such assets typically include cash and or gilts (UK government bonds). In my view, cash and gilts are likely to be poor investments with low returns and, after inflation is taken into account, they may well be loss-making. So, should investors dismiss such investments After all, they do not appear to fit well with a strategy to maximise returns.

My answer to this is similar to buying insurance in normal life – the question I would ask is: ‘How would you feel if an economic or market disaster happened?’ If you would be totally unconcerned if equity prices plummeted, then I would suggest insurance is not necessary. However, if this would cause an intensely uncomfortable feeling or even panic, then an element of insurance within your portfolio would surely be appropriate.

After all, one of the key objectives for most long-term investors is to be able to sleep at night. Nobody wants to sell their investments at a low point in markets, having lost a significant part of their capital, thus locking in poor performance and not benefitting from any recovery. In effect, having some portfolio protection helps to lessen the impact of the worst case scenario in the same way that house insurance lessens the impact of a fire-ravaged home.

One of the frustrations for investment managers who hold insurance-type assets in their portfolios is the impact on returns. These assets, as I have already discussed, tend to be a drag on long-term returns, making the investment manager’s performance appear ‘worse’ than competitors who do not hold any insurance.

In addition, the lower intrinsic risk of a portfolio with such investments may not be evidenced by significantly lower measures of risk, such as volatility or maximum drawdown. The reason for this is that the risk benefits only really show up in difficult market environments, such as recessions or financial crises. In more normal conditions, which might last for years, the lower level of risk may be barely perceptible in the risk data and its benefits are only made crystal clear when a financial disaster strikes.

Another question which needs to be addressed is: ‘If insurance was not required over a period of time, does that mean it was the wrong decision to insure?’ My response would be a very robust ‘No!’ The same question could be asked of house insurance when your house fails to burn down. The point is that there was some protection in place if disaster had struck and the worst case scenario had come about.

The point is that the world is unpredictable and we believe that most client portfolios should be prepared for the negative shocks which frequently strike markets and economies. Therefore these portfolios should have an element invested in those assets which give a degree of insurance, even though their expected returns might be poor. Protecting against the worst case scenario is extremely important and investment managers should not simply try to maximise returns. An investment manager who focuses on reducing losses as much as on increasing returns will serve most clients very well.