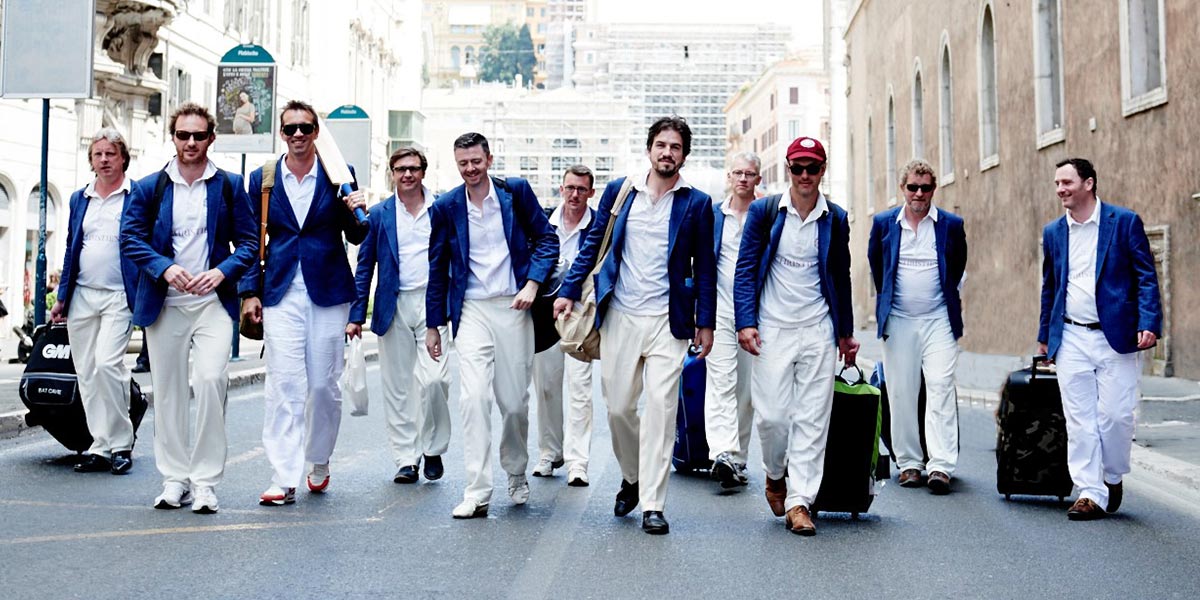 As part of the Rathbones Folio Prize programme of events, we are delighted to be sponsoring the Authors XI cricket team during their 2019 season. Rathbones is truly committed to supporting the arts, education and sport. Since 2012, the Authors XI have raised tens of thousands of pounds for charity and will be raising money again this year with  matches for The Lord’s Taverners and Afghan Connection, a charity promoting cricket as a unifying force for boys and girls in Afghanistan.

The Authors are one of the world’s oldest wandering cricket teams and many eminent writers and cricketers have played for them. An offshoot of the Authors’ Club, they played regular matches at Lord’s against the Actors, Artists, Jockeys and Publishers until 1912. Arthur Conan Doyle and PG Wodehouse turned out regularly for the side, even opening the batting together. AA Milne was the best fielder, JM Barrie probably the worst and EW Hornung somewhere in between. The one-time England captain and Prisoner of Zenda star C Aubrey Smith led the Actors, and went on to found the Hollywood Cricket Club with Boris Karloff. Wodehouse was the club’s first secretary.

In the 1950s, the Authors played regular matches at Vincent Square against the Publishers. Alec Waugh and Edmund Blunden were joined by Test legends, including Len Hutton, Douglas Jardine and Denis Compton. In 2012, a century after their last match at Lord’s, the Authors took the field again. They revived the traditional games against the Actors and Publishers and faced other opposition, including the Lords and Commons at Sir Paul Getty’s beautiful Wormsley ground, the Gaieties at Lord’s (covered by Radio 4’s Front Row) and a Wisden XI in Victorian garb to celebrate the 150th edition of the Almanack. That winter, the Authors toured India, playing at Bombay Gymkhana, the venue for England’s first Test on the subcontinent, and opening the Jaipur literary festival with a spectacular match against a Rajasthan Royals XI. The captains rode out for the toss on camels and the Authors made the front page of the world’s largest newspaper, The Times of India, the next day.

Since then, the Authors have beaten the national team of Japan and toured Sri Lanka, where they played eight matches in nine days, against teams of prison guards, tea planters and the Colombo Colts. They donated two pitches and four kit bags to local schools there, sponsored a promising young player, and were, very briefly, mistaken for the England team.

In 2015, they travelled to Rome to play the Vatican and presented Pope Francis with his own Authors cap. In 2017, they faced the national team of Iceland in a three-match series in Reykjavik, losing to the Puffins 2-1. The Authors have played at numerous festivals, including their own EFG Words & Wickets, which celebrates cricket’s long and great literary tradition.

Rathbones’ own XI take on the Authors on 25 July at Dulwich College, the ground at which PG Wodehouse played his cricket.

If you’d like to attend any of the matches, please email louise.willows@rathbones.com