Home › Insight › Review of the week: Be best

Review of the week: Be best

The Donald has ratcheted up tensions in the trade stand-off just when a resolution was so close you could taste it. Our chief investment officer Julian Chillingworth ponders whether investors are right to shrug it off as gamesmanship. 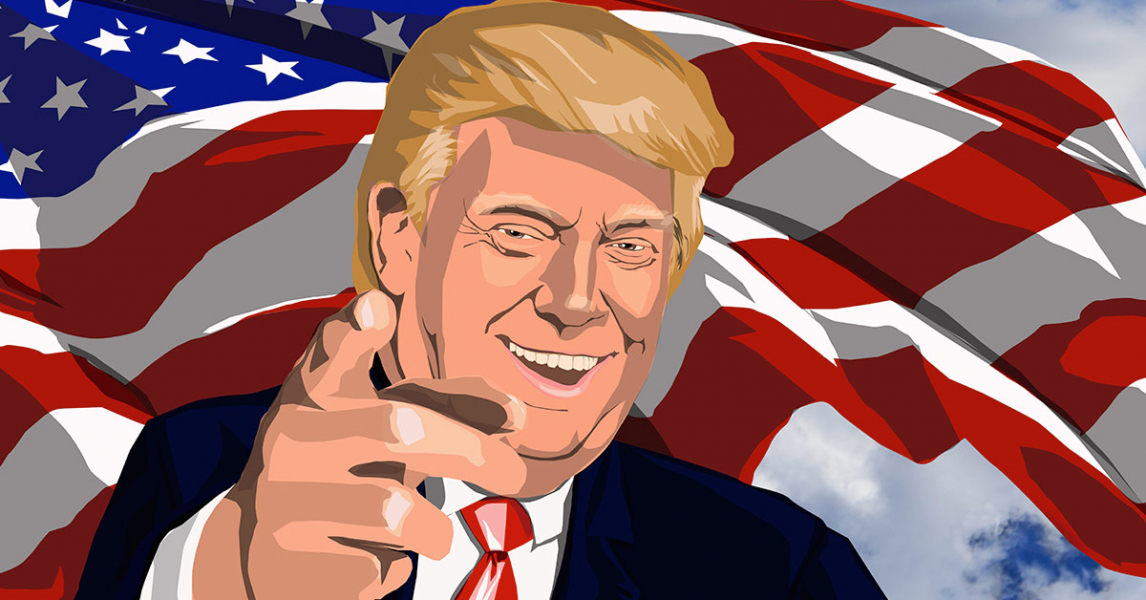 After a week of investors psychoanalysing policymakers and semantically studying their comments, Donald Trump stole back the headlines on Sunday with an ultimatum for China over the trade deal. It’s sort of wonderful, really. The Fed spends painstaking hours compiling nuanced commentary about markets and their strategy to prevent causing too much market ruction. The President knocks together a late-night tweet and bangs it out without a care in the world. Both methods turned out roughly the same – to differing degrees.

Fed Chair Jay Powell disappointed investors at Wednesday’s press conference by saying that recently low inflation was caused by ‘transitory’ drags rather than something more perpetual. A central bank that believes lower inflation is fleeting is less likely to cut interest rates to bolster economic activity and boost inflation – something that many investors had decided was virtually a done deal. Interest rates that are either the same or higher for the next year or so means a higher discount rate than the one used by those investors who thought there would be a rate cut. (Cash in the future is worth less than money in your hand today; a discount rate is the maths behind that universally understood principle.) All this simply meant future company profits were suddenly worth less than previously thought, so equities dipped.

Mr Trump’s contribution was much simpler to explain: on Sunday he tweeted his displeasure about Chinese backsliding on the eagerly awaited Sino-American trade deal and threatened to increase tariffs from 10% to 25% tariffs on $200 billion of Chinese imports on Friday. Another $325 billion of imports by would ‘soon’ have 25% tariffs slapped on them too. The Shanghai-Shenzhen A share CSI 300 Index slumped almost 6% on Monday, while the S&P 500 fell just 0.5%.

It seems that many US investors have decided that Mr Trump is actually bluffing and that his last-minute hardball is actually classic The Art of the Deal strategy. The fact that he’s threatening China with the economic equivalent of a slap to the face with a dead tuna is really a good thing. We think this could be a risky assessment. We have felt that a deal would be done on trade because it’s in the interests of both nations. We also felt that it made sense for them to ink an agreement in a timely manner because Mr Trump wants a win to take on his imminent re-election campaign, while slowing Chinese economic growth meant the communist leaderships would rather avoid further deterioration. That situation may have changed. Mr Trump still needs a win, but the Chinese economy seems to have levelled out, perhaps offering the nation more time and latitude to haggle for things that would play well at home. A deal will probably come, but it could be much later than many had hoped.

It’s hard to know what’s going on behind closed doors, but getting too excited on flimsy evidence is inadvisable. Mr Trump didn’t really write his memoir, for one! But there’s one thing that appears to be known for certain: if you don’t want to hurt markets too much, tough love is the best answer. Don’t pussy foot around. Be bold, be digital, be best.

Meanwhile, deal-making dominates in the UK as well.

The government and the opposition have been busy hammering out an agreement to move Brexit forward and it’s believed that they could be making some headway. The deal would be some version of a customs union and there are rumours that Prime Minister Theresa May is going to canvass Conservative MPs about including a second referendum as ratification for any proposed deal.

It’s hard to get excited about any developments here. Every option that is raised is howled down by a substantial segment of MPs and the public. This version (supposedly) has cross-party support, which could give it the votes needed to get across the line. But you can’t help feel that neither of the major parties has a coherent Brexit policy, so the nominal support of a party isn’t what it once was. The whips have lost control of the circus, so to speak. Brexit has seemingly joined ethical questions as a matter of conscience.

Brexit isn’t the only thing going on though. First-quarter GDP is due on Friday and is expected to tick up noticeably to 1.8% a year from 1.4% in the fourth quarter. Even 1.8% isn’t exactly stellar, but we would take it. It would follow a good month for the services PMI survey of business orders and sentiment, which hit an above-consensus 50.4. The UK has felt like it’s been limping for a very long time now so a bit of metaphorical sunshine would be nice (no chance of the real stuff, we fear).