Review of the Week: Building trust

By knowing more about a problem and its solution, you can fix it. But you can also con people. Chief investment officer Julian Chillingworth draws parallels between politicians and economists and builders and mechanics. 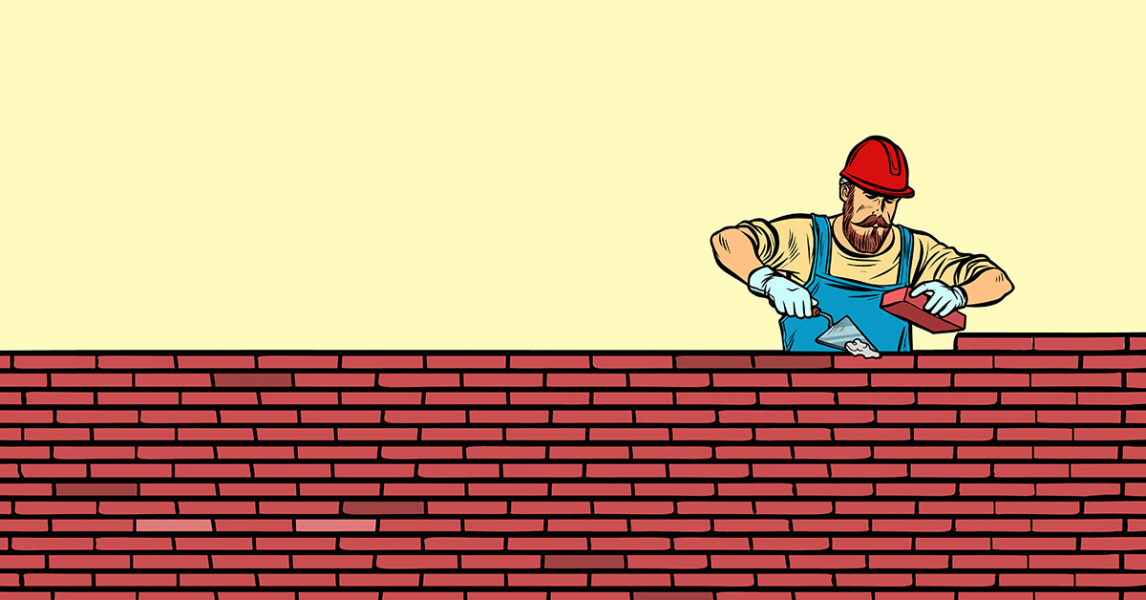 You can quibble about the state of British politics and the ineffectiveness of our leaders. But we’re definitely getting our money’s worth of democracy.

We know, we know, every vote costs the country about £130 million to organise. But there are roughly 52.4 million adults in the UK. That’s less than £2.50 a pop. Absolute bargain. Direct democracy for less than the price of a London latte. And more froth for your pound! There are spill-overs here too. During elections more people are engaged and hopeful; more politicians are engaged and nervous. MPs are keenly aware that they have to resonate with the voters or lose their jobs.

Of course, we’re being a bit facetious here. Yes, it’s good when MPs are aware of their precariousness and their duty to voters. But true direct democracy is too unwieldy to govern a modern nation. There is a school of thought that the digital age could usher in a golden period where everyone can cast their vote on everything, online, sending us back to the democratic Greek city states of antiquity. Today’s societies are so complex, the solutions and trade-offs nuanced and specialised. Expecting the general mass of people to understand the intricacies of environmental policy, incentive structures of taxes, the pros and cons of free trade – and the thousands of other issues – is naïve. Not because people are generally stupid or subpar, but because it’s a full-time job to read up and understand these issues and make an informed decision. Few people have the time and inclination to do so, especially considering we are working longer and longer days. The battle between Netflix and a 60-page briefing on waste water policy would be over before it even began. Imagine the damage such uninformed voting would do to our nation …

The problem with politicians is the same problem we have with mechanics, lawyers, builders and even computer coders. We don’t trust them because we know they understand the problem and we don’t. They can use that information asymmetry to put more cash in their pocket at our expense. And yet, if we tried to replace our own clutches, write conveyancing contracts, build conservatories or programme our own software, most of us would do a terrible job. Why do so many people think running a country is easier or less complicated than other jobs that most of us are utterly unequipped to do?

Like with other trades and services, trust is the bedrock of politicians’ repeat business. And it appears that many MPs aren’t getting much repeat business in the form of loyal voters. The British Election Study shows that half of UK voters have switched parties over the past three elections. That study also shows pollsters could be asking the wrong questions, so the overwhelming Conservative lead may dissolve into another hung Parliament (we believe this is the most likely outcome of the 12 December election). Rather than asking, “who will you vote for?” people should be asked, “who do you believe will win?” That way could better adjust for tactical voting.

We need to make sure politicians are accountable to us. That they tell us the truth and that they vote in good faith for our interests. Not doing what gets short-term support because you drop the right kind of buzz-words or empty phrases that played well with focus groups. They need to explain themselves better, in simple language that people can understand, not in the jargon that drapes the world today. That may help them rebuild the public’s trust.

We’re guilty of it too: the financial world is awash in obscure terms and arcane processes that make it difficult for outsiders to comprehend. A recent YouGov poll showed Britons really want to better understand economic issues, but they are deeply divided on whether economists can be trusted. Most remain voters felt the forecasters based their work on verifiable data and disinterested analysis; most leave voters believed the opposite. It seems highly likely that both sides are basing their assumptions about economists’ ethics and competence on whether the result accords with their beliefs. Not exactly a ringing endorsement for the way our industry operates. That’s why we’re trying to improve the way we explain ourselves to our clients and wider society.

George Orwell was right when he warned that you can distort your environment by distorting language. We all have a responsibility to remain civil and truthful.

The US Federal Reserve (Fed) cut interest rates to 1.50-1.75% last week, as expected. The third 0.25% cut of the year came just after news of better-than-expected American GDP growth in the third quarter. Other economic data was also relatively upbeat, with many more jobs created than expected over the past three months, and the ISM Manufacturing survey improving – particularly when you look at new orders.

The Fed has said it will wait on “incoming information” before making any further interest rate moves. To be frank, that pause is probably more in the hands of the US stock market than the central bank. Every time the market wobbles, showing investor nervousness, the Fed has stepped up to cut rates. There’s a sort of feedback loop going on here and at base it’s probably down to the Fed worrying that business investment remains depressed. The American economy is increasingly being driven by household and government spending alone. And the reason for a lack of business investment? Perhaps because company managers are concerned that greater investment and lessened profit margins would lead investors to make punchy re-evaluations of a business’s price relative to its earnings. Instead, businesses sit on their hands, the Fed cuts rates and the stock market hits another record high.

Obviously there’s another cloud hanging over company managers and stockholders: the US-China trade war. The tit-for-tat exchange of tariffs, boycotts and business blacklisting has been chugging along for more than a year now. The US has slapped punitive tariffs on $550 billion of Chinese goods; China has retaliated with tariffs on $185bn of American imports. Worse than that is the feeling that the discussions between the two aren’t really running on good faith. US President Donald Trump flicks out multi-billion-dollar tweets seemingly at random. Rescinding them one day, then ratcheting them up the next. It’s dizzying and perhaps no surprise that it encourages inaction among businesses and investors.

China has problems of its own at home, too. Hong Kong has officially slumped into recession, due in no small part to months of street violence and protests. Chinese troops have been stationed just across the border in Shenzhen for months now. Just last week, the 400-strong Communist Party Central Committee met in Beijing for an annual discussion of the nation’s political path. High on the agenda: the importance of centralised power …

There’s an interesting dichotomy in China right now. National pride appears strong, with recent boycotts declared on businesses from America, Japan and South Korea for perceived slights on China. However, an FT Confidential Research survey of 1,000 Chinese found that a fifth would leave China permanently if they had the means to do so. That rises to 36% of those with higher-incomes (RMB300,000+, equal to £33,000). This survey could well be flawed; and who knows how Britons would respond to such a question! But if true, it means that people become disillusioned with China’s system when they get wealthier. That makes sense: you will live with an onerous system that helped you escape poverty. But when you have money, your patience may run out. The next decade could be a difficult one for China’s leaders, and Hong Kong could well be a dry run for they intend to deal with such unrest.