Home › Insight › Review of the week: Out in the cold

Review of the week: Out in the cold

While the US continues to dally over a trade deal with China, Russia has forged one of steel and gas with the Eastern giant. Chief investment officer Julian Chillingworth ponders a gas pipeline in frozen Siberia. 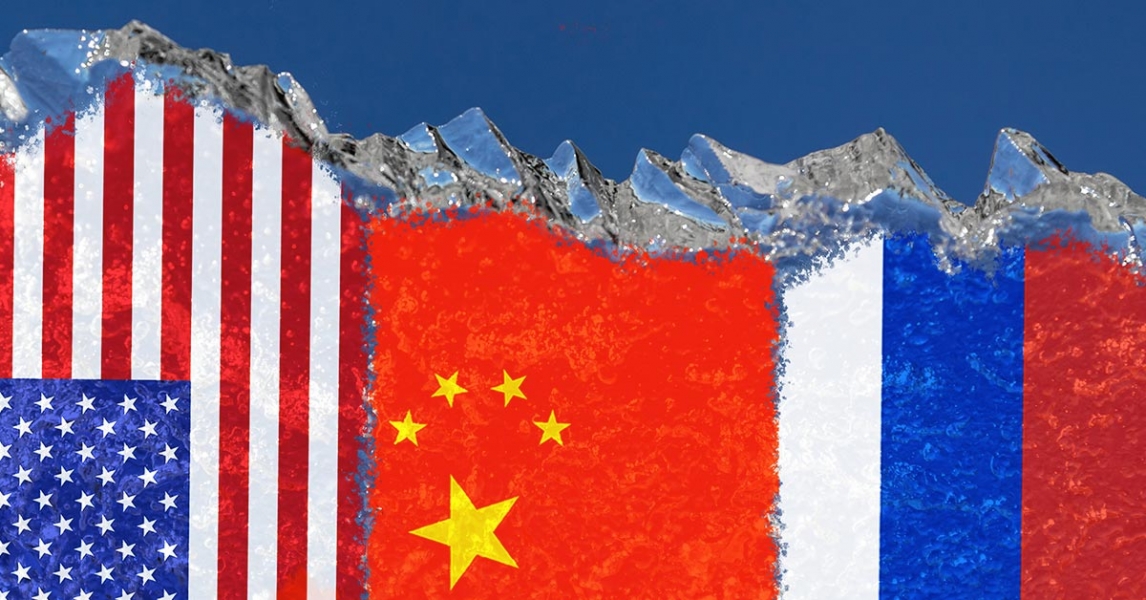 One trade agreement that has actually come to fruition is one between China and Russia. A $55 billion pipeline to deliver natural gas from Siberia to the industrial north-west of China was opened today. The $400 billion energy-supply agreement was agreed back in 2014, a few months after Russia annexed Crimea and at a time when it faced European sanctions. The deal provides Russia with foreign currency other than the dollar and gives China an alternative to American liquefied natural gas, imports of which have now shrunk to nothing from 17-billion-odd cubic feet per month back in early 2018. It should also help Russian gas exporter Gazprom, which took a 45% hit to profits this year. The company has a monopoly on Russian gas exports and struggled in 2019 due to sending lower volumes to Europe as well as because of a crash in the gas price there.

The Russo-Chinese tie-up also reduces Chinese demand for crude oil. This energy alliance will have a significant effect on the global energy market, if it hasn’t already. The Opec oil cartel meets Thursday (along with Russian officials) to ink a new production quota agreement to try to buoy the oil price.

Despite the US-China trade deal once more getting kicked into the long grass, the S&P 500 hit a new record. It has been an extraordinarily strong year for the US so far, returning almost 28% in dollar terms, on track to post its best year since 2013. Meanwhile, Chinese manufacturers continue to recover from this year’s slowdown. The Caixin Chinese manufacturing PMI – a survey of hiring intentions, upcoming orders and business sentiment – jumped unexpectedly in November to 51.8. It’s the fifth consecutive monthly improvement for the measure, which focuses on smaller, private businesses. Larger, state-controlled behemoths are picked up by the official government-produced manufacturing PMI, which printed at 50.2, up from 49.3 in October. It’s the first time it has risen above 50, a rough yardstick of expansion/contraction, since April.

American manufacturers have had a tough time of it too, according to the ISM PMI survey. It ticked up in October, and is expected to post another improvement when released later today. However, it is still firmly below 50.

It’s 10 days till the election and the polls are all over the place.

Some show the Conservatives romping home, others predict them eking out a slim majority. Yet others are calling a hung Parliament, none have ventured a labour victory. Betting odds remain pretty good for a Conservative victory as well, and describe an uphill struggle for Jeremy Corbyn akin to K-2. We tend to put more weight with bookies’ odds than with polls. There are two main reasons for this. This first is simply because judgments tend to be much keener when people have their own cash on the line. The second is that traditional voting patterns have been ripped apart by populism and Brexit, leaving pollsters’ models highly vulnerable to bad assumptions and incorrect extrapolation.

Another measure we like to keep tabs on for the likely election result is sterling. Since late October, the pound has stayed in a very tight trading range of $1.28-$1.30 and risen ever so slightly against the euro to €1.17. We think a Conservative victory – or a greater chance of one – will push the pound higher. Conversely, a Labour upset or a hung Parliament would open a trapdoor below sterling as investors panic about Jeremy Corbyn’s radical agenda/erasing of the current Brexit clarity. For now, sterling traders don’t appear to have made a decision either way.

As it goes, the Conservatives offered a particularly uninspiring manifesto, and despite its simplicity it still hasn’t been fully costed. Heartening promises to add substantially to frontline staff at the NHS and police have subsequently been shown to be sleight of hand and overstatements. Boris Johnson’s gung-ho promise to have a free trade deal signed by the end of 2020 is also difficult to believe. If he is returned to No.10 and sticks to his guns in refusing to extend the one-year transition period, the UK could tumble out of the EU into WTO tariffs. That’s economist speech for a hard Brexit. The widely respected Institute for Fiscal Studies projects that this scenario would be the most damaging to the public finances by a huge margin (relative to the Labour manifesto). But public borrowing would be flat under the Conservatives if they can handle Brexit smoothly, and companies can rely on the continuity of business-friendly policies.

Meanwhile, in the red corner, we have Mr Corbyn’s truly breath-taking tax and spend plan. The proposed programme isn’t the communist takeover many people think, but it is definitely radical and, we believe, would skew the UK’s economic prospects towards the negative. Day-to-day public spending would increase by 10% under the plan, taxes would shoot up for investors, businesses and the wealthy. It aims to reduce inequality and boost the nation’s ailing infrastructure and public services – laudable goals that we support – but we think Labour’s answers would simply create more problems and dissuade investment.