Home › Insight › Review of the week: Sky rockets in flight

Review of the week: Sky rockets in flight

Stock markets went bananas last year as China and the US appeared to finally agree on trade. But then the killing of a top Iranian general set off geopolitical fireworks. Chief investment officer Julian Chillingworth mulls the consequences. 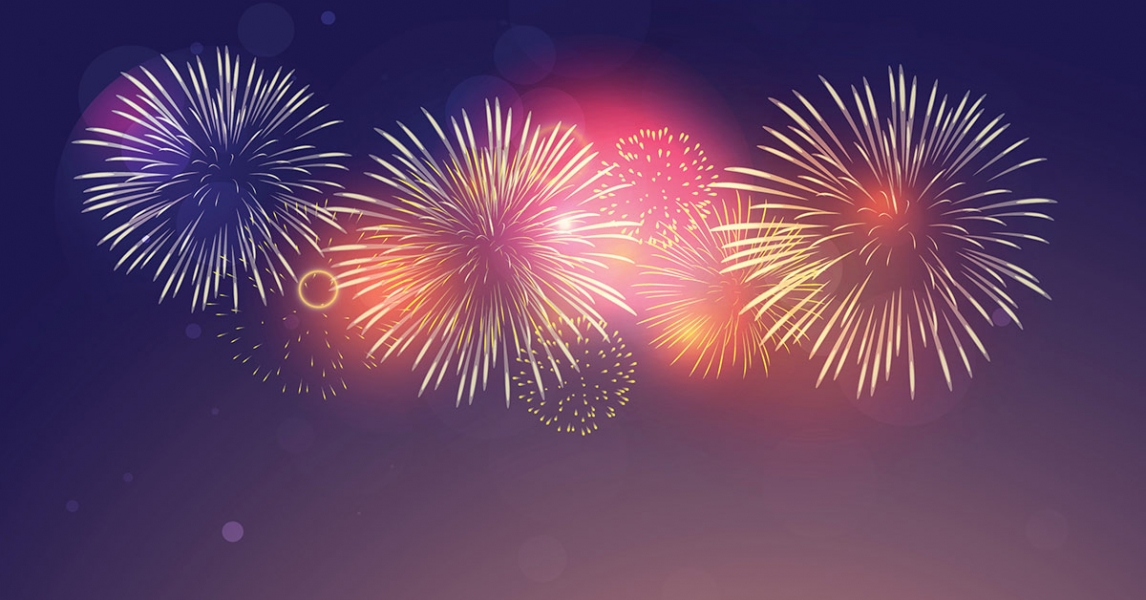 Yes, there was a correction in late 2018 that helps flatter these annual results, but the snapback in stock market fortunes is breath-taking. Especially when you consider that analysts have been cutting earnings estimates for the S&P 500. The index is on track to post the fourth consecutive quarter of earnings decline. The sectors worst hit, according to FactSet, are consumer discretionary (carmakers and toy companies), industrials, energy, and materials companies. Meanwhile, utility firms are boosting profits by more than 10% on the previous year.

Overall, there seems to be quite a bit of hope baked into share prices as 2020 dawns. Much of this optimism is founded on the ‘phase-one’ trade agreement sign-posted by the US and China late last year. The terms of the deal: China is expected to increase its imports of American agricultural products and bolster its intellectual property laws; the US will abandon $156 billion of threatened tariffs and halve existing levies on another $120bn of Chinese products. The two sides are due to ink the agreement on Wednesday. Also, a second round of trade talks will follow shortly after, but a ‘second-phase’ deal is unlikely till after the US election. If you were China, you would probably hold out for a more conventional adversary too.

Company analysts and economists are hoping that these measures lead to an uptick in economic growth which would then flow through to greater company profits. If stock markets are to hold on to their 2019 gains, this improvement in company earnings will be crucial.

Another important factor is interest rates. As we enter 2020, virtually all forecasters expect the US Federal Reserve to keep its monetary policy steady. All things being equal, lower interest rates mean higher stock prices because interest rates are used today to put a dollar value on all those profits that companies are expected to make in coming years. The lower the interest rate, the more value you put on those future profits; the higher the interest rate, the less value. Investors are complacent about the risk of interest rates going higher because there is an overwhelming general agreement among those in the know that GDP growth and inflation are likely to remain low.

By keeping interest rates low, central banks encourage people and businesses to borrow money to buy things they want or invest. This stimulates the economy and ensures that new projects get off the ground and enough jobs are created for everyone. The only impediment to keeping rates low is when GDP growth becomes so strong that all the spending on shopping and investment gets ahead of itself and starts to push inflation higher. At that point, central banks have to raise interest rates to keep prices from rising rapidly and potentially getting out of control.

Developed world inflation has been relatively benign for several years now. In the past, inflation has tended to rise when unemployment drops as low as possible. In many countries the number of jobless people has been slashed, yet there has been no significant increase in inflation. Having perplexed economists for years, the strange phenomenon has now been accepted as part of the furniture. When inflation does arrive it could cause quite a ruckus, so remember to keep an eye out.

US-Iran tensions hit crisis point 10 days ago when the US assassinated Iranian General Qasem Soleimani in Iraq. And then both sides quickly de-escalated.

This will be only temporary, however. Part of the reason for Iran’s hesitancy to jump into full-fledged aggression could be that Mr Soleimani was the very man who would have been tasked with retaliation. He is the keystone that held up the crescent of Iranian influence spanning the whole Middle East, from the Afghan border in the east through Iran, northern Iraq, Syria and Lebanon on the Mediterranean coast. America’s brazen strike – which killed many Iraqis in their own country as well as Mr Soleimani – was as understandable as it was legally dubious.

Few Westerners will have heard of Mr Soleimani before his execution, but he was a Middle Eastern power player for decades. Mr Soleimani used militia from across the Muslim world, terrorist cells, regular Iranian troops and diplomatic power in an intricate chess game that helped Shi’a Islam pack more clout than you would expect – or read about in the newspapers. Mr Soleimani helped Iran transform itself from a pariah state to a regional power to be reckoned with, jostling with Saudi Arabia, the pre-eminent nation of Sunni Islam. Mr Soleimani even used the Arab Spring uprisings of the early 2010s to lend aid to rebel movements against Sunni leaders and spread Iranian influence in the Middle East. The civil war in Yemen, raging since 2015, can be seen largely as a proxy war between Iran and the Saudis.

He managed to enlist allies further afield, too. When Syrian President Bashar al-Assad was struggling to stop his soldiers defecting during the siege of Aleppo in 2015, it was Mr Soleimani who flew to Moscow to secure Russian air support. This turned the tide of the war, driving out most of the remaining (mostly Sunni) rebels and ISIS fighters, entrenching the Al-Assad regime and keeping Iran’s network of power intact. This ultimately culminated in the destruction of the ISIS caliphate in early 2019. Yet Iran’s influence in all of these conflicts went largely unmentioned in press reports.

Suffice to say, a giant of Middle Eastern affairs has been taken down by the US and the consequences are likely to be as dramatic and protracted as they will be difficult to see on the surface. So what does all this have to do with the price of gas? It means greater turmoil in the Middle East and, potentially, a more erratic and less thoughtful Iranian foreign policy. So higher crude prices and more frequent spikes, as we saw last week with Brent Crude spiking to more than $70 a barrel.

The US (and most of the rest of the world) has been throttling Iran’s economy since the mid-2000s due to the nation’s nuclear weapons programme. The effects have been punishing on the people. That’s why there seem to be almost as many Iranians on the street protesting against the government as there were calling for the destruction of America a few days earlier. Iran needs customers for its oil to get more money to its people and it will no doubt want to get revenge on the US. Iran will be pushed further into the arms of Russia and – perhaps – into a greater entente with China. Iran is smack bang in the middle of China’s Silk Road Economic Belt trade route linking Europe to the East via Russia and the Middle East.

Donald Trump’s predecessor, Barrack Obama, had tried to implement a “pivot to Asia” whereby the US extricated itself from the Middle East and focused its attentions on a resurgent China. It looks like Mr Trump may have inadvertently plunged America back into Middle Eastern affairs while also strengthening China’s influence. Only time will tell how this power game will play out.