Home › Insight › Review of the week: Too much oil

Review of the week: Too much oil

Crazy phenomena like negative oil prices will keep popping up over the coming months warns our chief investment officer Julian Chillingworth. Investors will ignore most of it, but when they do panic, stocks could return to their March lows. 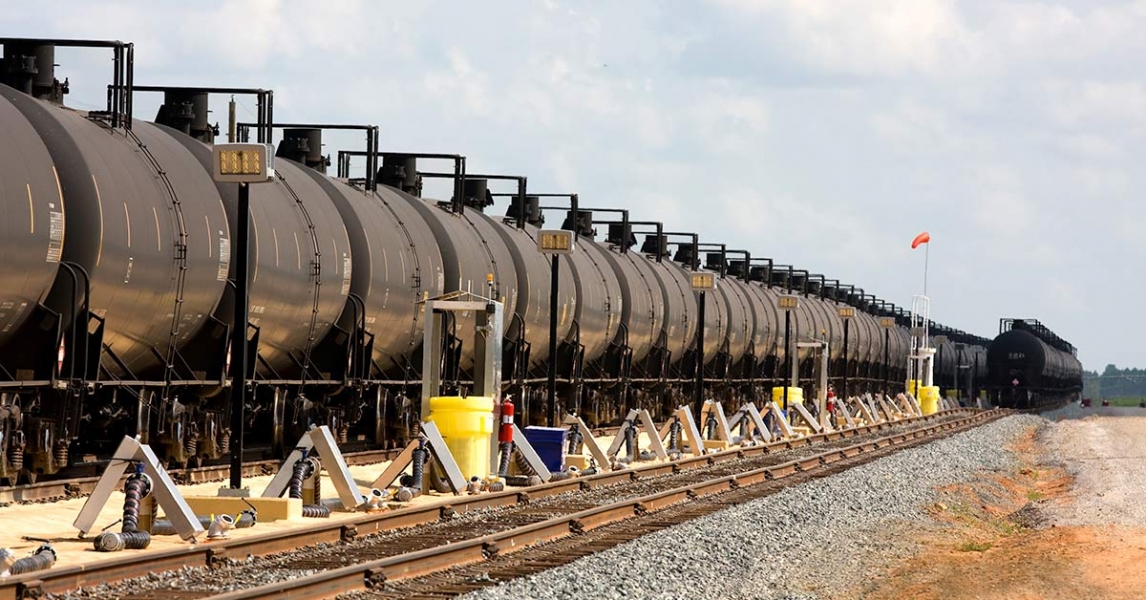 Oil prices went negative for the first time ever last week, yet stock markets took it in their stride.

The price of West Texas Intermediate oil crashed last week as extremely muted demand was met with huge oversupply. The global oil industry is in the midst of a storage crisis. A consignment of oil isn’t a bag of peanuts. It’s messy, toxic and extremely flammable. To store crude oil you need huge tankers and drums and bowsers. And you need to pay someone to watch it and make sure it doesn’t leak or blow up (plausibly, someone may try to steal it too, but who would they sell it to right now?).

This all costs money, and when there’s virtually zero storage space left that costs a lot of money. That’s why the American crude oil future for delivery in May got as low as -$37.63 a barrel. That future is a contract that obliges the person who owns it to receive 1,000 barrels of crude oil in one month’s time. In English, that’s a contract to receive a really big headache, which is why the future price went negative: owners of oil are paying people to take the problem off their hands.

By the end of the week the oil price had steadied once more, but there are still serious oversupply pressures which won’t improve any time soon. This doesn’t mean that oil is doomed or that no-one will ever drive again. It’s simply what happens when the world stops but the oil pumps don’t. Our world runs on carbon – and will do for many years yet. What it does highlight is that the oil industry must become more flexible, both in its technology and its business strategy.

This won’t be the last strange and unexpected phenomenon to crawl out of the woodwork in the coming months. During economic crises, secondary effects ripple outward, clashing and merging with other secondary effects. This interplay creates all sorts of consequences and situations that are impossible to predict. Investors become indifferent to them, however. So something that would typically send markets sprawling – like negative oil prices – gets shrugged off. That will hold until it doesn’t. Markets have had a pretty good run over the past few weeks, despite a whole host of horrible news and poor earnings updates.

Plenty more news will be released this week and it’s likely to be pretty grim. Earnings announcements are mostly a formality, as investors already know that the economy is on ice. Yet any surprises for companies that are widely assumed to be insulated from the effects of the pandemic will have an outsized effect on investor confidence. Economic data is going to be hard to use, given many surveys are unlikely to be comparable with previous iterations. Take US Core PCE inflation, for instance: the number due out Thursday includes many things that can’t be priced right now, such as holidays and cinema tickets. And some things that can be priced are distorted, like groceries that will be affected by many closed stores and a lack of routine supermarket discounting (to discourage stockpiling).

Three things that will be watched very closely are the US and European central bank meetings, on Wednesday and Thursday respectively, and the American first-quarter GDP announcement on Thursday. Central banks have already made implemented huge support measures, so investors aren’t expecting more this week. They will, however, be listening intently to gauge their opinions of the potential for global economic recovery. As for the US GDP number, it’s expected to have fallen 4% on the first quarter of last year. We’ll soon see how close to the mark that is.

The Bank of England’s banking regulator is worried about UK banks being too squeaky clean with their accounting. Strange times, right!

With the economy in lockdown and cash flows drying up, British banks are worried that many of their borrowers won’t be able to repay their loans. In line with good accounting practice, the banks are starting to write off droves of loans as bad or doubtful debts. They are essentially revaluing their assets (all the loans they have made) to account for the new post-corona reality. What’s wrong with that, I hear you ask. Didn’t we spend the last decade trying to make banks honest?

To explain the problem, it may help if we explain a related concept that happens much more often than an economic crisis. There’s one rule that every half-way savvy CEO follows: within six months of getting your feet under the desk at a new company, report every single skeleton you can find or plausibly imagine. Every poor investment your predecessor made, every lame division, any loans made that may not be repaid, you write down their value as much as you can. All of these assets are entries on a balance sheet. They are remnants of money paid out years ago; they really live only in accounting land. But investors tend to expect that money paid in the past – those investments – will create profits in the future. So the total value of those payments sit on a company’s balance sheet as an asset. Now, as a new CEO, you have a window where you can say, “The money was wasted, these assets aren’t worth what the other CEO thought.” By doing this, you can lance any unfortunate warts before they pop up later on when you will get the blame. Not only that, but any future profits your business makes will look better. You start from a lower base so it’s easier to post greater growth and some of your profitability measures will be flattered because you’re “using less assets” to make the same amount of money. You can see why it’s a win-win.

There’s another good time for a ‘kitchen-sinking’: when your industry is in dire straits for something you couldn’t control. Once again, there is an opportunity for a savvy CEO like yourself to rebase your assets and get rid of any skeletons in your closet without catching the blame. It wasn’t your fault! And all your industry peers are doing it too! If you’re the boss of a carmaker, a business reeling in the face of an unprecedented economic shutdown that has stopped virtually everyone driving, the story pretty much ends there. Same if you’re running a clothes retailer, or a manufacturer of white goods.

But if you’re in charge of a bank, an industry-wide ‘kitchen-sinking’ has serious ramifications for the rest of the economy. Because a bank’s ability to lend is dependent on the size of its assets and the equity shareholders have contributed. If banks drastically reduce their assets, those losses decrease the shareholders’ equity balance. That in turn drastically cuts their ability to make other loans to people and businesses who really need the money in order to survive. Now imagine all the other banks are doing this. That’s why the BoE is telling the banks to cook the books a little.