Home › Insight › Review of the week: What lockdown looks like

UK GDP fell off a cliff during the lockdown. That shouldn’t be a surprise, argues chief investment officer Julian Chillingworth, shutting down commerce was the point. 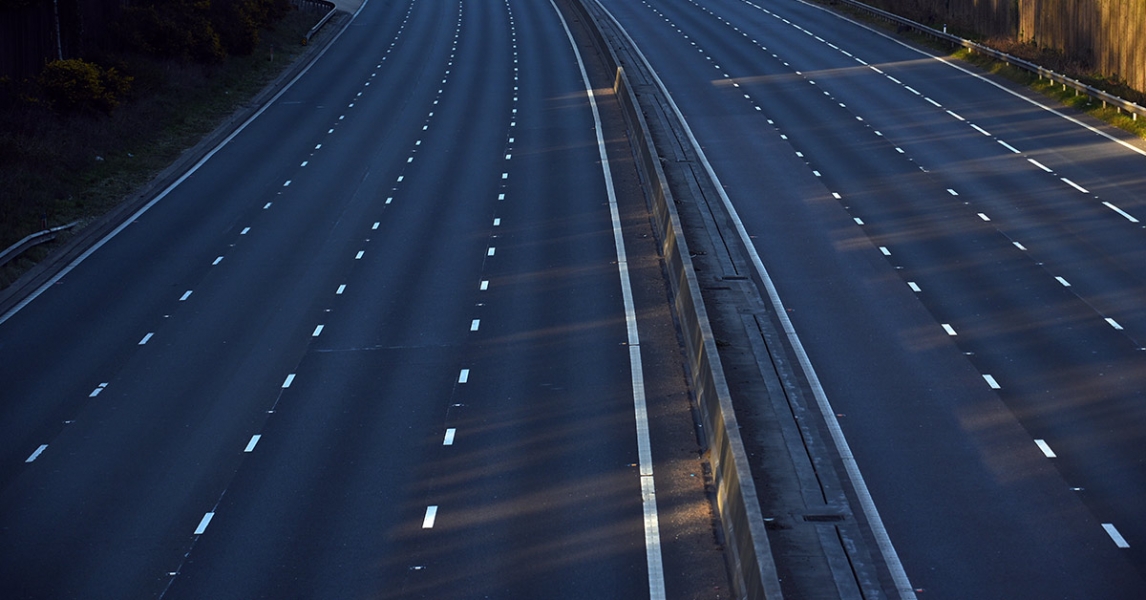 UK growth dropped a phenomenal 20% in April. One very sensationalist way of representing this slump is that the GDP lost is roughly equivalent to 18 years of growth because GDP was last at this level back in 2002. When faced with this, we think you should keep in mind two points:

First, 18 years ago the UK economy was running at near-enough full capacity; that is patently not the case today. Once the economy starts to reopen, the GDP figure should bounce back considerably. Secondly, at the end of the day, as huge as that drop in GDP was, it shouldn’t be surprising. In fact, it is in line with our forecast of how GDP would react to the pandemic and a nationwide lockdown.

In a services-heavy economy like the UK, shuttering virtually everything was always going to end in an almighty drop in GDP.

As we’ve said many times, this was government policy: restrict commerce in an attempt to slow the spread of the virus. In a services-heavy economy like the UK, shuttering virtually everything was always going to end in an almighty drop in GDP. Non-essential shops are now open in England and Northern Ireland after three months of stasis. Wales and Scotland remain shuttered, however. There are reports of a battle within the Cabinet to halve the two-metre social distancing rule in an attempt to help more restaurants, cafes and pubs reopen.

The government has had to make scores of difficult decisions during the pandemic, trying to balance the risks of destroying the economy and people’s livelihoods with the potential for widespread loss of life. They face another here. With pressure on to relax the lockdown measures and bolster the economy, the risks of a second wave of COVID-19 increase. A paper published in The Lancet suggests that moving to one-metre social distancing only minimally increases the risk of infection. Such a move would have a tremendous impact on businesses, however. Yet in reality people become complacent when danger appears negligible. Reducing the distancing rules may simply dissolve the public’s adherence to any form of lockdown altogether.

An outbreak of COVID-19 at a food market in Beijing at the weekend shows the risk of this virus is not behind any nation. The city had gone 56 days without a confirmed case, yet large sections of it were quickly shut down. If a country with widespread testing, tracing and iron-clad quarantine laws can experience a second wave, the UK is also vulnerable to a resurgent virus. As is the US and Europe and anywhere else. Meanwhile, even as the virus recedes from Western nations, it is spreading rapidly among the developing world.

While UK GDP will recover dramatically from its nadir during lockdown, how closely it will come to where it was before the pandemic is the question of the year. More accurately, it’s probably the question of next year when we will know whether we’ve managed to banish the virus and when we start to get a handle on how much permanent damage the pandemic has done to businesses and people’s confidence to spend and enjoy themselves.

In the meantime, in a bid to keep companies’ borrowing costs tamped firmly down, the Bank of England is slated to add between £100 billion and £150bn of purchases to its quantitative easing programme. The bank has bought almost £200bn of government and corporate bonds since March, taking the total amount to £645bn. By purchasing so many bonds, the bank keeps demand for debt high, boosting its price and therefore keeping yields (borrowing costs) low.

For more information on the economic backdrop and its bearing on stock markets, our head of asset allocation research, Edward Smith, has recorded a video which you can watch here.

With about $6 trillion of cash accumulating in Americans’ accounts in April (and probably another $6trn or so amassed in May as well), the pent-up demand in the US could be huge.

Some of that demand appears to be leaking out into stock markets. For many Americans the lockdown has left them with a surfeit of money and time and a lack of sports to gamble on. Online stockbrokers reported extraordinary increases in new accounts and the volume of trading in some shares soared over the past month or so. This wave of new investors isn’t the reason for the recent rally in stock markets, according to investment bank Barclays, which has done a deep dive into the claim. And that fits with our gut instinct that such flows would be simply too small to truly influence such gargantuan markets. However, it is interesting all the same. The number of people who felt confident enough to invest their cash bodes well for the US economy and therefore for the world at large.

There is also a dark side to this wave of new investors though. With so many uninitiated investors taking a punt on stocks, some are making very dangerous assumptions. One of those appears to be that any company whose share price fell a lot is likely to rebound just as hard. Several companies that have filed for bankruptcy, such as car hire giant Hertz and department store JC Penney, have enjoyed a bizarre revival in their shares. JC Penney’s share price soared more than 200% in a few days and Hertz’s flew more than 500%.

It does all make you wonder, what’s best to gamble on: bankrupt stocks or the English football team?

Research by Credit Suisse shows that these stocks soared in popularity on zero-cost stockbroker Robinhood over that time. How many first-time investors know that shareholders in a bankrupt company (chapter 11, in the American parlance) virtually always get wiped out or close to? Hertz and JC Penney are essentially the property of their creditors right now. They will only repay shareholders if they can recoup their own debts (which massively outweigh the company’s equity). The demand for what will almost definitely be worthless shares in Hertz led the company’s board to announce a share issue aiming to raise $1bn. A bankrupt company issuing shares is unheard of.

It does all make you wonder, what’s best to gamble on: bankrupt stocks or the English football team?