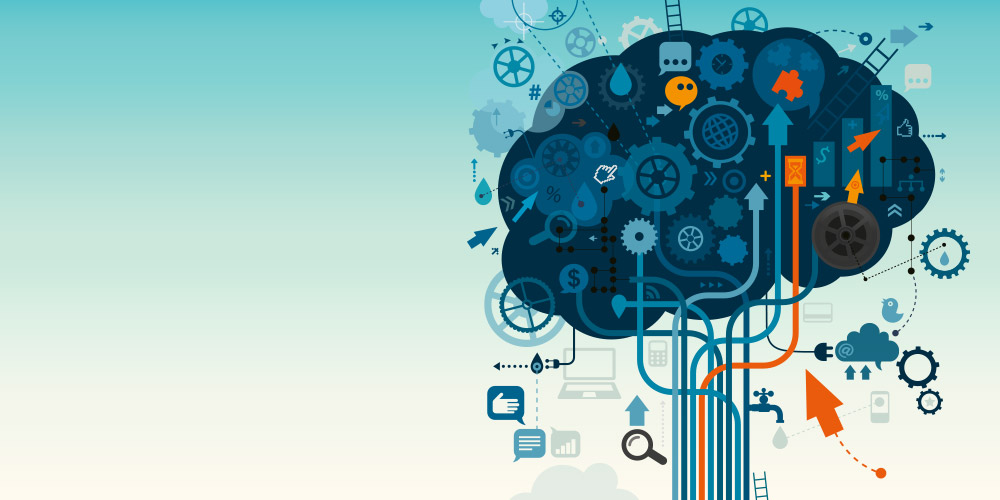 Why should we bother?

Is there a majority in Westminster for any Brexit deal? What is Jeremy Corbyn’s position on Brexit exactly? Is the Irish border just too intractable a problem? These are all questions to which we ultimately must answer, “We don’t know.” We can have – and have had – many informed debates, but ultimately we don’t know. We’re not sure anyone does.

But stopping at “we don’t know” is not good enough. For sure, our job isn’t to provide political commentary, but politics is having a meaningful impact on UK financial markets and resigning ourselves to a shrug of the shoulders would mean we’re not thinking hard enough. It would probably make our clients a little uncomfortable too.

Stopping at “we don’t know” today could also make us slow to react tomorrow if the situation clarifies. For that reason we have built a decision tree, with branches that take us to a range of possible outcomes. We can then adjust which branches carry more weight when we get new information.

Stopping at “we don’t know” is actually a missed opportunity. It turns out there’s actually quite a lot of information in “we don’t know”. That’s not the case if we start with the rather blunt question, “How’s Brexit going to turn out?” But if instead we break down that overarching conundrum into a sequence of smaller questions, we can provide a much more helpful answer even if we have still answered “we don’t know” at each stage.

This is illustrated by our decision tree in figure 1 below. There are six branching points, four of which we reckon have a 50-50 probability of progressing along either branch – the mathematical expression of “we don’t know”. Yet when we work our way down the tree to the five possible outcomes in red and calculate their conditional probability, we find that they are not all equally likely. In other words, we know a little more than we thought.

And that little extra knowledge – that some outcomes are more likely than others – is important for investors, because financial markets are nothing if not probability-weighting mechanisms.

We have kept our tree simple. We’re not trying to capture Brexit’s full gestalt and we are sure you can come up with any number of more nuanced additions. We think it’s more helpful and more workable to reduce it down to the most crucial points.

We start at the top by asking what the possibility is that the government could strike a deal with the EU – one that it could plausibly take back to Westminster. Often commentators start with Britain’s own political infighting, but of course Brussels could simply send the UK’s delegates back to London without a ‘deal’ worthy of the word. The EU has struck a far less recalcitrant tone lately, and this is one of the few questions that we answer with more conviction. While the Irish border problem could lead to an impasse, we don’t think the EU wants to risk being blamed for nixing the Good Friday Agreement. And its national politicians, battling populist insurgencies, have a vested interest in keeping economic risk to a minimum – nothing fuels a populist insurgency like a bit of unemployment.

If Brussels does say “non” however, that could lead straight to an extremely ‘Hard Brexit’ scenario – large barriers to trade and economic cooperation – or it could lead to a second referendum (more on that in a moment).

Assuming a deal is possible, we next ask if one could be reached on a timely basis. It’s possible that 29 March could see a Brexit deal de minimis with the salient details still to be hammered out during an extended negotiating period. We call this outcome the “never-ending story”, with the cloud of uncertainty remaining over the UK. To be clear, the “never-ending story” may ultimately end in either a soft or hard Brexit down the line. Indeed we think it probably increases the chance of a softer Brexit, but we’ve constructed this decision tree with a one-year time horizon.

If more than a bare-bones deal could be agreed before the 19 March deadline, what is the chance it will pass the UK Parliament? There are really only two ways it could: either pro-leave and pro-remain MPs within the Conservative Party engage in some mutual appeasement; or MPs who want to stay in the EU’s Single Market Programme reach across the aisle.

Despite Labour MP Stephen Kinnock telling the Telegraph he’s in conversation with 15 Conservative MPs, or Anna Soubry and Sir Nicholas Soames calling for a national unity government, the latter seems rather unlikely. Labour MPs would rather engineer the collapse of the Conservative government. In June Labour rebel Chuka Umunna tabled a bill to make the government set out plans to stay in the customs union and the single market. Mr Corbyn’s office ordered MPs to abstain and all but 49 of Labour’s 262 fell into line, despite the vast majority campaigning to ‘remain’ ahead of the referendum. That said, Mr Corbyn gave a speech at the end of July extolling the benefits of Brexit: this remarkable shift may force some hands.

It seems much more likely that a deal could pass because of Conservative factions uniting against the threat of Mr Corbyn making it in to Number 10. As hard-line Conservative MPs are in the minority (Jacob Rees-Mogg’s European Research Group, or ERG, numbers between 60 and 80), this would inevitably involve a degree of softening on their part. But full Norwegian-style vassalage, to use Mr Rees-Mogg’s archaic term, is out of the question and so this Brexit would still be rather hard. We have therefore labelled this outcome a ‘Sandstone Brexit’ (sandstone is a rock, so ostensibly hard, but it’s about as soft a rock as you can get). We apologise to anyone wincing at a metaphor under torture!

If the parliamentary maths just won’t add up, the government would be sent back to Brussels (and we would go back to the top of our decision tree), but it’s hard to see what would change. However you look at it, a second referendum seems unavoidable in this scenario. The ballot paper wouldn’t be a facsimile of 2016, but instead ask “Do you wish to leave the EU without a deal?” – albeit a little more artfully. If the answer is “yes”, then we’re directed to our ‘hard Brexit’ scenario again; if “no” then the UK would revoke its notification of withdrawal. That said, a March report from the European Parliament made it clear that the UK’s notification is not revocable unilaterally. Revocation may not need to be agreed by all member states, but it would at least need to head to the European Court of Justice. And so the UK’s membership will not necessarily be reinstated on its prior special terms.

A quick word on general elections

You may be thinking that a general election could sever any number of branches in our decision tree. We have excluded this scenario for simplicity: as far as Brexit is concerned, a new government would arguably loop us back to the top of the tree, while a Corbyn-led government may have profound implications for financial markets well beyond what it might mean for the UK’s relationship with the EU. Of course it is a possibility, but we feel the Fixed Term Parliament Act 2011 makes this rather unlikely.

According to this Act, an early election requires either a motion supported by two-thirds of MPs or the government losing two votes of confidence in two weeks. There are simply not the numbers to support a two-thirds majority motion. ERG rebels may call a vote of confidence, but given that the Conservatives are barely ahead in the polls this seems like a massive gamble. Furthermore, we argue a leadership contest first is more likely, in which case the machinations of the Conservative Party kick in. Only 48 MPs are needed to call a leadership contest, but that still leaves c. 236-256 out of 316 MPs (i.e. everyone excluding the ERG) likely to vote for Theresa May. This would strengthen her position significantly – under party rules another contest cannot be held for another 12 months.

“We don’t know” does not equal “sell the UK”

Figure 2 below assesses the impact of each outcome on five key asset classes: sterling, UK-listed multinational companies, more domestically-focused UK companies, and both conventional and inflation-linked UK government bonds (‘gilts’ and ‘linkers’). Brexit is not a globally systemic event and non-UK markets are unlikely to move in response. Only 3% of the revenues earned by US companies originate in the UK; just 6% for non-UK European companies. Even FTSE 350 firms make just 25-30% of their revenue in the UK.

We use a nine-point scale, where ‘1’ represents an extremely positive impact on the asset class, ‘5’ no impact and ‘9’ an extremely negative impact. We also represent this graphically using arrows angled between 0 and 180 degrees. On the right of figure 2, the orientation of the arrows represents the probability-weighted average outcome.

The table contains brief explanatory notes, but some further reasoning may help. Our analysis suggests that sterling is already priced for a fairly hard Brexit. If Brexit were abandoned, we expect the pound would go up by more than it would fall should a hard Brexit be confirmed. On a long-run basis – the only timeframe over which we believe currency forecasts can be made with any certitude – sterling is very undervalued (using purchasing power parity or our own Behavioural Equilibrium Exchange Rate, or BEER, framework, which looks at relative prices, relative productivity and relative savings). This holds even when we hypothesise an adverse Brexit scenario. Indeed against the euro, it is still undervalued almost by as much as it has ever been in the last 35 years (although the euro hasn’t existed for that long we can calculate a theoretical exchange rate based on the fixing rate at which the old national currencies joined the euro).

A stronger exchange rate would normally weaken shares of multinational companies listed in the UK, holding all other things equal. Remember how the FTSE 100 outperformed immediately after the referendum and indeed for the rest of 2016, before underperforming dramatically for the next 12 months or so as foreign investors sold UK companies indiscriminately (regardless of their exposure to UK revenues). But there is a good case for a softer Brexit resulting in both a stronger pound and a stronger FTSE. That’s because the FTSE is so under-owned by global investors.

The latest BoA Merrill Lynch Fund Manager survey tells us that investors around the world are more or less the most underweight UK-listed equities they have been in the poll’s history. The national accounts tell us that net outflows from UK equities were larger after the referendum than at any time since 2007. If a hard Brexit starts to appear more likely, UK multinationals may be so under-owned further selling could be limited and the exchange-rate effect should dominate.

Weighting together the political probabilities suggests to us that, on balance, sterling is likely to appreciate and UK multinational companies should also do well. The arrows slope upward only gently and performance is likely to be unusually volatile until one of our scenarios is certain: risk-adjusted returns could be unfavourable. Nevertheless, the exercise shows that exposing portfolios to considerable currency risk by over-weighting overseas assets is perhaps not the best strategy given the current political outlook. “We don’t know” doesn’t lead us to “sell the UK”.