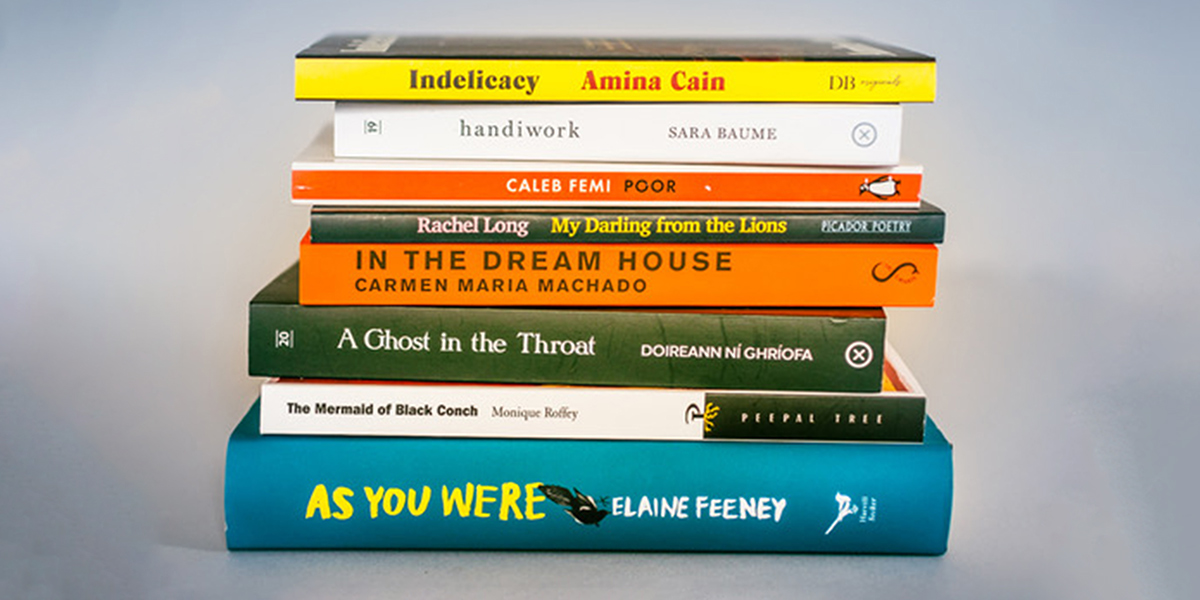 From South London’s estates to 18th-century Ireland and its modern counterpart, eight deeply personal works of literature have been shortlisted for the Rathbones Folio Prize 2021.

The judges have chosen books by seven women and one man to be in contention for this year’s prize which looks for the best fiction, non-fiction and poetry in English from around the world. Six out of the eight titles are by British and Irish writers, with three out of Ireland alone. The spirit of experimentation is also reflected in the strong showing of independent publishers.

The Rathbones Folio Prize – known as the ‘writers’ prize’ — rewards the best work of literature of the year, regardless of form. It is the only award governed by an international academy of distinguished writers and critics, ensuring a unique quality and consistency in the nomination and judging process.

The 2021 shortlist ranges from Amina Cain’s Indelicacy – a feminist fable about class and desire – and the exploration of the estates of South London through poetry and photography in Caleb Femi’s Poor, to a formally innovative, genre-bending memoir about domestic abuse in Carmen Maria Machado’s In The Dream House, and a feminist revision of Caribbean mermaid myths, in Monique Roffey’s The Mermaid of Black Conch.

In the darkly comic novel As You Were, poet Elaine Feeney tackles the intimate histories, institutional failures, and the darkly present past of modern Ireland, while Doireann Ní Ghríofa’s A Ghost In The Throat finds the eighteenth-century poet Eibhlín Dubh Ní Chonaill haunting the life of a contemporary young mother, prompting her to turn detective. Sara Baume’s handiwork – which charts the author’s daily process of making and writing, and explores what it is to create and to live as an artist – while poet Rachel Long ’s acclaimed debut collection My Darling From The Lions skewers sexual politics, religious awakenings and family quirks with wit, warmth and precision.

Last year, the Mexican novelist and essayist Valeria Luiselli was awarded the Rathbones Folio Prize for her fiercely imaginative autobiographical work of fiction Lost Children Archive. The 2021 winner of £30,000 will be announced on the 24 March and will join previous winners Raymond Antrobus (2019), Richard Lloyd Parry (2018), Hisham Matar (2017), Akhil Sharma (2015) and George Saunders (2014).

Roger Robinson, chair, won the T.S. Eliot Prize in 2019 and RSL Ondaatje Prize in 2020 and is currently on the shortlist for the Derek Walcott Prize for Poetry. He has performed all over the world and was chosen by Decibel as one of 50 writers who have influenced the Black-British writing can-on. His latest collection A Portable Paradise’ was a ‘New Statesman’ Book of the Year. As well as leading workshops and touring extensively with the British Council he is lead vocalist and lyricist for King Midas Sound and has recorded solo albums.

Sinead Gleeson was shortlisted for the Rathbones Folio Prize 2020 with Constellations: Reflections from Life which won the Non-Fiction Book of the Year at the Irish Book Awards and the 2020 Dalkey Literary Award. Her short stories have appeared in a number of collections and she is the editor of four anthologies of short stories, most recently published The Art of the Glimpse: 100 Irish Short Stories. She is now working on a novel.

Jon McGregor is the author of four novels and a story collection. He has been longlisted for the Booker prize three times, was shortlisted for the Rathbones Folio Prize in 2019, and his books have won a Betty Trask Prize, a Somerset Maugham Award and the International Dublin Literary Award. He was named 2002 Sunday Times Young Writer of the Year in 2002 and in 2010, received an honorary doctorate from the University of Nottingham. His new novel, Lean Fall Stand, will be published in 2021.

Rate this page:
All
Economy
Review of the week
Coronavirus
Markets
Global economy
Investments
Economics
Politics
Chart of the week