Taking off: our new industries

Britain’s innovative culture has often been characterised by undue modesty. Not least in the face of Brexit, is it now time for the UK to abandon its innate reserve and self-effacing rhetoric? In making the case for a more confident and vocal approach, we look at four areas in which British ingenuity and enterprise are not only leading but changing the world.

“One sometimes finds what one is not looking for. When I woke up just after dawn on September 28 1928 I certainly didn’t plan to revolutionise all medicine by discovering the world’s first antibiotic... but I guess that is exactly what I did.”

Britain’s history of innovation is undeniable. The efforts of our inventors and entrepreneurs have consistently helped to change the world — and the world, in turn, has duly acknowledged and appreciated as much.

It is universally accepted, for instance, that most of the key technological advances that fuelled the Industrial Revolution — from mechanised looms to machine tools, from iron-making to steam power — originated on these shores in the second half of the 18th century. Even in the age of Silicon Valley, English polymath Charles Babbage is still credited with designing the basic framework for computers almost 200 years ago. Frank Whittle’s jet engine continues to rank among the most transformative breakthroughs in the annals of science. Christopher Cockerell’s hovercraft remains an icon of unconventional thinking. And Scottish biologist Alexander Fleming will forever be remembered and revered as the man who gave us penicillin.

Sadly, the general impression nowadays is that genuinely pioneering work is more likely to be carried out somewhere else — most obviously in the US, the established kingdom of the “tech giants” — and that the UK, at least comparatively speaking, has little to boast about.

There is no doubt that a substantial shift has taken place and that the epicentre of innovation and entrepreneurship has moved across the Atlantic. There is no doubt, too, that the forces of globalisation have made it harder for any one nation to lay exclusive claim to a major discovery or development.

Yet the truth is that Britain — though it does not shout its successes — still leads the world in many areas. Given the prospect of Brexit, perhaps the time for polite reticence is over.

In this article we focus on four areas of disruptive technology — cleantech, meditech, fintech and gaming — in which Britain is at the very forefront of research. We ask what needs to be done to ensure the UK’s capacity for innovation translates into commercial and economic success on these shores.

Britain can reasonably claim to have led the cleantech sector for a number of years. This has been possible only because of what Martin Garratt, CEO of Cambridge Cleantech, describes as “a delicate ecosystem that involves supportive government, foresighted investors and entrepreneurial and committed scientists”.

Garratt says the innovative brilliance of cleantech companies — which focus on renewable energy, low-carbon technologies and environmental waste management — is especially notable. By way of illustration, he highlights the production of CO2-free, cement-less concrete and the invention of pavement and sports pitch coverings that absorb the kinetic energy of pedestrians and runners, recycling it into electricity.

Of late, however, there have been mounting concerns that the UK’s competitive edge might no longer be as sharp as it once was. “The previous government’s reduction of incentives for wind and photovoltaic energy knocked the sector back a step,” says Garratt, whose own organisation supports the growth of environmental goods and services in one of Europe’s biggest cleantech “clusters”.

This apparent stumble shows how easy it can be to disturb the “delicate ecosystem” required to foster world-leading innovation in any field. It is, argues Garratt, a matter of balance. “You don’t just help to save the planet if you get it right,” he says. “You also re-energise the economy by creating high-value jobs and high rates of productivity.”

The UK is home to almost 6,000 life sciences companies. They provide nearly half a million jobs and contribute more than £30 billion to the economy. According to a report from PwC, productivity in the sector is higher here than in any other European country.

One groundbreaking strand of work revolves around improving diagnostics. This is in keeping with a broader quest for “personalised medicine” — a move away from a “one size fits all” approach. Patients often fail to respond to commonly-used drugs. By prescribing medicine based on an individual’s unique genetic map and biochemistry, science could markedly improve the efficacy of treatment.

Within the home we may soon see testing kits to analyse bodily fluids and tissue samples. Better methods of identifying the molecular signals that indicate abnormalities could transform the speed and effectiveness with which illnesses are diagnosed and treated.

Thirty years ago Paul Davis was part of the Unilever team that invented the Clearblue pregnancy-test kit. He is now chief scientific officer at Mologic, which last year won a grant of $4.8 million from the Bill and Melinda Gates Foundation to investigate how novel variants of the same technology — immunochromatography — might be used to detect malaria and other diseases with ultra-high sensitivity and low cost.

“Britain is a great place to develop new technology and medicinal treatments,” says Davis, “We’ve got great universities that are being encouraged to take developmental research beyond worthy academic journals and into the practical real world,” he says.

He attributes that to a shift in the way the UK government now supports university research, increasingly measuring an institution’s worthiness for funds by the impact their research makes to society.

“You can’t get away from the fact that nothing can happen without money. We have a combination that’s working to great effect here — fantastic universities incentivised to translate research into practical outcomes and investors incentivised by Enterprise Investment Scheme and Venture Capital Trust tax breaks to make capital available to companies doing groundbreaking research. We also have some huge charities in the UK who invest heavily in research to help tackle particular challenges like cancer and Alzheimer’s. It’s a fertile environment for innovation.” 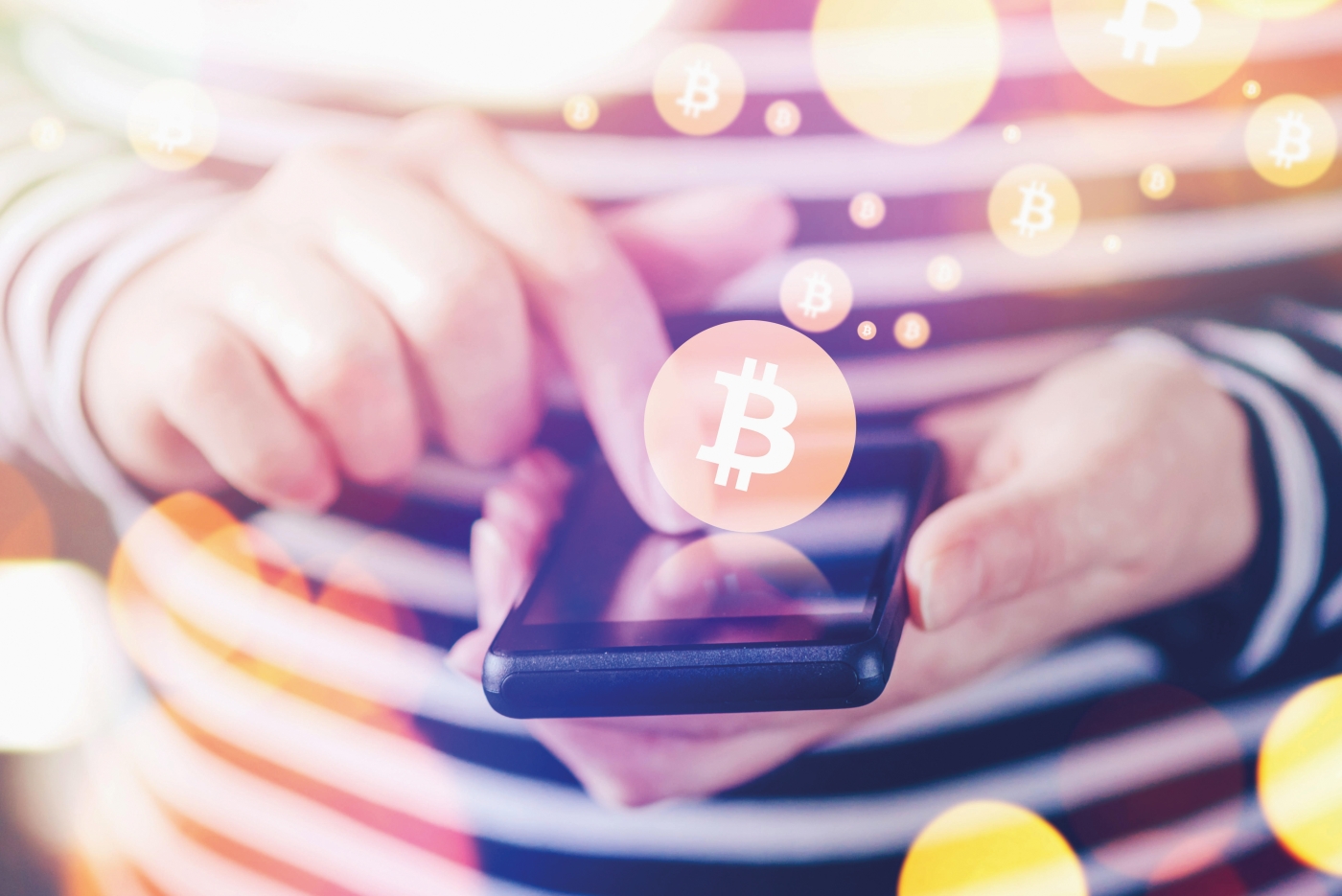 Financial technology — or fintech — is another area in which Britain excels. According to latest government statistics, the UK is the world’s fastest growing region for fintech. The sector had a turnover of £6.6 billion in 2015; it employs more than 60,000 people, accounting for around 5% of the total financial services workforce.

The use of “blockchain” technology for business payments offers just one example of its disruptive potential. Originally devised for digital currency bitcoin, blockchain is a digital ledger that is shared across a network of computers to allow financial transactions to be reconciled in real time and easily verified. Going forward, it could revolutionise financial services and condemn many traditional back-office procedures to obsolescence.

This is because the blockchain approach is designed to remove the need for intermediaries such as bankers, lawyers and brokers, thereby slashing transaction costs and speeding up completion. By using complex mathematical algorithms to add digital records in “blocks” and cryptographically and chronologically bind them in “chains”, the process can achieve in seconds what once took days.

Such a breakthrough might be especially useful for international transactions that involve currency exchange and multiple parties. Blockchain’s proponents say it could also assist in reducing fraud, streamlining stock markets and tackling the problem of money-laundering.

“A very significant proportion of games franchises, including world-renowned series such as Grand Theft Auto and early classics such as Donkey Kong Country, were designed and made here,” says Harvey Elliott, former chair of the BAFTA Games Committee. “Why? Our education system has been good at producing graduates in pure subjects like mathematics, which lend themselves to computer science because of the focus on logic and process. We’ve got a strong creative industry. And our global sensitivities and understanding of international art and humour feed into our games, making them marketable.”

Elliott, the founder of games publisher PlayStack, believes investment has been critical to the industry’s success. “Government has been supportive, and tax breaks have helped in encouraging investors here to back British ingenuity,” he says.

There is also excitement at the ways in which gaming is now shaping other sectors. “One of my colleagues moved into healthcare to work with a group founded by surgeons who wanted to use virtual reality in surgery,” says Elliott. “What games do well is show you things that look great, with lots of information delivered in a condensed period of time. They react quickly to the responses of the user, moving rapidly from one scenario to the next. There are an enormous number of applications for that expertise in the modern world.”

Few countries share Britain’s strength in all these fields — evidence of the UK’s enduring mastery of research and development. The message: Britain’s ability to blaze a world-leading and perhaps even world-changing trail should be neither forgotten nor overlooked.

Maybe more importantly, we are coming to better understand some of the conditions necessary for innovation, entrepreneurialism and ingenuity to flourish to best effect. For instance, the significance of funding and investment; the value of identifying and exploiting the many synergies that exist between the academic and practitioner communities; and the need to accept that disruptive technologies, by their very nature, frequently entail “creative destruction”.

In addition, we can see the vital role played by our education system — the merits of encouraging an authentically creative outlook and nurturing an international perspective.

Some might protest that this last point is nigh on redundant in light of recent political events, but in many ways it could be more relevant than ever. After all, if Britain is to stand on its own two feet — as the likely consequences of Brexit suggest — then it must learn to stand on tiptoes and ensure that its head is clearly visible above the crowd.

Alas, it is still considered innately “British” to wallow in undue modesty. If we cast envious glances in the direction of Apple, for example, we might bristle at its brashness and lament that such a modern-day empire could have thrived only amid the singular corporate culture of America.

This may well be true, at least to an extent. Yet if we continue to insist on a softly-softly approach, if we fail to promote and build on everything we have, prizing self-effacement and misplaced humility above prominence and pre-eminence, the very real risk is that the fruits of our innovative excellence will be at worst ignored and at best appropriated by others.

We can demonstrate as much through the story of US-based genetic sequencing company Illumina. Now listed in the S&P 500, the firm owes much of its achievements to UK technology. In 2007 it bought Solexa, a British biotech startup that had invented a novel approach to DNA sequencing that helped reduce the costs dramatically. Perhaps Solexa could have been a British success story, but it was the Americans who made the technology commercially successful. It makes for a salutary tale.

Alexander Fleming’s typically humble recollections served as our introduction. Another of his most celebrated quotes captures beautifully both the essence of innovation and the challenge the UK must confront in championing its own innovative credentials: “The unprepared mind cannot see the outstretched hand of opportunity.”

To this we might usefully add the following basic observation: those who refuse to shout are unlikely to be heard. There is perfectly good reason to believe the UK is as innovative as ever: it needs only to convince itself of the fact and, just as crucially, to make sure that the rest of the world is fully aware of all that it has to offer. 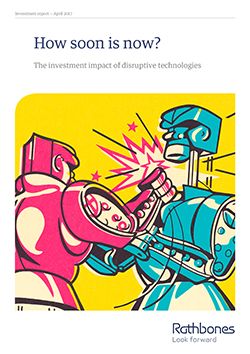