Uncertainty surrounding Brexit is likely to continue for some time. We want to cut through the fog, and consider the broader state of the nation’s economy. 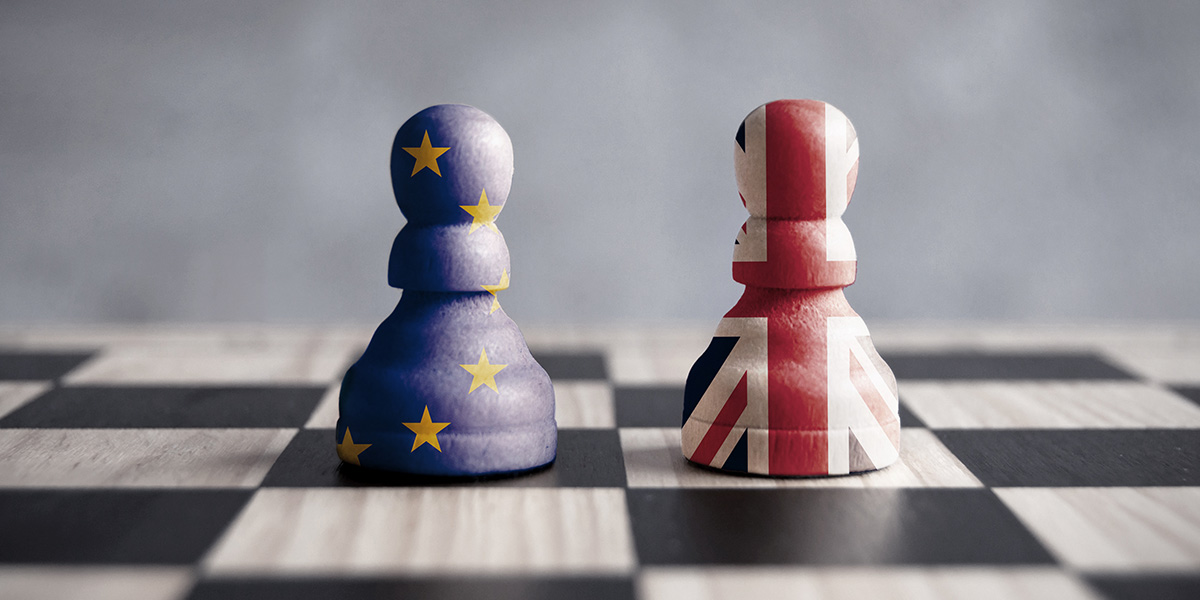 We have a small, open economy. Small may sound a little strange, if you know that the UK has the world’s fifth-largest economy by gross domestic product. However, it isn’t large enough to influence global asset prices, interest rates or the pace of global growth in any meaningful way. Last year, the UK economy accounted for 2% of global output and since 2008, the UK has accounted for just 1% of new economic output (figure 1).

Although we’re a small economy, we have some big problems. It took the UK a lot longer than most economies to recover from the 2008 global financial crisis and, since that recovery began, growth in output per capita has been very weak. It has averaged just 1.2% per year — a serious drop compared with the 2.5% per year it averaged in the previous 25 years.

Brexit is only part of the problem

The UK isn’t the only country to suffer slowing output per capita, but the fall in living standards since 2008 has been particularly severe. We are undergoing the longest slump in the standard of living for at least 150 years and have the poorest rate of social mobility of any major advanced economy.

Brexit has made our future uncertain and business investment has plateaued in the UK, while it’s been accelerating across the rest of the world. Although households have been consuming more, many have done so by reducing saving. The uncertainty is taking its toll and could continue to weigh on capital growth for years to come.

What about our outlook over the next 10 to 15 years? Rathbones’ own forecast for the UK puts the pace of economic growth at about 1.5% per year. That may sound decent, but it’s actually weak compared with the past and to the rest of the world. So why is our future one of relatively weak growth?

There are a few reasons, and demographics is one. There are more people ageing out of the workforce than there are growing up into it, but that challenge is common across developed countries. The slowdown in the rate at which we are investing in capital also contributes to our weak growth. We need more factories, more computers and better broadband to make more stuff, but again, that problem is not just ours.

The problem that is unique to us is the marked slowdown in the rate at which foreign companies and governments are taking ownership stakes in domestic assets. That is worrying because modern economic growth relies on this kind of inward investment for technological transfer, or learning from others and improving on it. Firms that receive investment from overseas are almost twice as productive as firms without any such link, and it’s that potential slowdown in productivity that we are worried about.

Trade plays an important role too, and there is an overwhelming amount of evidence to show that trade openness is linked to productivity. Less trade means less specialisation, and less specialisation means the more manpower and capital a country needs to spend on producing things in which it lacks a comparative advantage or, in other words, it would be better off importing.

Being part of the European Union (EU) has been a great boost to UK trade, and we trade with Europe far more than the gravitational effects of simply living next door would imply. In reality, we may just be too far away from other trading partners to fully offset withdrawing from the EU, even if we can strike a trade deal with all of them.

British trade has made the most gains in the services sector. The UK is very good at trading in services but trades relatively less in goods than most other major countries. This is a problem that successive governments have tried to rectify, but to no avail. It’s a structural weakness that cannot be solved by trade deals, deregulation or lower corporation taxes.

There is a way out

Is there a solution? Yes is our view — investment in research and development (R&D), across both public and private sectors. R&D is vital to kick-starting new technologies and increasing growth, but we have fallen behind other major economies in the amount we spend on R&D relative to the size of the economy. On a positive note, the Conservative government has released a target to get R&D spending to a point that it would be nearly at US levels by 2027. We hope this target continues regardless of which government takes us forward and that a detailed, innovative plan emerges to accompany the target.

Beyond the short-term risk to trade from Brexit, the more interesting longer-term question is whether further EU harmonisation would divert trade away from the UK if the country is not part of the club.

Our research suggests that in such a scenario, the longer-term trend for UK productivity growth would be lower. Potential GDP growth would be reduced by slower productivity growth and inward migration, bringing structurally lower interest rates. There would also be a deterioration in the balance of trade in goods and services; the current surplus in services would be eroded by the loss of access to the single market, and the movement of labour and capital would be more restricted.

However, we believe a sustained negative deviation from the current trend of UK economic growth over the next 10 to 15 years is unlikely. In our 2016 report, If you leave me now, even in the event of a no-deal Brexit, we put the risk of such a permanent loss of economic growth potential at just 17%. Beyond that, the UK may even experience a positive shift if it can successfully invest in R&D and negotiate new treaties of economic integration with higher-growth nations, particularly if the EU project stalls.

Figure 2: Globalisation is important for the UK economy

The UK stock market is not the UK economy

An annual growth rate of 1.5% isn’t a great outlook; it’s one of relative economic diminishment. The good news is that the UK’s stock market is very much not the UK economy. Publicly listed UK companies as a whole only get about 30% of their revenues from the UK, with the vast majority of earnings sourced from overseas. This means that our stock market is exposed to faster-growing economies which should boost revenue growth for UK equities (figure 2).

Sterling has already fallen so much that it is now significantly undervalued against other major currencies and pessimism has been priced in. Against the euro, it is still undervalued almost by as much as it has ever been in the past 35 years. (Although the euro hasn’t existed for that long, we can calculate a theoretical exchange rate based on the fixing rate at which the old national currencies joined the euro.) Whatever happens with Brexit, it seems likely that sterling will appreciate over the long term and further downside should be limited. You even may start to see UK equities coming back in favour with global investors, regardless of the Brexit outcome.