Home › Insight › Unlearning what you think you know about government budgets

Unlearning what you think you know about government budgets

Government budget balances are misunderstood. By politicians — sometimes wilfully — and even by some economists. So it’s no wonder then, if they’re misunderstood by the public. 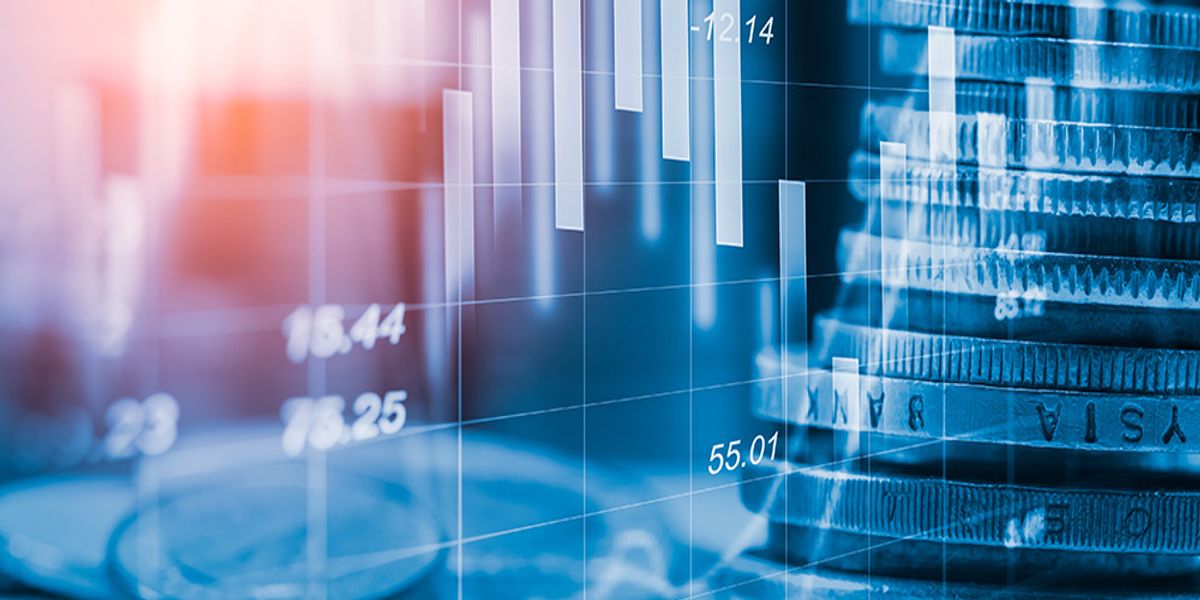 You will have heard a lot of criticism from politicians lately of the ‘other party’s’ policies. The charge that they are ‘unaffordable’ can gain a lot of credence. Voters listen because they spend a lot of time worrying about the budgets of their own households or businesses, and make the intuitive leap that government budgets are the same — that there is a certain tolerable limit to how much debt you can take on, and there are some things you just can’t afford.

That’s all well and good, but the British government is not a household and it is not a business. For starters, it can create its own money. Its budget doesn’t have to balance, and there are good reasons why it shouldn’t.

The UK has had what economists call a current account deficit for some 35 years. That means that net trade, net investment income and a few other items add up to a negative number: the UK sends more money abroad than it receives. The 1990s aside, it has become steadily larger relative to the size of the economy, but there has never been a time when it hasn’t been funded by overseas investors. The funding price (the exchange rate and the interest rate) has changed, but the desire to fund it hasn’t, even when the budget deficit has been huge and the economy has been in trouble.

Current account deficits exist largely because there is a global savings glut — an excess of savings over investment. This is a structural phenomenon that is unlikely to reverse without an extremely interventionist policy — even then it’s not certain; America’s deficit has continued to grow despite protectionism.

Money coming in from overseas has to be used by someone. Taking the current account deficit as a given, either the government, businesses or households must borrow. Figure 3 shows how government austerity has altered household saving: as the government has saved more (borrowed less) households have saved less (borrowed more). A government in control of its own currency is in a much better position to run a deficit than households, and government borrowing can be used more productively. Households borrow to consume, not to invest. 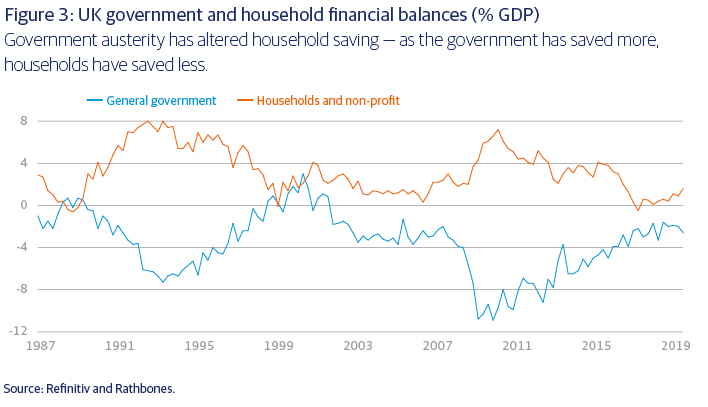 That said, a government like the UK doesn’t actually need to borrow. It can fund spending by creating its own money. Although we don’t tend to think of it in this way, this is what governments actually do — they don’t sit around waiting for a loan to clear. The government’s ability to finance itself is ultimately constrained only by inflation.

If inflation expectations remain low, a government with its own currency can run deficits ad infinitum. Just look at Japan. What matters are credible institutions. The UK has its own central bank, mint and free-floating exchange rate, allowing its economy to adjust in an orderly fashion. The central bank and government must make credible commitments to attend to inflation expectations and not resort to currency debasement. But this doesn’t need to involve balanced budgets.

Where the government spends money does matter for inflation. Spending on infrastructure or up-skilling citizens, for example, creates productive capacity. All other things equal, producing more stuff for people to spend their money on puts downward pressure on prices. Social transfers tend to be inflationary, because they just provide more cash for people to spend on the same supply of stuff.

So governments collect taxes and issue debt (the swapping of a short-term liability — money — for a long-term one — debt) as a form of demand management in order to keep inflation expectations contained. Who the government taxes is sadly often as much a matter of political preference as it is one of economic optimisation.