With a deeply polarised US electorate about to choose its next President, chief investment officer Julian Chillingworth considers the policies of the two candidates and their market implications. 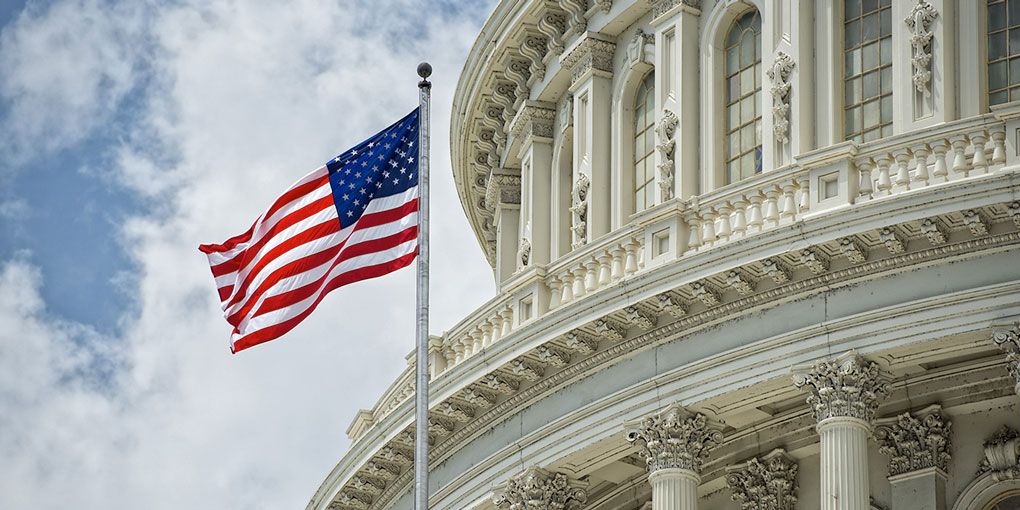 Elections rarely matter for financial markets. Popular ideas such as Democratic presidents being worse for investment returns don’t stand up to scrutiny. Even sectoral ramifications are often hard to identify. What were the two worst performing sectors during the Obama years? Financials and energy. The worst under Trump? Financials and energy. There are bigger forces at work.

Political polarisation means that the Republicans are now right-wing populists and the Democrats are touting more big government, even socialist, policies than usual. It’s possible – though I wouldn’t say certain – that it’s different this time. At the very least, the sectoral implications are rather more stark.

We think it’s really important to ask if any of the four pillars supporting financial markets this year are likely to be undermined by any election outcome? Those pillars are (i) hope for a timely, effective vaccine (ii) supportive fiscal policy; (iii) supportive monetary policy; (iv) a levelling-off of previously escalating Sino-US trade tensions. The first three are likely to remain firm regardless, and could be further buttressed. Trade tensions are likely to escalate if Trump wins but Congress remains split between the two parties.

However the corporate share of the economy may change under the Democrats and its important to consider the financial implications of this on a sector by sector basis.

The US economy has made great progress, recovering more quickly than economists expected in the early summer (including us). But real disposable income (that’s income after tax, adjusted for inflation) fell 3.5% in August, as the weakest gain in compensation in four months was offset by a sharp reduction in government transfers to households. Jobs growth is needed to offset the reduction in government transfers. With employment still 10.7 million below pre-COVID levels, it’s disappointing that the number of job openings fell in August. Now, with the job market at risk of stalling, COVID cases rising for the third time, and flu season approaching, the economy has reached a critical juncture on the road to recovery.

No news is good bad news – a contested result

Surveys of institutional investors suggest the worst outcome is no outcome at all. We think these fears are down to the stimulus lacuna. While the result is still contested, additional fiscal stimulus is unlikely to happen. This would be risky even in the absence of any other bad news, but it could be very problematic if the economy or the virus took a turn for the worse during that time. That said, while delayed stimulus increases the risk of permanent economic scarring, the long-term effect is likely to be relatively small.

The second most adverse scenario for markets according to the investor surveys is a Democratic clean sweep – Biden in the White House, Democrats controlling both chambers in Congress. Some 23% of respondents to a poll by Citi expect US equities to fall by >10%, with another 25% expecting a 5%-10% fall.

Biden’s agenda is more left-leaning than usual Democratic presidents but fiscal policy is likely to stay very loose under both Trump and Biden. Its distribution will change materially but not its scale. Historically, a presidential candidate committing to very loose fiscal policy would have caused markets to expect tighter monetary policy. But the Fed has committed to holding interest rates near zero until the end of 2023, even if inflation rises above 2%. As such, it could be as simple as the outcome with the most stimulatory fiscal policy is the most positive for markets.

Institutional investor surveys suggest this outcome is also likely to cause markets to fall although we think there’s a strong argument for this being a very market-friendly outcome over the medium term. Little changes on the fiscal or monetary policy fronts, while there is no chance that Biden could get through any of his most redistributional agenda items that markets fear the most.

But foreign and trade policy uncertainty will ease significantly. The substance of Biden’s trade policy is similar to Trump’s, at least on China, but the style will change, and the erratic approach will likely be replaced with more measured, rules-based tactics that cooperate once again with the international institutions that have presided over decades of strong corporate profitability.

This change may benefit non-US equity markets more than US markets. Uncertainty has become greater outside of the US than within it. If Trump is re-elected, uncertainty will likely spike again.

The Biden campaign is armed with a huge array of policy items. As we write, there are 48 “plans” and “agendas” on his campaign website. Yet where they overlap is unclear, and some key details are missing, so assessing the full impact is difficult.

Trump’s campaign website lists no formal policy items at all. Literally, voters don’t know what they are voting for. It simply states all of the things he has done in his first term. He did detail a few priorities on the eve of the Republican National Convention, and we can piece together some information from various interviews.

We can be quite sure that both candidates love deficit spending. Biden’s plans are heavily redistributional (on tax, on minimum wages, on making it easier to unionise). The size of the economy is likely to increase – because regular households have a higher propensity to spend than the ultra-rich and corporations – but capital’s share in the economy will go down.

Over the long term, a Democratic or an improbable Republican clean sweep would likely see a substantial fiscal injection.

Biden plans to increase corporation tax to 28%, from 21% today. In an interview with CNN in September, the Democratic candidate said he would do this on “day one”. Projections suggest Biden’s changes to corporation tax will raise an additional $1.6-1.9 trillion. That’s a significant step up.

Still, it’s important not to get carried away here: 28% is still well below the 35% tax rate in place when Trump took over. Although Biden’s tax plans are far from small, it’s important to remember the starting point.

Trump hasn’t discussed corporate tax policies in any detail although we can expect some extensions to his tax cuts to firms that are due to expire soon.

President Trump has long-since touted a “$1trn” infrastructure plan, but it’s actually just $200 billion of federal government money over 10 years, with $200bn from state and local governments, and the rest from the private sector. Biden on the other hand has tabled $1.3trn of federal spending on infrastructure, matched by another $5trn from state and local governments and the private sector. Trump makes their scale sound similar, but they are quite different.

Biden’s green infrastructure push is designed to bring the US to net zero emissions by 2050, and by 2035 in the electricity sector. Designed correctly, such a bold target could boost the economy.

With an eye towards the global marketplace, some US companies have already pushed back on Trump’s relaxations. Over the long-term, this could compromise US productivity relative to the rest of the world and push down the dollar. But it’s a long-term risk and not one likely to move markets over the next year or two.

It is telling that Biden chose to give one of his most important speeches on economic policy in Warren, Michigan, an industrial suburb of Detroit. He unveiled a new offshoring tax penalty of 10% on the profits of any product by a US company overseas for sales back to the US, as well as a new proposal for a “Made in America” tax credit, available to companies that make investments for purposes such as revitalising closed or closing factories and bringing jobs from overseas to the US. These are policies that Trump touted, but never actually implemented.

Indeed, the Republican National Convention saw a scramble to match Biden, with proposals including “Made in America” tax credits “for companies that bring back jobs from China”. Various studies have shown that Trump’s tariffs have so far had a negative impact on growth, with global exporters’ margins and cost of capital suffering.

As we always say, anyone who claims they can predict the short-run movements of currencies is a snake-oil salesman. Currencies just don’t have consistent enough short-term relationships with common variables. And that includes around elections. On a long-term basis, the dollar is overvalued against most major currencies on a variety of frameworks. If the US continues to weaponise its currency, using it to impose sanctions against both rivals and allies, its days as the world’s reserve currency may ultimately be numbered. And that’s more likely under Trump. 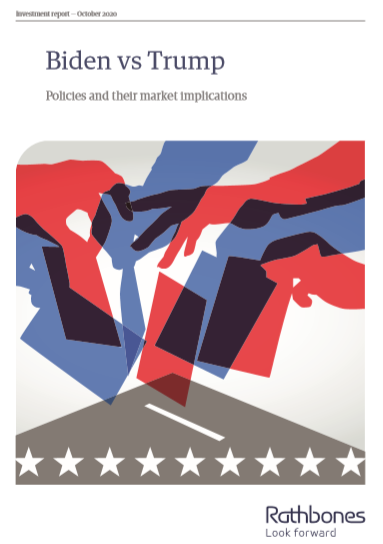 For a more in-depth analysis of the election and the impact that each candidate’s policies may have on investments, please read our Biden vs Trump investment report.