Home › Insight › Review of the Week: The fury of the storm

Review of the Week: The fury of the storm 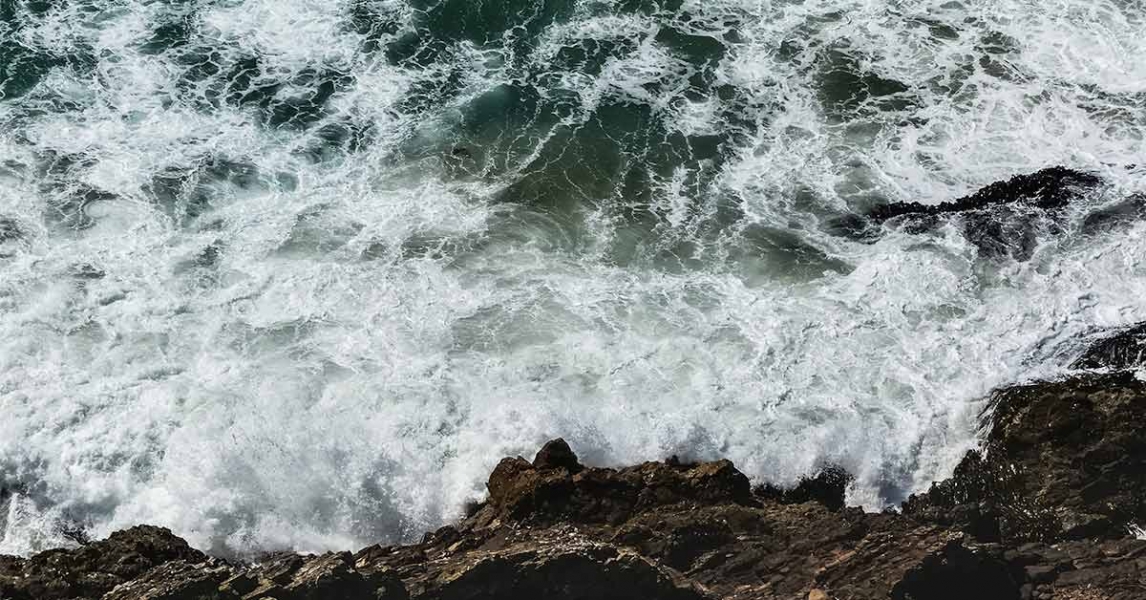 Like a squall that whips up the waves, surges and throws its full force at the shore, global markets have shown just how suddenly they can change.

Most stock markets are about 25-30% lower than the highs made in mid-February. After a punchy rally on Friday, the FTSE All-Share has plummeted again this morning. Investors have shown they believe recession is all but inevitable, the only question is how long it will last and whether the gale will expose any rot in the financial system.

As Covid-19 spreads around the world, the focus has moved from Asia to Europe and the US. There are three thrusts of response: fiscal support from governments; monetary stimulus from central banks; and social measures to contain the virus and its effects, led by government yet the responsibility of everyone. The efforts of China, South Korea and Singapore – by both governments and citizens – in fighting the virus have the chillingly disciplined air of practice. This isn’t their first rodeo. Unlike the East, the West hasn’t had to deal with epidemics in the modern era. And quite a few countries have bungled their first test.

To stave off recession – or at least to minimise it to two quarters – businesses need monetary easing to offset some of the increase in interest rates caused by higher bond yields. These interest rates determine how much businesses have to pay for long-term finance they may have to settle but also short-term credit arrangements like trade finance and cash to smooth lumpy receipts. Businesses also need ‘targeted’ monetary policy, such as specific emergency loans and other measures to prop up viable businesses that will struggle as commerce grinds to a halt. Similarly, people need support for the weeks and months they may be without pay. And finally, reasonable measures to slow the virus itself and protect the vulnerable have to be implemented by the government, businesses and the wider public.

The UK’s response has actually been pretty good, considering. Last week, the Bank of England cut rates by half a percentage point to the record low of 0.25% and announced £600 billion of support. The same day the government announced a ream of measures in its Budget to support small businesses and extend welfare to households that are affected by the pandemic. Now it will come down to execution.

Europe’s response has been more mixed. The European Central Bank (ECB) made a good attempt soon after the UK, pushing through more quantitative easing and similar long-term funding for banks. However, its impact was quashed by a press conference from ECB President Christine Lagarde that was bungled to the point of satire. Ms Lagarde inadvertently implied that the stimulus wouldn’t do any good, which is not  the consensus among economists who have produced lots of new research on this over the last 18 months or so. European countries have reacted in a disappointingly siloed fashion. The Schengen zone has made it extraordinarily hard to prevent the virus racing across the Continent and the lack of co-ordination across the bloc has aggravated the situation. Greater fiscal support for businesses and households is needed, along with interstate aid. Italy unveiled sturdy measures yet it could struggle to pay for them if the pandemic lingers and if eurozone allies don’t agree to help them with the costs.

The US President Donald Trump’s leadership has been an absolute disaster. At one point last week a botched press conference helped send US stocks tanking 10% in a day. Meanwhile, Democrats and Republicans still haven’t managed to sign off on a fiscal plan. The US House of Representatives passed a deal with bipartisan support and a nod from the White House, but it still awaits Senate approval. Mr Trump’s few measures of support and reassurance have been drip fed and in some cases found to be inaccurate or misleading (as with his reassurance about availability of testing). The dithering and incompetence has led the Fed to step up to the plate in a truly breath-taking manner. This morning it sliced a full percentage point off its interest rate, taking the Fed Funds Rate to the all-time low of 0-0.25%. It has now cut a phenomenal 2.25 percentage points in a matter of weeks. The Fed is also restarting large-scale quantitative easing, making $700bn of purchases to shore up the Treasury bond market.

This has been a terrible jolt for markets and it has no doubt made many people ill with fear. Not just about their health and their financial security, but about the potential for the whole financial system to come apart at the seams.

Hopefully it will be some comfort for you to know that we see this as a fringe outcome. We have started carefully buying stocks following the correction. There may be even lower entry points to come, but our analysis suggests that there is now some value on offer for long-term investors. We are confident enough to do this not because we have a crystal ball, but because we believe the risk of the current market correction evolving into a financial crisis is low. There is a susceptibility among people to anchor on relatively recent events, to think that they are more likely than they really are solely because they are front of mind. Behavioural economists call this the ‘availability bias’. Because the global financial crisis was the last major market blow-up, many people believe that a crisis of lenders and the whole financial system is about to repeat itself.

In fact, financial crises are relatively rare events. About 150 years of history suggests they have common precursors. They tend to be preceded by an extraordinarily rapid increase in leverage (of a speed that we have not seen over the past decade), often as a result of financial de-regulation (quite the opposite to today) and an overextension of credit to un-creditworthy borrowers as a result of imprudent lending standards, especially by weak banks with inadequate capital (again no systemic evidence of that today). This is so important for our decision to start buying into the drop because without a financial crisis economic recoveries tend to be V-shaped (a relatively quick rebound). Financial crises tend to lead to slow economic recoveries and protracted spells of depressed markets – their aftermaths are U or even L-shaped.

That doesn’t mean there aren’t risks to the financial system, however – risks that may make the economic fallout greater than it would otherwise have been. We are concerned about the liquidity and quality of corporate bonds, an area that has come under particular pressure during this correction. The extra interest above the government bond yield (credit spread) for American high yield issuers has skyrocketed to 755 basis points, up from 360bps in mid-January. European investment grade bonds have almost doubled to 170bps. Although implied default rates in investment grade bonds are already high, we are concerned that bond values could fall much further. Liquidity is half what it was before the financial crisis, as brokers no longer trade on their own account, but instead mostly look to match buyers and sellers.

But banks don’t hold these assets on their balance sheets in the same way they do loans. This matters because financial crises are co-ordination problems: banks stop lending to other banks and depositors withdraw their deposits because they become wildly concerned that the banks aren’t good for the money. This time round, banks appear more than good for the money: capital levels are three times higher than in 2008 and non-financial corporations appear to have enough cash to meet short­-term liabilities (in aggregate circa 75% higher than in 2008).

Compared to more normal conditions, in a recession a high level of corporate debt and problems in the bond market are more likely to increase the level of corporate defaults. But the evidence doesn’t suggest that it will cause a financial crisis this time around. One more immediate problem is that the turmoil in the bond market may induce fire sales of good assets, particularly considering the unprecedented role of bond exchange-traded funds (ETFs) in today’s markets. In recent years, historically low interest rates have precipitated an unprecedented hunt for yield, which encouraged many ‘tourist’ investors into corporate bonds in general, and passive ETFs in particular. ETFs offer instant liquidity to investors, yet the fixed income assets within them are relatively harder to sell, creating a liquidity mismatch that is straining the sector.

To be clear, equity markets have a tendency to overshoot and there may be even better entry points presented tomorrow. However, we don’t have a crystal ball. We can’t know what will happen in a few days or a few months. But we are long-term investors. We asked ourselves, “would we regret missing an opportunity at these levels in two years’ time?” The answer, given the information in front of us, was yes. We felt market were pricing in too high a probability of the bleakest scenario unfolding. Acting now makes sense.