Austerity is the latest victim as the largest giveaway since 1992 is unleashed. 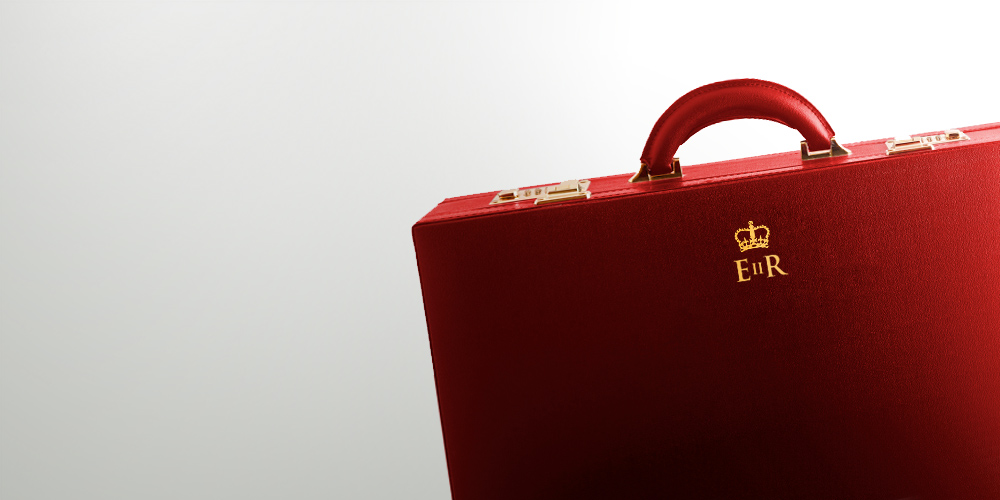 The UK government and Bank of England have launched a coordinated response to the continuing Covid-19 outbreak, unprecedented in the era of central bank independence.

The Bank of England (BoE) on Wednesday pre-empted the Chancellor’s Budget address with a widely anticipated half-point cut in interest rates to a record low of 0.25%, but it also announced much more besides. All three of its policy committees unanimously agreed to provide a bridge for UK businesses and households across the economic disruption, help avoid longer-lasting economic harm, and increase the likelihood that the recovery, whenever it comes, will be ‘V’-shaped.

This was followed by Chancellor Rishi Sunak’s announcement of the largest sustained stimulus since Norman Lamont’s pre-election budget in 1992.

The BoE’s additional measures included the introduction of a new funding facility for commercial banks. This provides cheap financing over four years to help banks pass on the headline cut in interest rates to household and business borrowing without hurting their margins. The Bank’s analysis suggests this could provide in excess of £100 billion in funding, targeted in particular on small and medium-sized enterprises (SMEs). The BoE will also make loans available to banks in all major currencies on a weekly basis. Around £300bn could potentially be borrowed through these facilities.

Additional support will be provided through a reduction of the countercyclical capital buffer. The buffer ensures that commercial banks build up sufficient capital in the good times so that they don’t need to hoard capital in the bad times. The minimum capital requirement, on top of which the countercyclical buffer sits, together with bank stress testing, ensures that banks will still have enough capital should the economy go into recession. The BoE has waived the need for banks to retain this buffer, allowing them to lend more, with immediate effect. This could support up to £190bn of bank lending, or 13 times net lending to UK businesses in 2019.

Yields on shorter-dated UK government bonds fell a couple of basis points following the BoE announcement, while longer-dated yields rose a little. We interpret that initial reaction as a good sign, suggesting market confidence that the central bank’s measures will help.

The Chancellor has announced a budget stimulus worth £30bn in year one. £12bn of this is designed to combat the threat of disruption posed by COVID-19, and is largely directed towards tax and rates relief for small businesses.

Stimulus not linked to the virus is largely directed towards more departmental expenditure and investment. There will be an extra 0.5% of GDP of regular departmental spending in 2020-21 (i.e. not including welfare credits or debt interest costs) relative to the March 2019 budget, rising to an extra 1.2% GDP in 2023-4. But that still means that real departmental spending per person will only get back to 2010 levels in 2024-25. For the Chancellor to claim the Conservatives are the party of public spending is rather disingenuous – a number of departments, such as the Ministry of Justice, have had to manage cuts of over 30% in inflation-adjusted terms, and the Budget won’t unwind them by much.

It is pleasing to see a focus on investment spending, although we need to wait until the spending review later in the year to get the detail necessary to assess by how much it could boost potential growth. Investment spending will rise by £6.8bn in 2020-21, and an additional £23.2bn by 2023-24. Most investment is linked directly to government departments: on a per capita basis this will increase to 35% above 2010 levels by 2024-25.

It is clear that large sums will be devoted to transport and fast broadband connectivity beyond the South East. This is good: infrastructure projects tend to have large ‘fiscal multipliers’ (often more than £1 of growth for every pound invested, meaning they can pay for themselves over the long run).

We would like to see significant funding for a long-term strategy to deal with the systemic changes of the digital economy. There appear to be very few ‘spillovers’ from business investment these days, particularly the intangible investments of the new economy. In other words, since the industrial revolution economies have grown by firms learning from each other, but that doesn’t seem to happen much anymore, particularly in the UK. To help productivity growth recover, the government must focus on innovation and knowledge-based strategies, such as life-long learning programmes and greater funding for basic research. From that point of view it is very pleasing to see that research and development investment will increase to 2.4% of GDP, the highest in nearly 40 years.

The lip service paid to green investment was very disappointing. The evidence is quite clear: climate change is a material risk to the economy and financial sector. The government needs to facilitate more investment in a green-energy revolution. And it’s not just a matter of mitigating a threat: large productivity bursts over the last 250 years have often been linked to lower energy costs, so there’s also opportunity here.

The Budget has been financed in part with the direct fiscal savings associated with Brexit – the contributions no longer required (net of the divorce settlement) and the customs duties no longer remitted to the EU – and by cancelling the corporation tax cut that was due in April.

But tax receipts will rise a little too. Revenue from income tax and National Insurance contributions will go up by 0.7% of GDP over the course of this Parliament because unchanged personal allowance and higher rate thresholds mean more people will be dragged into higher tax bands. Capital taxes are boosted from 2021-22 onwards by the big curtailment of entrepreneurs’ relief. This is good news, there is no evidence this relief actually encourages entrepreneurialism.

But the huge amount of new spending announced Wednesday will be financed mainly through higher borrowing.

The Chancellor claims his Budget still allows government policy to obey the fiscal rules set by his predecessor. But this is only because the £12bn portion of stimulus dedicated to combatting the effects of Covid-19 in 2020-21 hasn’t been included in the Office for Budget Responsibility’s (OBR’s) calculations. Neither has the OBR adjusted down its estimates of GDP growth for the virus. This will almost certainly mean that the large budget surplus forecast for 2022-23 will turn into a large deficit when it is accounted for in future years. Even without it, government borrowing is set to increase far more than set out in the last forecast made in March 2019. Impishly, we might say that the Chancellor has shaken that ‘magic money tree’. Does it matter? You could think of Covid-19 stimulus as akin to an extraordinary item in a company’s set of accounts. It is widely accepted that it is prudent to give special dispensation to the treatment of special, one-off costs. Accounts, by their very nature, do not reflect reality. Rather, they are a stylised version of it. Nevertheless, that special cost does need to be reflected on the balance sheet one day.

Contrary to popular opinion, governments with their own mints can spend as much money as they want, as we noted in Budget bias, an article in our latest InvestmentInsights. The government’s ability to finance itself is ultimately constrained only by inflation. It collects taxes and issues debt (swapping a short-term liability – money – for a long-term one – debt) as a form of demand management in order to keep inflation expectations contained.

If inflation expectations remain low, a government with its own currency can run deficits ad infinitum. Just look at Japan. Of course Japan is no poster child, but it illustrates this point nicely: the sustainability of Japan’s debt rarely gets mentioned these days, even though its net debt ratio is c.150% of GDP (the UK’s is c.80%).

Does this change the outlook?

Excluding the virus-related stimulus, the OBR expects the economy to grow by just 1.1% in 2020, even with the purse strings significantly loosened. This shows what a weak state the UK economy is in. Indeed, we think that may be a bit optimistic (again, before taking into account Covid-19), due to the persistent weakness since 2017, the dismal GDP data for January 2020, and the lack of a rise in investment intentions seen in surveys of firms after the general election but before the outbreak of COVID-19 in China.

Assessing the impact of COVID-19 itself and the related stimulus is extremely difficult. We do not know if the disruption is likely to lift rapidly in the second quarter or carry on for some time. On balance, the extra stimulus announced today is likely to be offset by the cost of the disruption. It is unclear at the time of writing whether the stimulus would remain in place for the full year if the disruption lifts quickly.

Gilt yields and interest rate expectations were little changed following the Chancellor’s speech. The pound weakened a touch, but that could be due to the general risk-off move in global markets that has little to do with UK fiscal maths. The more pertinent question for investors is: will the EU and the US do more to stimulate the economy? We’ll continue to monitor the developments and endeavour to keep you up to date.

See below for more on the financial planning implications of the budget.

There was welcome news in the budget for some higher earners who have a tapered pension annual allowance. Otherwise there were just a few amendments to the status quo.

The Junior ISA (JISA) and Child Tax Fund allowance will increase from £4,368 to £9,000.  JISAs give children control at 16 but access at 18 so make an ideal way for parents to teach children about money and investing.

From April 2020, the threshold at which people start paying National Insurance will rise to £9,500 which will save the employed £104 a year and the self-employed up to £78 a year, where earnings equate to or exceed £9,500.

There were no changes to income tax rates, bands or allowances, with the personal allowance and higher rate threshold remaining at £12,500 and £50,000 respectively for the 2020/21 tax year.

There was a big change to the pensions tapered annual allowance with both the threshold income and the adjusted income limits increasing by £90,000 to £200,000 and £240,000 respectively.

This will provide an annual saving of up to £13,500 for those with annual pension contributions of £40,000 and have taxable income plus employer contributions in excess of £150,000.

The Chancellor noted that this will take around 98% of consultants and 96% of GPs out of the annual allowance taper altogether. Now they won’t be dis-incentivised for working longer hours, bringing much needed help to the NHS. It will also help those younger high earners who have hit pension limits on the amount they can pay into pensions by giving them more headroom to make payments.

At the same time, the minimum pension tapered annual allowance is being reduced from £10,000 to £4,000. This will result in an additional tax charge of up to £2,700 per annum for those with earnings above £300,000 previously benefiting from pension contributions of £10,000.

The pensions Lifetime Allowance has been increased to £1,073,100.

The annual capital gains tax allowance will increase to £12,300 for individuals (and personal representatives) and to £6,150 for trustees of settlements, for disposals in the 2020/21 tax year.

The residence nil rate band will increase from £150,000 to £175,000 from April 2020, delivering on the Government’s commitment to allow some couples to leave an IHT-free inheritance of up to £1 million to future generations.

Despite recommendations to make sweeping changes to the Inheritance Tax legislation by the Office of Tax Simplification, no changes were announced.

With immediate effect the lifetime limit on gains eligible for Entrepreneurs’ Relief (which offers a reduced 10% rate of Capital Gains Tax on qualifying disposals) will be reduced from £10 million to £1 million.

Read more about our views on COVID-19 (Coronavirus).