Review of the week: Money showers

After the pandemic response, outstanding UK government debt is now as big as the whole economy. But that’s not necessarily an alarm bell, says chief investment officer Julian Chillingworth, as long as it’s spent on the right things. 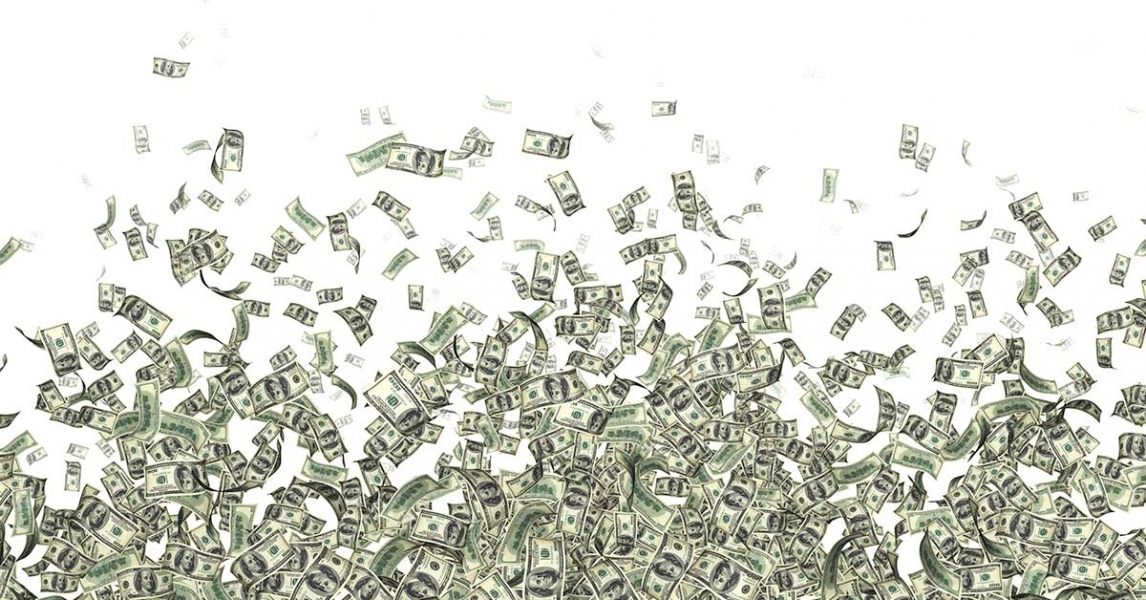 The Bank of England added another £100 billion to its quantitative easing (QE) programme last week, taking the scheme’s total to £745bn. Yet at the same time the bank cut the amount of bonds it buys each week under QE from £13.5bn to £4.5bn. To put these massive figures into context, buying £13.5bn each week for a year would equate to about 25% of the country’s GDP, while £4.5bn weekly would amount to just 8%.

The UK debt to GDP ratio has now surged above 100% for the first time in almost 60 years, although it is still well below many other developed nations. While such a rapid rise in debt can be startling, it isn’t a problem per se. What matters is what the money is used for and whether it creates enough future growth – or prevents a greater fall in GDP today – that future tax receipts increase enough to offset the cost in terms of interest payments. Because governments print their own money which they then use to repay their debts (a luxury that doesn’t extend to businesses or households) the only true constraint for national borrowing is inflation.

“QE is no longer the sole preserve of the developed world: about a dozen central banks in emerging markets have rolled out their own programmes in response to the pandemic.”

Spending on infrastructure or up-skilling citizens, for example, creates productive capacity. All other things equal, producing more stuff for people to spend their money on puts downward pressure on prices. Social transfers tend to be inflationary because they just provide more cash for people to spend on the same supply of stuff, yet the government’s transfers today are about preventing the economy falling into a downward spiral that would lead to ever lower tax receipts and therefore ever more debt to cover its spending. In other words, inflationary transfers are battling the deflationary effects of the pandemic. These include the plummeting cost of raw materials for commerce, such as oil and metals, and the potential for lower wages because higher global unemployment means greater competition for jobs.

Meanwhile, the US Federal Reserve is finally buying corporate bonds directly after a spell of purchasing them through ETFs. And QE is no longer the sole preserve of the developed world: about a dozen central banks in emerging markets have rolled out their own programmes in response to the pandemic.

UK retail sales bounced 12% in May, after the record fall in April, spearheaded by people itching to buy up DIY goods and raid newly reopened garden centres. Despite the recovery, retail sales remain well below pre-lockdown levels. Also, retail sales only account for roughly a third of overall consumer spending, with the rest made up by services – restaurants, pubs, beauticians, gyms, arcades, and the countless other experiences you can buy. Those figures are released quarterly, so we have to wait till the end of the month to see them.

There are a whole lot of PMIs coming out this week for the US, UK and Europe. These business surveys gather hard data like upcoming orders and softer data like the managers’ moods and whether they are likely to hire new staff in the coming months. As you would expect these measures plunged during April, yet if they continue bouncing back it should reinforce confidence in the recovery. These surveys will be particularly interesting in America, where COVID-19 is still spreading rapidly in many states that have relaxed lockdowns.

“China appears to be using the pandemic to stretch its influence in the South China Sea, in Hong Kong and in the mountains at its western edge.”

On the other side of the world, China appears to be using the pandemic to stretch its influence in the South China Sea, in Hong Kong and in the mountains at its western edge. A Chinese patrol into disputed territory in the Himalayas led to a brawl that killed 20 Indians; China wouldn’t say how its soldiers fared. At the same time, it has rammed through new laws that curtail the democratic freedom of Hong Kong. These worrying escalations, compounded by recent manoeuvring in the South China Sea, is riling up its regional neighbours and the US too. America is likely to become more bellicose in response – all the more so as the presidential election approaches. This simmering conflict between the world’s policeman and the ascendant rival is already spilling over into commerce. We expect yet more tariff battles and diplomatic thrusts aimed at hurting corporate champions on both sides of the Pacific Ocean.

A final word on dodgy dealings during a downturn. German fintech darling Wirecard crashed and burned last week after its auditors refused to sign off its accounts. The problem? The company was “missing” a cool €1.9bn in a part of its business that does a lot of third-party transactions. Wirecard has been dogged by allegations of potential fraud at worst and loose accounting at best for more than 18 months. Yet it harangued, intimidated and shouted down all the short-sellers and naysayers; it had no trouble getting its accounts signed off by its auditors then. When the sun is shining, markets are benign and finance is easy, frauds perpetuate in the shadows. It’s not until the world is in turmoil and finance tightens up that these sorts of things begin to come unstuck.

More scandals are likely to be uncovered in the coming months. Any of you who have watched HBO’s McMillions documentary will know that this sort of thing can happen anywhere – not even Ronald McDonald’s house is safe! That’s why diversification is your best defence: by spreading your risks among many different companies and regions you reduce the effects of such calamities on your wealth.