Home › Insight › Review of the week: A platinum reign

Review of the week: A platinum reign

A long and honourable reign has ended. We are deeply saddened by the passing of Queen Elizabeth II, and our thoughts are with the Royal Family. 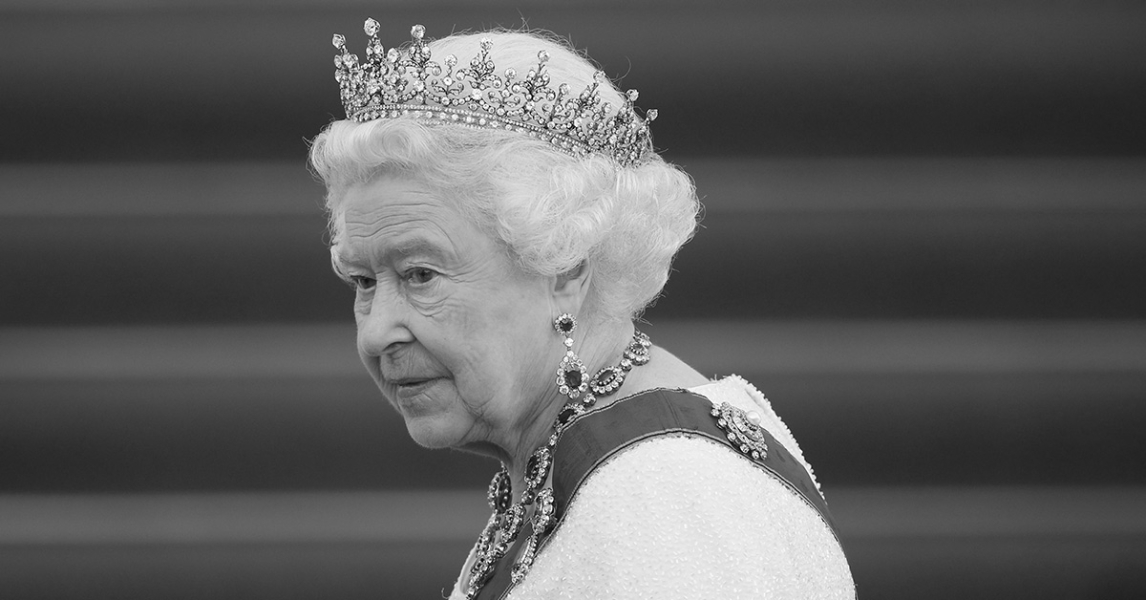 The nation is in mourning. Having ruled for 70 years, Queen Elizabeth II was the only sovereign most of her subjects have ever known. The United Kingdom is not the same nation that it was when the late Queen acceded the throne in 1952, yet throughout that river of change our Queen was a rock. Strong, impeccable, dutiful, dependable. She had a great sense of fun too, with a reputation for witty rejoinders and poking fun at herself. She enjoyed practical jokes as well. In 1965 she met her late husband Prince Philip, who had returned from a tour newly bearded, with a set of fake whiskers for herself. She also took tea and marmalade sandwiches with Paddington Bear at her Platinum Jubilee.

The Queen was like a grandmother or great aunt to the country. A link to the past and an enduring source of comfort in a world of constant change. Walter Bagehot, a constitutional expert from the 1800s, famously split the country’s constitutional character into two parts: the ‘efficient branch’ of Parliament and Whitehall, and the ‘dignified branch’ of the monarchy. To be dignified, politically neutral and reserved, while remaining relatable and loved, is a tremendously difficult balance. It creates a special sort of magic. At its centre, the monarchy personifies the nation, both in law and in people’s hearts and minds. Queen Elizabeth, through her hard work, good sense and love of country, conjured this magic for 70 years. And the country was all the stronger for it.

"The official period of mourning lasts 11 days, during which time parliamentary business will remain paused. The Bank of England had been due to meet on Thursday to set interest rates, but that has been postponed till 22 September."

The official period of mourning lasts 11 days, during which time parliamentary business will remain paused. The Bank of England had been due to meet on Thursday to set interest rates, but that has been postponed till 22 September. UK markets will be closed next Monday for the state funeral.

New Prime Minister Liz Truss’s first order of business was to enact a cap on energy prices for households and businesses. This price guarantee will be extraordinarily expensive, but it also dramatically reduces the strain on energy users and therefore the chance of severe recession in the UK.

The plan puts a ceiling on household bills so that the average home will be charged no more than £2,500 a year for the next two years. This is expected to save each household about £1,000 annually if costs stay as they are; it could save people much more if energy prices go higher (as many expect), or less if wholesale prices fall. Businesses, charities and schools will also receive a price cap, albeit for six months only. Targeted relief for specific industries will then be put in place (a review will be taken in three months’ time to determine where support will be given). At a stroke, the chance of severe recession in the UK has been slashed. With disposable income still likely to contract significantly, it does little to reduce the risk of a mild recession, however.

The cost of the plan is, of course, unknown because it depends on the path of energy prices. Most estimates are in the realm of £100 billion to £150bn. However, these have tended to miss that Truss will change the way that nuclear and renewable prices are set, thereby partially de-linking the wholesale price of electricity from gas. This may mean the price of the cap is more like £75 billion, according to Citi. Still, that is higher than the roughly £70bn spent on furlough, and between 5% and 7.5% of GDP. It will have a significant impact on inflation, too.

The plan should reduce headline CPI by a whopping four to five percentage points, because of the steep reduction in future energy bills, which are a large driver of inflation. That would mean CPI plateauing at the current 10-11% level rather than rising to around 15% in January as many feared. It should then decline throughout 2023. The cap will, however, leave more cash in people’s pockets which would, in theory, increase inflationary pressure in other areas like goods and services.

Another effect of the energy cap will be a large increase in the issuance of debt – government bonds or ‘gilts’ – to raise the required cash to pay the generators. All other things equal, an increase in the supply of a thing causes its price to fall (demand for it being unchanged). For a bond, which pays out a fixed amount in interest, that means its yield will increase. Rising yields mean the interest rate at which the government can borrow in the future rises. As gilts are the benchmark for all types of market interest rates, it would increase borrowing costs for all households and businesses as well. But all other things aren’t equal. The price of a bond is also driven by the path of interest rates over its life, as well as interest rate expectations, and the price of uncertainty. There is a very weak relationship between government borrowing costs and government debt. In fact, the most indebted nations tend to have some of the lowest interest rates.

"How the Bank of England’s monetary policy committee reacts will have to be seen. It will of course depend on just how quickly inflation – including core inflation – begins to fall from here."

How the Bank of England’s monetary policy committee reacts will have to be seen. It will of course depend on just how quickly inflation – including core inflation – begins to fall from here.

Meanwhile, it is not an exaggeration to say that Putin controls the price of power in Europe right now. The flashpoint for the energy crisis was of course Russia’s invasion of Ukraine in February. As the fighting has dragged on and the Russian army has failed to quickly subdue its neighbour, Putin has steadily tightened the screws on European nations that have sided with Ukraine.

The war had settled into a grinding near-stalemate in recent months, but in the last week the Ukrainian army launched a counterattack that has reportedly been extremely successful, retaking territory the size of Cyprus in the northeast, near the Russian border. Ukrainian army staff and Western military observers say the Russian army there is in disarray. Whether this is truly the case will be known in time. If it is true, it will weaken Vladimir Putin’s position at home.

Going off past behaviour, the setbacks could prompt Putin to lash out further through European energy markets. But if he continues to lose ground in Ukraine – and if the Russian army is thrown out of Ukraine entirely – Putin’s position will become much more complicated. Reparations for the war damage will be demanded, and the need for state revenue will rise, as would the demand for spare parts for machines and foreign expertise. Compromises will need to be made. This would have implications for the cost of energy and therefore all the economies of Europe and the UK.