A war in Europe, aggressive interest rate hikes and runaway inflation have resulted in markets being particularly volatile this year.

The S&P 500, an index comprised of the 500 largest companies in the US, is down -20% from its value at the start of the year. Even UK government bonds, considered to be one of the safest and least volatile asset classes, are down by double digits. Bond prices move inversely to interest rates, and so this year’s rising interest rates have adversely impacted prices, ending what had previously been a 10-year bond market rally supported by a steady decline in interest rates.

During these times when markets are subject to sharp falls, the instinctive reaction can be to sell and put an end to the losses suffered. However, remaining invested during volatile periods is often the best decision one can make and the following points highlight why.

1. Time is your friend

When it comes to investing, time is on your side: history shows that losses are rarely suffered over longer periods. The chart below, based on data over the past 75 years, highlights that losses suffered in equity markets over a 10+ year time frame are extremely rare. Even when considering a shorter time frame of 5 years, only 16% of the rolling 5-year periods have previously resulted in investors being worse off.

For Personal Injury and Court of Protection clients, this should be reassuring as in many cases the client will be invested for the long term therefore allowing them to ride out periods of volatility. 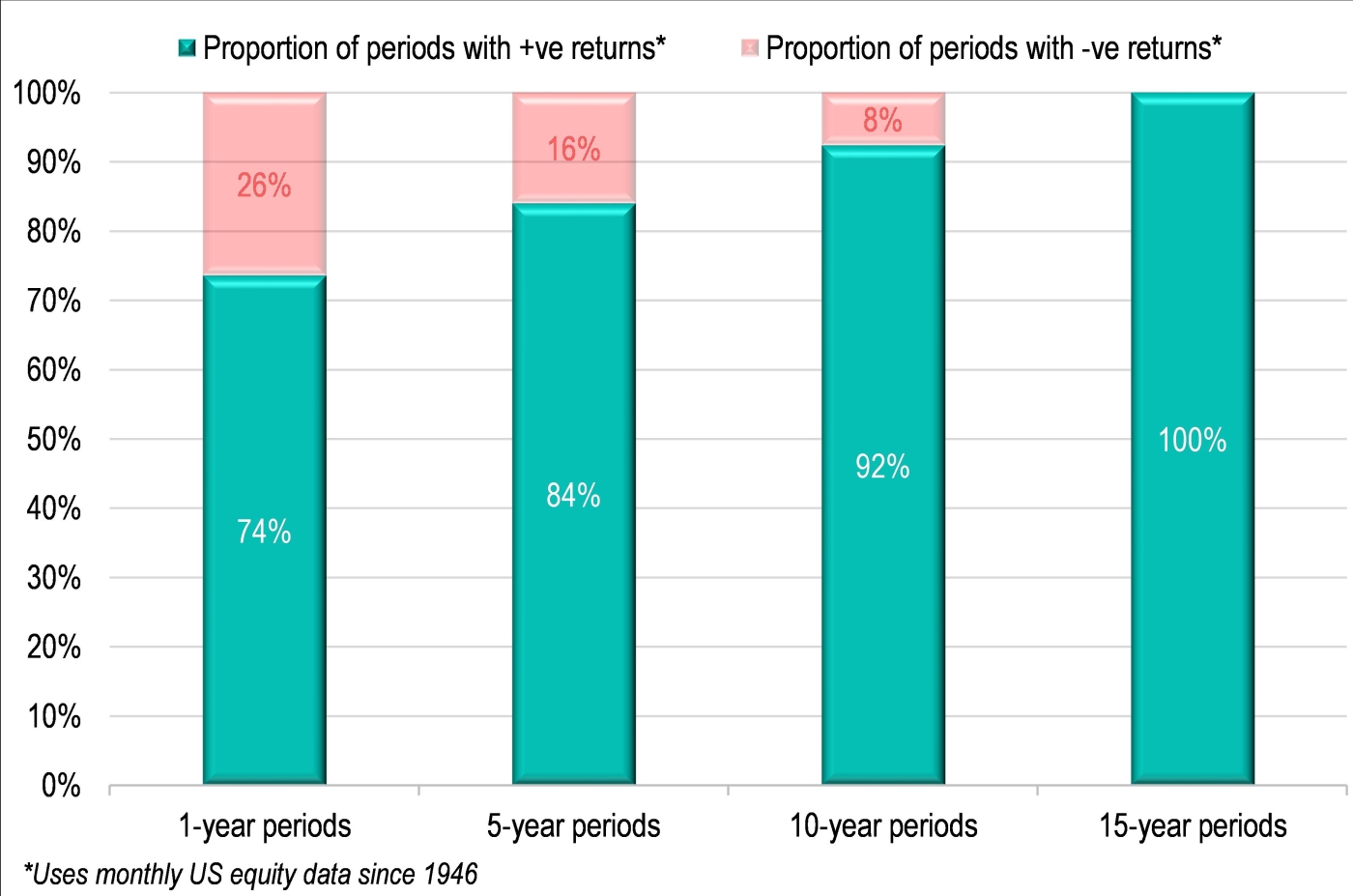 Stock market returns over shorter time periods also show resilience. The chart below pinpoints calendar year performance in equity markets since 1980. Although there are often quite substantial drops from market peaks reached during various calendar years (shown by the red circles), the return often stages a substantial recovery before year end (as shown by the blue bars). The exception is during 2008, when the market reached a new low at the end of the year while the banking crisis was unfolding. Despite this, the following year posted one of the strongest rebounds in market returns. 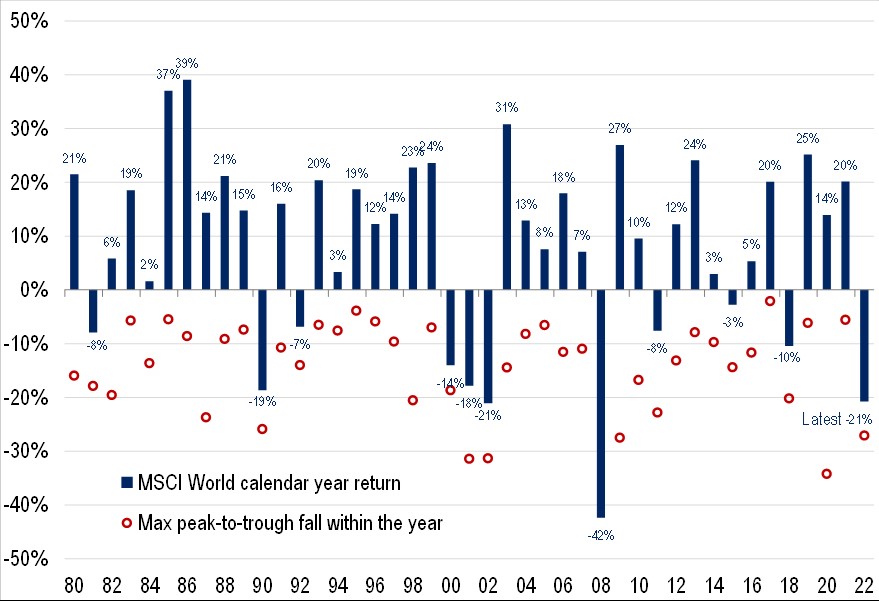 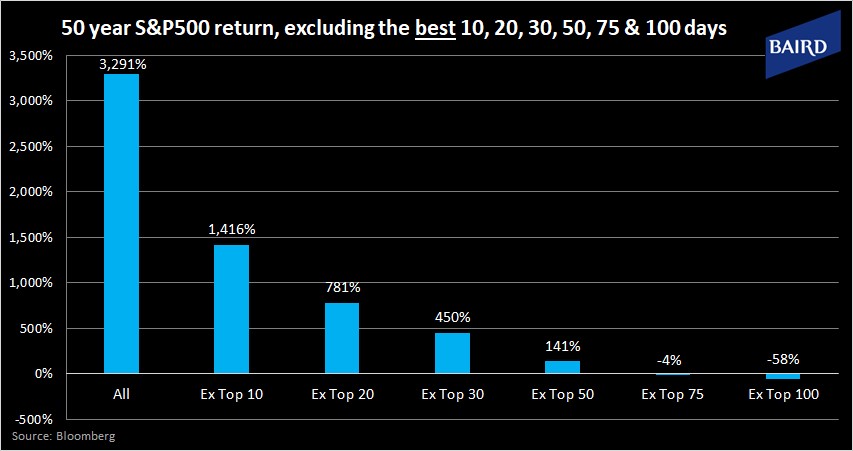 The cost of missing the best days in the period should of course be balanced against the benefit of avoiding the ten worst days in the period, where the latter is even more significant.  However, it is impossible to predict when exactly the worst days will be and for clients that have already faced volatile markets, staying invested gives them the opportunity to benefit from the best days going forward.

It is important to note that the portfolios we run at Rathbones aren’t entirely invested in equities and bonds. We also have a sizeable allocation to ‘diversifiers’, which are asset classes that have a low correlation to equities such as infrastructure, gold and other actively managed strategies. We expect these holdings to provide an element of downside protection during periods when equity markets are falling, which should help smooth out overall portfolio returns during more turbulent market conditions.

To summarise, as unnerving as the recent volatility has been, corrections of this magnitude are normal and rarely prevent equity markets from delivering positive returns over longer periods.