Home › Insight › Review of the week: No, Prime Minister

Review of the week: No, Prime Minister

It’s bye bye for Boris after one scandal too many, yet it shouldn’t affect UK markets much if at all. Meanwhile, the Bank of England is making sure British banks are as safe as houses. 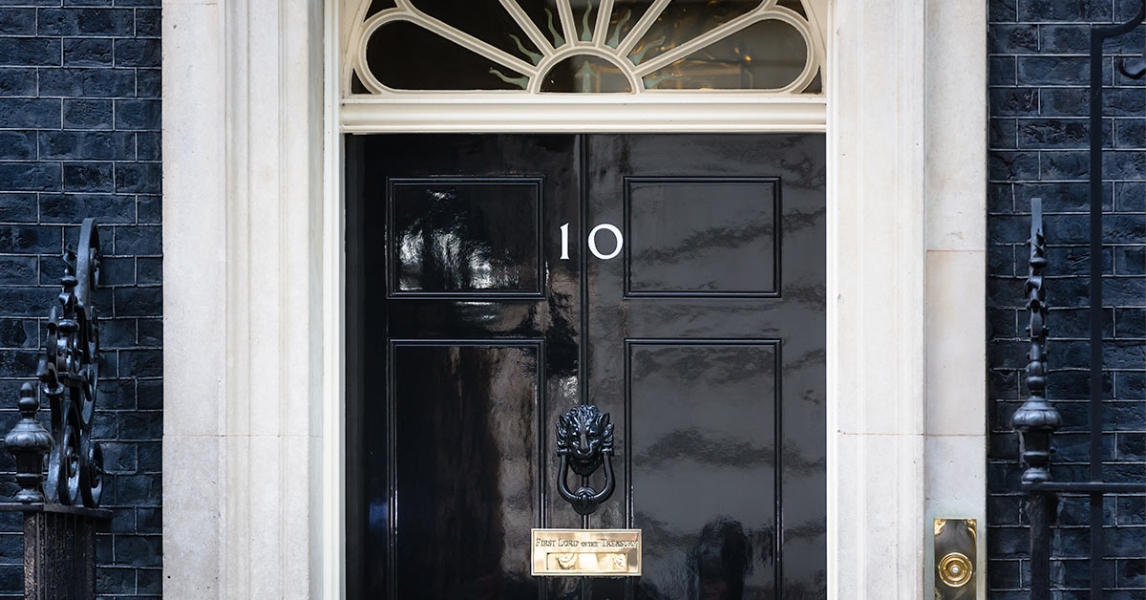 It seemed like Prime Minister Boris Johnson could get away with anything. The scandals he has racked up in office, let alone in his entire professional life, are legion. And yet, time after time, he managed to stay in place.

At base, it was his popularity with voters that gave him more lives than a pack of cats. That and a belief in his right to rule so titanic it would have made the Sun King blush. In some ways, the two reinforced each other. People like it when leaders say what they mean, tell it like it is, cut to the chase. Detail is boring and jokes are fun. And there is no doubt that Johnson revels in the popularity of the people, likes to give them what they want.

If we have learnt anything from Johnson’s three tumultuous years in office, it’s just how much our political system is reliant on decorum, gentlemen’s agreements and convention – and just how easily they can be ignored, subverted and manipulated. You can get away with a lot if you simply don’t resign. So, so many events that would have ended lesser politicians’ careers, glanced off Johnson and fell into the slipstream.

So why this time? What was it about the present scandal that led the Conservative Party to desert Johnson in such breath-taking numbers that the BBC needed a ticker to keep track of all the resignations (more than 50 before he accepted his fate)? The most logical explanation is that Conservative MPs realised that Johnson’s popularity had become rotten and it was infecting them all: two weeks ago the party lost big in two by-elections. One was in the ‘Red Wall’ that Johnson had brought into the fold three years ago, the other was in a safe Conservative seat in Devon. Then, along came the latest scandal and the MPs simply decided enough was enough.

Still, while Johnson has resigned, he remains in the post while a successor is chosen. Eleven hopefuls are jousting for the top job and it’s reportedly already become a bit acrimonious. The Conservative Party usually gets its leadership fights over swiftly and clinically, it would be helpful if it manages that again this time.

"As our previous research has shown, even transitions from right wing to left wing governments have very little discernible impact on financial markets, so an intra-party transition is not something troublesome at the macro level."

The effect of Johnson’s resignation on the UK market and sterling shouldn’t be overstated. Given the government’s poor polling and the recent by-election defeats, together with the cost-of-living crisis, the Conservatives are highly unlikely to hold a general election until they absolutely have to – likely in January 2025 because of The Dissolution and Calling of Parliament Act. So this will be a case of swapping one Conservative leader for another. As our previous research has shown, even transitions from right wing to left wing governments have very little discernible impact on financial markets, so an intra-party transition is not something troublesome at the macro level. Also this isn’t 2019, when the leadership contest was effectively a referendum on a hard or a soft Brexit, and when there was the threat of a far-left Labour leader in the wings.

The long-term value of the pound is driven by economic fundamentals, such as the relative productivity of our exporters. If the new leader is less ready to break international law, more dubious of unilaterally altering the Northern Irish Protocol, or keener on a constructive relationship with the EU, then this removes a ceiling on the potential appreciation of the pound. But it may not move the dial in the short term, when risk-off sentiment and monetary policy are dominant.

What to bank on?

Globally, investors are still unsure whether to worry more about inflation or recession. This creates a very binary situation, as the big winners in one scenario tend to be the big losers in the other (see page four of our latest InvestmentInsights magazine).

Rampant inflation would seriously hurt bond prices, particularly those that have the longest time until maturity and the lowest coupons (which tend to be the safest corporate borrowers and government debt). Many stocks would also be hit hard in terms of valuation, because buyers would put a higher discount rate on their cash flows, lowering their price-earnings multiples. In English, that means they would want to pay less today for stocks that may be worth much more in the future because – if money is becoming much less valuable each year – cash is worth relatively more today than in a decade’s time. Strong inflation may boost some stocks, however, especially those that deal in commodities and energy as well as businesses that can raise prices without losing market share.

In an ordinary recession, however, in which inflation and output fall, those government and high-quality corporate bonds would benefit the most. The downturn would send stock markets sharply lower (with those commodity and energy businesses no doubt leading the slump) and investors would seek a haven in these markets where losses are likely to be non-existent or very limited. You would expect quality businesses with higher valuations and stronger enduring businesses to hold up better than other stocks (but probably still taking significant losses). Over the last month investors have seemingly raised their estimates of the likelihood of such a scenario, while downgrading the likelihood of a stagflationary episode.

These aren’t the only possible scenarios of course. The economy could roll on without falling into a sustained contraction, inflation could continue to fade away, there could be a mild stagnation as higher inflation rolls through GDP reporting, creating a short, two-quarter ‘technical’ recession before growth returns. Who knows, the future is not ours to see. But it’s helpful to keep in mind these two largest risks when trying to make sense of how financial markets behave from one week to the next.

"The central bank said it will increase the required Countercyclical Capital Buffer of UK lenders from 1% of loans to 2% in July 2023."

In the UK, the Bank of England’s (BoE) Financial Policy Committee is also nervous about recession. In its recent semi-annual Financial Stability Report, it warned that the UK’s economic outlook had deteriorated markedly in the past six months. The war in Ukraine and its effect on the energy market and the EU, the UK’s largest trading partner, were especially worrying. Because of this, the central bank said it will increase the required Countercyclical Capital Buffer of UK lenders from 1% of loans to 2% in July 2023. This buffer means that British banks must hold more equity as a proportion of mortgages and other loans that they have extended. By doing this, it decreases the chance of a bank failing during a downturn because it has equity – its own money, essentially – to plug gaps from increased losses on loans so that depositors’ money remains safe. In the UK, banks must have 8% of their loans backed by their own capital – the countercyclical buffer is added to that – and many are even more capitalised than that.

The timing of the increase of the buffer to 2% strikes us as a little odd. With banks already tightening lending standards, it appears more ‘cyclical’ than ‘countercyclical’. Still, it returns the buffer to its ‘standard’ setting after the extraordinary period of the pandemic when the BoE wanted banks to expand lending to help businesses and households deal with enforced shutdowns and lack of income. The system worked! These rules and systems – which are spread throughout the world, not just in the UK – are what give us confidence that any downturn won’t turn into a financial crisis. Recessions are tough, but crises that rattle the whole world and usher in a long period of lower wealth and living standards tend to happen when banks fail. The cryptocurrency scene has learnt a lot about capital requirements and how banking systems work in recent months. Several high-profile crypto banks (but thankfully very small, relative to normal banks) have imploded after taking pretty moderate losses on some of their loans. These banks typically had capital ratios measured in tenths of a percentage point, so depositors took the brunt of bad debts. Traditional finance sometimes gets a bad rap, but it has learned its lesson well in this case.