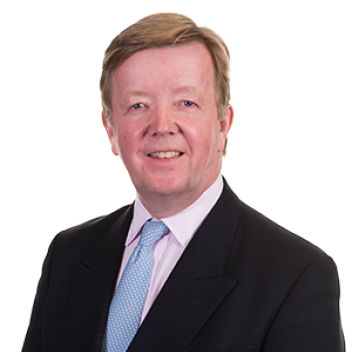 Jonathan is an investment director, joining Rathbones in March 2011. He is a Fellow of the Chartered Institute of Securities and Investment and has been managing investments for a wide range of private individuals, trusts, SIPPs and charities since 1983.

Jonathan originally started his city career as a jobber with Wedd Durlacher Mordaunt before moving across to stockbroking with Henderson Crosthwaite in 1983. Jonathan managed the Horsham office for Henderson Crosthwaite for a number of years before returning to London shortly before the firm merged to become Carr Sheppards Crosthwaite. He moved to Teather & Greenwood in 2001, and thereafter experienced a number of changes of ownership before resigning from BNP Paribas to join Rathbones.

About our investment approach

Direct contact with the person who will be managing your money.

We have a well-defined investment process.