Home › Financial Advisers › In the KNOW blog › Hydrogen – the fuel of our future?

Hydrogen – the fuel of our future?

Hydrogen is the simplest and most prevalent element in our universe. Yet turning it into clean energy is complicated indeed, notes our sustainable multi-asset investment specialist, Rahab Paracha. 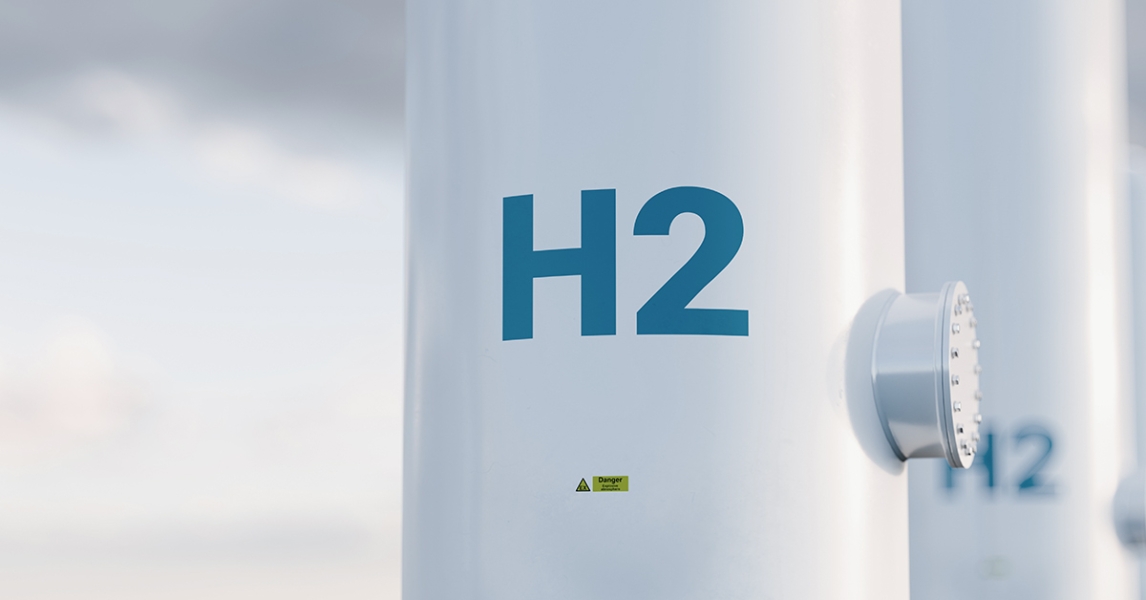 In 2021, there was more than one ‘C’ that dominated the news headlines. A whole bunch in fact.

From the summer onwards, the COP26 climate conference in Glasgow in November got a lot of airtime. By far the biggest focus was accelerating global action to hit the goals of the Paris Agreement – that is, limiting climate change to significantly less than 2 degrees Celsius above pre-industrial levels, preferably 1.5 degrees.

To do this, several countries made new and pretty punchy net-zero commitments. These commitments should ensure the amount of greenhouses gases (primarily carbon dioxide) they release into the atmosphere is balanced by an equal amount taken out. Big changes are needed to meet these targets, and it isn’t so clear how this will be done. The International Energy Agency (IEA) predicts energy demand is to rise 50% by 2050. Such an increase, if powered by fossil fuels, would make limiting global warming to 1.5 degrees virtually impossible.

This is why many people – rightly or wrongly – have high hopes for using hydrogen to help enable the transition away from fossil fuels and decarbonise a number of difficult sectors including transport, steel, cement and agriculture. Hydrogen is the lightest and most abundant element, estimated to make up almost three quarters of the mass of the visible universe. It acts as an energy carrier which means it can store and deliver usable energy when burnt – and most importantly it burns cleanly. Unlike fossil fuels which release carbon dioxide, when we burn hydrogen in the air (to release the stored energy) the only waste product is water vapour (as the hydrogen combines with oxygen).

The main issue, however, is getting the hydrogen in the first place. While it is abundant, it normally doesn’t exist by itself in nature, so instead has be produced from compounds that contain it. Ways of doing this include using fossil fuels (e.g. coal or natural gas), nuclear power, biogas and renewable power such as solar and wind. These different methods of producing hydrogen gas can themselves emit carbon and therefore have varying levels of environmental impacts.

Most of the hydrogen produced today is ‘grey’. This is done through a process called natural gas steam reforming or steam methane reformation, where natural gas or methane is split into hydrogen but also carbon dioxide. Per tonne of hydrogen, about 10 tonnes of CO2 are generated as waste and released into the atmosphere – not a huge help in reaching net-zero after all! In fact, around 6% of current global natural gas usage produces hydrogen in this way.

To try and stop this excess carbon dioxide polluting the atmosphere, you’ve then got ‘blue’ hydrogen. This is where the carbon dioxide is captured after the reaction and stored underground via industrial carbon capture and storage (CCS). But this is also not a perfect solution as typically only 80-90% of the CO2 can be captured, at best. One of Shell’s blue hydrogen plants manages to sequester just 48%, giving it the carbon footprint of 1.2 million petrol cars. There are also considerable costs to storing carbon underground.

You’ve then got the holy grail: ‘green’ hydrogen. This method uses electrolysis to break down water into hydrogen and oxygen, therefore no carbon emissions. If renewable energy is used to perform the electrolysis this method is genuinely climate neutral – hurrah! And because it uses electricity, it also offers the potential to divert any excess electricity – which is hard to store (like surplus wind or solar power) – to electrolysis, using it to create hydrogen gas that can be stored and fed back into the grid for future energy needs when demand rises.

The future is green – or is it?

It seems to be a no-brainer then that green hydrogen will be essential in helping economies achieve net zero emissions by 2050 and reach the goals of the Paris Agreement. So, what’s stopping us?

Green hydrogen is currently expensive and inefficient – which is why it contributes only around 1% of all hydrogen production. Today, there are merely a handful of green hydrogen projects that are commercially viable, and many in the industry believe it won’t become widely viable until at least 2030. In part, this is because green hydrogen relies upon the capacity of electricity generation and the affordability of renewable energy – itself a work in progress, as we’ve seen recently on our power bills.

Also, a lot of energy can be lost during the process of electrolysis, which is why we say it’s inefficient. There’s an immediate energy loss because it takes a lot of power to break the chemical bond between oxygen and hydrogen. This means, on average, the cost of hydrogen per kilowatt hour is greater than the electricity it’s derived from. Another stumbling block for a hydrogen energy revolution is storage and transport. Hydrogen molecules are so small that they can leak out of containers, meaning pipe networks previously used for natural gas or methane may have to be upgraded before they are fit for hydrogen. And, of course, other infrastructure also needs to be built up – for example refuelling stations – to encourage widespread adoption by consumers.

As is often the case, if we want the ‘hydrogen economy’ to help our journey to a low-carbon future, we need a little help from the government to put the regulations and policies in place to incentivise investment and consumer take-up. Encouragingly, this seems to be happening. According to a report from the Hydrogen Council, at the beginning of 2021 over 30 countries had released hydrogen roadmaps. That had led to 200 hydrogen projects and governments worldwide had committed more than $70 billion in public funding. This includes the UK.

Last summer Britain launched its first ever vision to kick start a world-leading hydrogen economy. The vision is a “twin track approach”, using both blue and green hydrogen to phase out fossil fuels rather than green alone. It’s argued that blue hydrogen can be used as a low-carbon transition tool until green hydrogen becomes more commercially viable. That seems prudent, given the challenges in generating fully renewable hydrogen and the need to make progress on emissions right now. But it’s really important that blue hydrogen generation isn’t captured itself by energy producers that may use it as a means to stay relevant and prolong the lifespan of their existing, dirty assets.

Complicated or not, the multi-asset team has been investigating potential investments in the hydrogen and carbon capture industry. Watch this space for another blog on what they have found.