After one month of lockdown, multi-asset investment specialist Craig Brown’s hair was unkempt. After two months, it was totally out of control. It’s time for self-help. 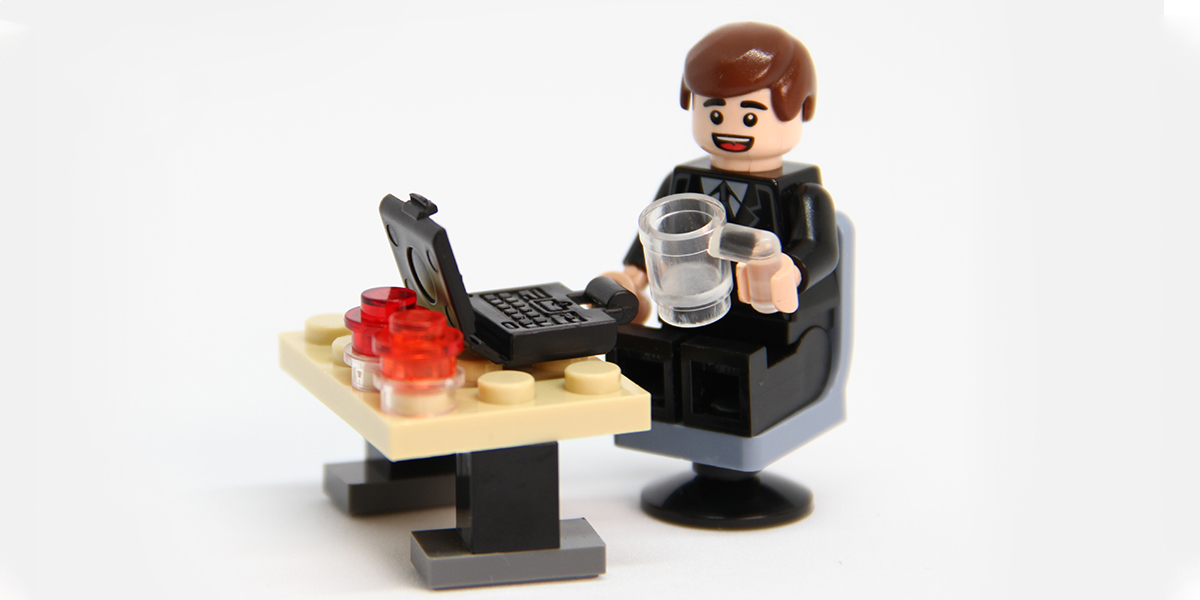 Being self-sufficient has rarely been as valuable as it is in the Covid-19 lockdown.

If you can grow your own veg, or if you’re someone who has featured on one of those super couponing shows with a pantry that could rival a local convenience store, you’re set. Perhaps most importantly, at least according to some of my well-manicured sales team colleagues, being married to a hair stylist or barber right now makes you look almost prophetic! Unfortunately, none of the above apply to me. I’m not particularly green-fingered, wasn’t one for collecting long-life tins and packets, and my wife, Amy, works in conveyancing rather than hairdressing.

After a period of increasing despair that I was beginning to resemble some kind of Lego man with my hair do (or hair don’t) on Zoom calls, I decided to resort to some self-help. I grabbed the clippers, some scissors and Amy and between us chopped my lid into a sort of mushroom. To my surprise it turned out better than it sounds, and David and Will haven’t been too harsh on me. Besides, it’s not about how cool you look, but how cool you feel. And my head feels much cooler now.

Don’t worry, I’m not going to give up the day job. In fact, to keep my nerve while Amy hacked dangerously close to my ears, I started daydreaming about the office. Having two kids under three, that box in the City is a sort of mind harbour for me. It’s calm there. As I settled into the ergonomic chair in the office of my mind, I began pondering what sort of businesses were most able to apply a bit of self-help during the pandemic.

Most businesses need to make changes at some point in their lives if they are to succeed long term. Usually we think of these changes in terms of products: Eastman Kodak, ignoring digital cameras, for instance, or Blockbuster trying to sell DVDs in a digital age. But often changes in strategy have the largest effect on companies. Perhaps what products and services you offer, or how you distribute them. Or maybe how you position your brand and what sort of customers you want to appeal to.

These changes in strategy tend to be made because of shifting consumer focus and demand. The earlier that companies spot these changes and prepare for them gives them a much greater chance of dominating that new future. We find that the businesses that commit to this sort of self-help tend to all have something in common: they are well-managed enough to be able to focus on change for the better, rather than fighting everyday fires and therefore not being able to think more strategically.

A business like Coca-Cola is a great example of a business that is able to think strategically about how it needs to change so it can help itself not fall afoul of changing consumer demands.  We own the drinks giant in our multi-asset portfolio funds. Clearly, focusing predominantly on selling sugary carbonated beverages in a world that is ever more conscious of what goes into our food and drink has its pitfalls. Rising concerns about health, and greater government regulation and targeted taxation by governments, appear to be a decades-long headwind. However, years back, Coke saw the way the wind was blowing and made the necessary changes to its strategy. It diversified by adding more natural, fruit-based and non-carbonated drinks, including water, to its range. Then, it acquired Costa Coffee, which both reduced the reliance on fizzy drinks and played on the ever-increasing demand around the globe for a good old cup of Joe. Coke came up with the sort of company it felt would be successful 10 and 20 years down the line, and implemented a plan spanning years to turn itself into that company. Coke couldn’t have done this if its managers were stuck concentrating solely on the daily grind.

Sometimes, an enforced haircut or change can become a longer-term change. A number of companies have had to cut their dividends because of the pandemic. While dividends are an important and attractive feature for investors, our concern for some time has been that sacrosanct dividend payouts are a millstone around the neck of some companies. It stops them investing enough to make themselves competitive in the new world. Some of these companies that have cut dividends may end up altering their longer-term capital allocation strategies. That could free management up to invest company cash in more productive ventures or, indeed, getting their businesses in the right shape for the future.

As for me, I won’t be keeping the accidental ‘go faster’ stripe on the back of my head once the lockdown is over (lucky that Zoom is only a front view!). Yet the experience has shown me the range of looks I could go for. Isn’t lockdown fun?

The price of everything, the value of nothing in fund management