Home › Financial Advisers › In the KNOW blog › Silver linings in the cloud?

Silver linings in the cloud?

Structural, long-term investment themes are particularly important at the moment as investors worry about the short-term outlook for many businesses. Equity analyst Ben Derber argues that cloud computing should enjoy a decade-long spending boom as enterprises seek to harness the benefits of this powerful new technology. 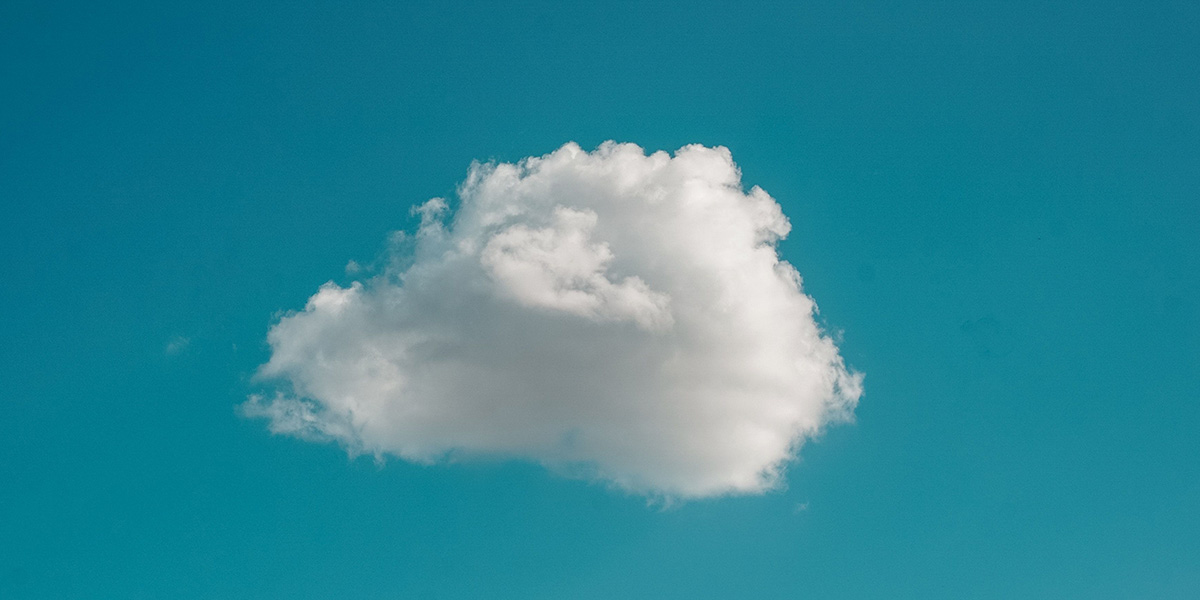 Tech stocks have proved exceptionally volatile this year amid concerns about rising interest rates and a possible slowdown in the hectic digital transformation triggered by the pandemic. But demand for the underlying technologies that support the digital economy remains robust. The most important – but least understood – of these technologies is cloud computing.

Cloud computing has grown significantly in the last decade: most of us now use it every day, whether we realise it or not. Behind the scenes, the cloud powers much of what we do, from using social media and streaming entertainment services to online shopping and working remotely.

So what exactly is ‘the cloud’? The broad term refers to computing resources (such as software applications, data storage and processing power) that are accessed over the internet rather than on a personal device or on ‘on-premises’ hardware. When you take a photo on your phone and it’s saved to the cloud, it isn’t stored on the phone’s memory but in a data centre run by a cloud platform. The three biggest public cloud platforms are Amazon Web Services (AWS), Microsoft’s Azure and Google Cloud Platform (GCP). Each has a network of massive data centres located around the world that house tens of thousands of servers (jargon for high-powered computers) that deliver storage, applications and data.

Since AWS started operations in 2006, more and more companies have turned to this cloud-based infrastructure and its services. Amazon founder Jeff Bezos likens this transition to the shift to big electric power grids a century ago. Before the grids arrived, many factories built their own little power plants to generate the electricity they needed. But they dumped these plants when they realised the new grids could deliver their electricity requirements more cheaply and reliably. Think of cloud platforms as the power stations and the internet as the electric grid of the digital economy.

Companies looking to digitalise their businesses effectively (and cost-effectively) transfer their data and computing requirements over to these platforms as they seek to become more agile and harness the benefits of artificial intelligence and data analytics. (Cloud servers can make sense of large sets of data and find improvements in businesses’ operations.)

Over the next 10 years or so, we see the cloud as automating every department of business, from customer service to sales and marketing, finance and accounting to supply chain management and speeding up the pace of innovation.

Cloud technology is essential to the scalability of lots of new digital economy ideas. Smart meters, for example, use cloud-based technology. And the future of cars will be shaped by the cloud: driverless cars generate huge amounts of data that rely on cloud computing to transfer and store it. This interconnection of physical devices is a growing development known as the ‘Internet of Things’ that enables computing devices embedded in everyday objects like TVs, bike locks and doorbells to send and receive data.

Opportunities in the cloud?

So far, a lot of the cloud’s growth potential has been captured by the US tech behemoths that run the biggest cloud platforms. In the fourth quarter of 2021, global cloud infrastructure service revenues surpassed $50 billion (£41bn) for the first time, bringing the industry total for the year to $178 billion.

But there’s a thriving industry of smaller businesses that power the three levels of cloud technology. Think of these tiers as a pyramid since each one builds on the one below. Each layer brings a greater level of abstraction from the underlying hardware until you reach the software application (Software as a Service). (Read more about the cloud market and where we see the most promising growth opportunities here.)

We believe cloud companies’ growth trajectories are only just starting to accelerate. It took on-premises databases and servers 40 years from when they were introduced in the early 1980s to reach full maturity. Following a similar trajectory, our best guess is that we are only in the sixth or seventh year of a multidecade transition to the cloud.

As companies around the world ramp up efforts to gain a competitive edge in the digital era, we see annual spending on cloud services growing nearly five times by 2030 to $1.3 trillion.

With more than a decade of strong growth ahead, we view companies across the cloud supply chain as important drivers of stock market returns over the medium to long term. That said, we believe investors must tread carefully, and favour companies that are clear winners in their categories, with plenty of growth runway, and which are trading at reasonable valuations.