Home › Financial Advisers › In the KNOW blog › Treat yourself

London has been extremely busy in a sun-drenched summer, yet a difficult winter looms. Sustainable multi-asset investment specialist Rahab Paracha asks whether luxury brands are a counterintuitive way to invest defensively in a recession. 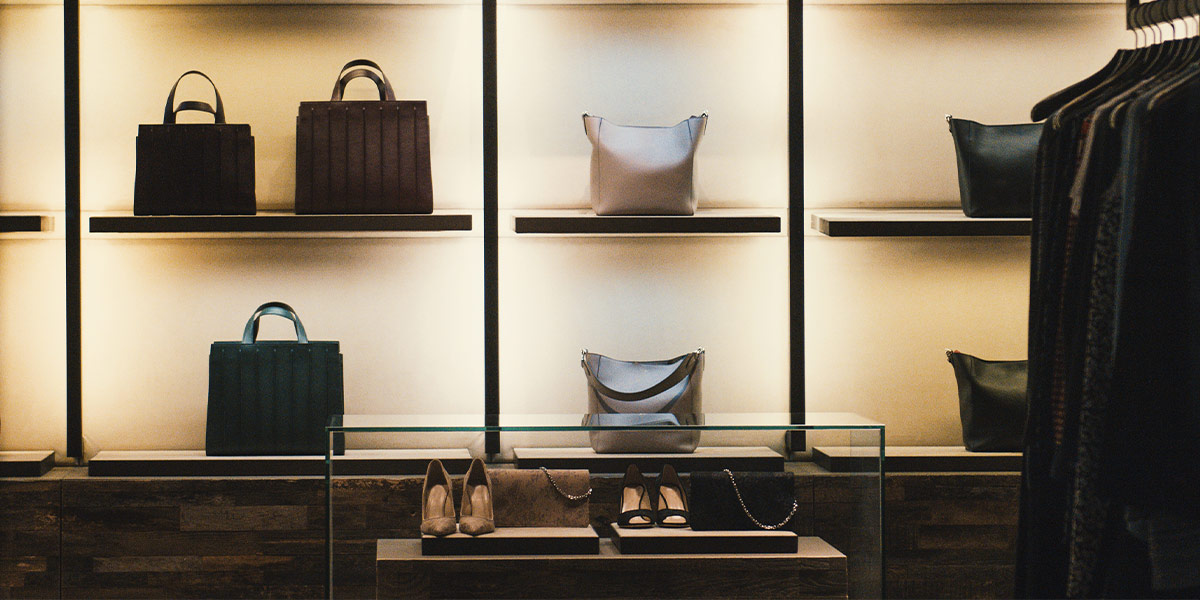 The other weekend, my husband Nadeem and I decided it was finally time to use some of the vouchers we got as gifts for our wedding last year. So we dusted off a ‘Buyagift’ voucher, and used it to treat ourselves to a nice three-course meal and mocktail in a fancy Mayfair restaurant, seeing as we don’t normally splurge on that kind of thing very often.

When we got off the tube at Green Park, we realised just how busy it is around Mayfair these days. The Michelin-starred restaurants were all packed, people were checking in and out of five-star hotels with their Louis Vuitton bags in tow and supercars lined the streets (my autophile husband gasping in awe at the Rolls-Royces).

Normally I wouldn’t really think about this too much – central London is always busy after all. But this time, given the cost-of-living crisis many countries, including the UK, are facing and the fear most people have of an imminent recession, it got me thinking about the resilience of the luxury sector in a market downturn.

Over the last few weeks, our multi-asset team have been discussing which sectors and companies are truly recession-proof during our weekly ‘Costa’ meetings (where we grab a Costa coffee and chat about all things markets and our portfolios). Given the high chance that the UK and Europe are headed for recession in the final quarter of this year, with eye-watering inflation and unprecedented energy bill rises, checking that our investments should hold up ok in that scenario is top of mind. The US is likely to fare slightly better, but, even so, households there are probably also in for a rough ride.

When the average person – in the UK at least – is expecting to spend about £90 more each month on energy bills than a year ago for perhaps two years, inevitably they will have to cut back elsewhere. New Prime Minister Liz Truss’s £150 billion freeze on energy will be a massive relief to many, but even capped energy prices are significantly higher than people are used to. And that’s only the most covered expense – there are plenty more that have marched much higher as well.

It’s likely that people won’t shop for clothes as much, put off any home renovations and go from eating out once a week to once a month. Some people will also trade down from their nice Dove shampoo, Colgate toothpaste and Fairy washing-up liquid to supermarkets’ own brands. Of course, there are some brands that we believe have more pricing power than others – Coca Cola, for example, which we own in our core Rathbone Multi-Asset Portfolios. But to be honest, all these consumer brand companies are inevitably going to be hit – just some more than others.

For those buying luxury goods, however, they likely don’t need to make the same trade-offs when times are bad. And if they do, it’s not to the same extent as the average person. They can absorb the extra costs coming their way and get away with not really changing their spending habits. Purveyors of luxury goods can, therefore, more easily pass on higher costs to their customers, helping protect their profitability. They know that their customers generally have inelastic price demand; i.e. they want it, they buy it. On top of this, luxury companies have immense brand recognition, which means people aren’t simply going to go shop elsewhere.

Of course, there are some fans of luxury goods who aren’t in this ‘ultra-rich’ category. These middle-income shoppers may need to postpone their purchases, which means the sector isn’t completely recession-proof, but it does tend to fare better than many other sectors.

Results so far this year from several companies we hold in our multi-asset funds demonstrate some of this resilience. French multinational conglomerate LVMH, owning brands like fashion houses Louis Vuitton and Christian Dior and watchmaker Hublot, reported strong first-half results in July. It beat expectations, with profits up by a third. Similarly, Estee Lauder, which owns cosmetics brands such as Jo Malone, Tom Ford Beauty and La Mer, also reported better-than-expected results last month. Estee increased sales by 9% in the 12 months to 30 June, and slightly improved its forecast for 2023 revenue, despite some weakness expected in Q1 next year due to lockdowns in China, which accounts for 35% of its sales).

Although some of these companies may have challenges coming their way as autumn slides into winter and people realise just how much they may need to rein in spending and going out, it’s likely that this dip in demand should be relatively short-lived. During the sharp end of COVID-19, for example, after its worst dip in history the luxury sector experienced a strong V-shaped rebound and is still improving.

Anyway, I’m now off to convince Nadeem that buying me a new handbag for my birthday in a few months is definitely a necessity and should not be traded down. Wish me luck…