Home › Financial Advisers › In the KNOW blog › The vicar of drawdown

Too much lockdown TV is getting to David Coombs, our head of multi-asset investments. But he may have a point about the varied performance of risk-rated funds and models during the corona crisis. 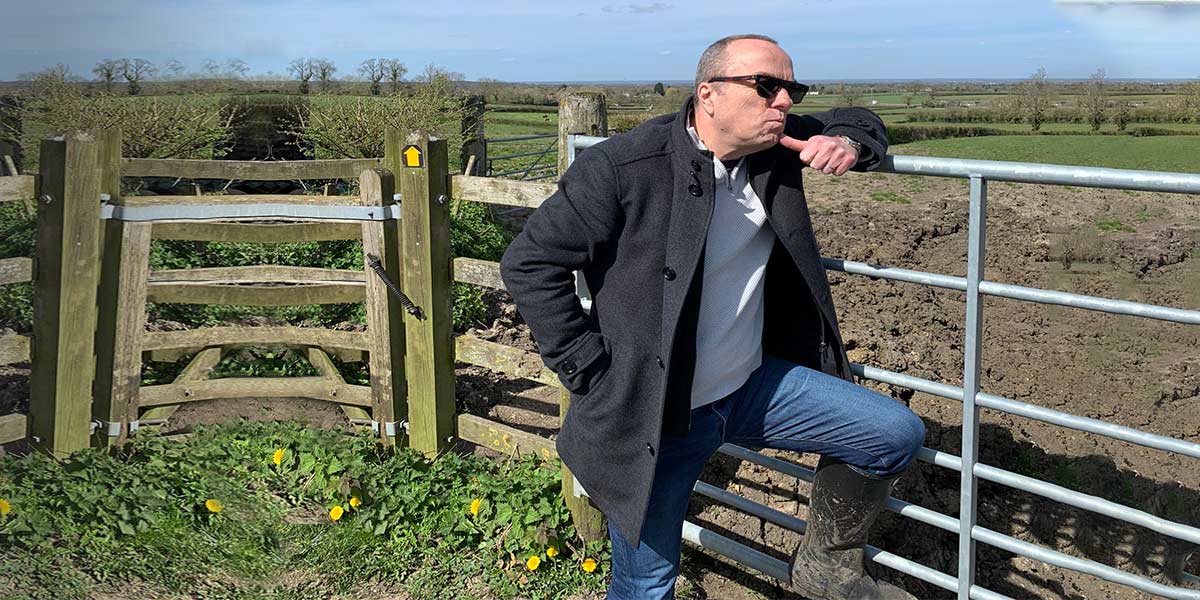 Now into the fifth week at home and I’m on series three of This Country, a BBC mockumentary of teenage life in a Cotswold village. Tracey and I live in a not-too-dissimilar village in North Wiltshire, literally 10 miles from the Mucklowes’ abode.

On Wednesday evening, we were out for a walk across the fields on the edge of the village when Tracey spotted a giant pig. I, at first, concurred. Yet on further inspection it turned out to be a relatively rare breed of white cow. Townies! With This Country’s third and final series finished, Tracey and I could probably fill the void left by the gormless Mucklowes until we get back to the big smoke.

We then bumped into (more than two metres away but counts as bumped into these days) our next-door neighbour. He also happens to be the vicar. After sharing our fauna faux pas with him and his wife, I felt like I was in an episode of that other great rural comedy, the Vicar of Dibley. I know, we’re watching waaaay too much television at the moment, but hear me out.

There is one classic scene where the vicar, Dawn French, is walking along a flat country lane near the village with her beau. She suddenly disappears into a puddle more than five-foot deep. Couldn’t this be a metaphor for our industry’s approach to risk rating right now? Over the last 10 years, much of our industry has been focused on managing money within narrow bands of volatility aligned to risk profiles which themselves align to attitude to risk questionnaires. All good, efficient stuff for shuttling clients into portfolios with the ‘right’ amount of risk. Now this is not necessarily a bad thing if it is a part of the process. The problem comes when it becomes the process.

Exacerbated by almost 12 years of quantitative easing that kept volatility muted and an almost uninterrupted bull market, this puddle in the road has gotten very deep indeed. For years, many funds and model portfolios have been basing their risk ratings on volatility that may have been artificially low. Historically speaking, volatility has never been so low for so long.

What could go wrong? Well, as we have seen recently, the vicar is underwater. Many asset classes that are illiquid and volatile at times of market stress demonstrate low levels of volatility during normal market conditions because of that same illiquidity. Think aircraft leasing: low volatility, low volatility, then COVID-19 and you suddenly see huge drawdowns. Similarly, look at the drawdown in credit markets and equity markets during March and try to tell the difference.

Halfway through April, we have noticed that our multi-asset portfolio funds have lower drawdowns than other funds/model portfolios with the same risk ratings. Our funds have had lower drawdowns than funds/models with lower risk ratings than ours. This is partly due to our decision to hold put contracts on the S&P 500. Because options aren’t an asset class, risk-rating agencies struggle to put them in a volatility basket.

Given the varied performance and drawdown of supposedly similarly risky funds and models, there could well be a shake-up of risk ratings in the aftermath of the corona crisis as they are reassessed given their actual behaviour. That would cause problems for advisers who have mapped their clients to these ratings. If this were to happen, I would argue that it should be the funds which have done poorly and offered higher volatility than historical data intimated that should be bumped up the risk scale. It would be perverse if funds that made better returns while keeping their volatility within expected bounds were reassessed at a lower risk level. At the heart of the issue, however, is that we probably shouldn’t use volatility as the principal measure of risk in future. Think about put contracts: if the equity market is flat or rises after you buy them they have almost negligible volatility. If, however, markets fall significantly they do start to become very volatile assets. The irony is they reduce overall portfolio volatility at the same time.

There is no easy answer to this, but I think it’s important for the industry to review its approach to risk rating and move to a broader definition of risk. This is no one’s fault as such but it is incumbent on agencies and fund/wealth managers to work together to come up with a more rounded approach to assessing risk.

Until then, remain suspicious of overly flat paths and stay away from puddles … oh, and giant pigs.