Review of the week: Bailey’s warning

The Old Lady of Threadneedle Street is putting off a ghoulish vibe, giving people the chills despite the summer drought. 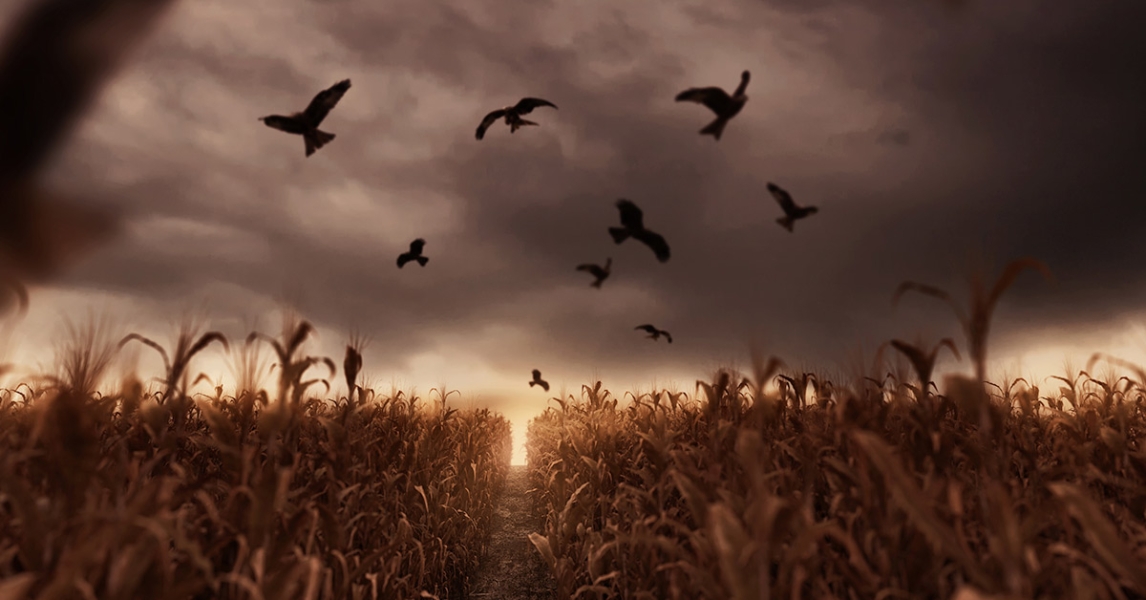 Bank of England Governor Andrew Bailey got into his Halloween act ultra early this year.

The UK central bank hiked rates by 50 basis points last week, the largest single increase in more than 25 years, taking the benchmark borrowing rate to 1.75%. But that wasn’t what caused a stir among monetary policy analysts and newspaper editors. Mr Bailey revealed the Bank of England (BoE) believes the UK economy is about to slump into five straight quarters of contraction and that household income will be squeezed harder than at any time since the early 1960s.

That the BoE was aggressively increasing rates into that scenario took many people aback. But Mr Bailey said policymakers were adamant that it was necessary to rein in inflation, which they now expect to surpass 13% by New Year because of ever increasing energy prices. The latest prediction is for a typical household’s dual-tariff power bill to jump from roughly £2,000 to £3,500 when OFGEM resets the price cap in October.

When thinking about monetary policy, central bankers tend to ignore spikes in prices that they cannot control, including petrol, energy and food. This is especially true when the price swings are due to too little supply rather than too much demand. A central bank cannot pump more oil, source more gas or charter more ships of grain. All it can do is curb people’s demand for this stuff. Or, more precisely, curb people’s demand for everything. Central banking is a bulk business.

The BoE is worried that a year of double-digit inflation will recalibrate Brits’ expectations about future inflation – that they will begin to think that inflation will always be high – and compel them to seek much higher wages as a result. This could start a self-perpetuating cycle of higher prices and higher wages that threatens to destabilise the pound. To prevent this, the BoE plans to increase the cost of borrowing. In time this flows throughout the economy, making company projects less profitable or riskier, so fewer are put in motion and therefore fewer jobs are created and more are cut. Higher mortgage costs reduce the amount of cash people have to spend on trips or going to the cinema or buying a new TV.

By reducing the demand for everything, it makes people’s jobs less secure so they are less likely to be able to negotiate a pay rise. With fewer customers who have less to spend, the hike in rates may hold down the prices of nice-to-have things, like TVs, cars, pints or cinema tickets. It will, however, have a limited impact on the things that the BoE simply can’t control: sky-high gas prices and global food shortages. Those things we all just have to wait out.

The BoE is in the awful position of having to make life miserable for most, to ensure a stable currency for the good of all.

As gloomy as the UK picture is, the country is yet to post a quarter of falling GDP this year. The US, on the other hand, has posted two of them despite strong employment figures. It’s a topsy turvy world.

"American GDP dropped 1.6% in the first quarter and then 0.9% in the second, putting the world on recession watch for the engine room of the global economy."

American GDP dropped 1.6% in the first quarter and then 0.9% in the second, putting the world on recession watch for the engine room of the global economy. Yet the US is still pumping out a healthy and growing number of new jobs, while households are still spending more each month. If it’s a recession, it’s not as we know it. Still, things can change quickly, so we’re keeping an eye out for deterioration as we slide towards autumn.

Take President Joe Biden’s Build Back Better green infrastructure and welfare overhaul, which had appeared dead in the water earlier this year. The original bill started life as a $3.5 trillion ‘New New Deal’. The sprawling plan included investment and subsidies for renewables, as well as free childcare, tax cuts for families, cheaper healthcare, new homes, immigration reform and tax hikes for businesses. The bill was slashed to a $1.75trn package that passed the House of Representatives late in 2021 before getting mired in the Senate. Recently, after another new haircut it popped up in the Senate with a topical new name: the Inflation Reduction Act. The plan narrowly passed the Senate by one vote (along party lines) and moves now to the House of Representatives for agreement.

The Inflation Reduction Act is expected to raise much more money in tax than it spends on subsidies, investments and social programmes, yet exactly how much is open to debate because of the last-minute horse trading and politicking needed to pass it. Democrats say it would increase taxes by $740 billion and increase spending about $430bn, therefore reducing the American government deficit by roughly £310bn over the coming 10 years. This reduction in overall government spending is why the plan can claim to be disinflationary (it reduces overall demand in the economy). It’s not really going to make a dent on US inflation though, and arguably that’s not the point of it.

If it’s agreed by the other chamber of Congress, the act will create a 15% minimum tax on US firms and roughly double the number of US tax collection staff, allowing them to chase down more tax dodgers. It will invest almost $370bn in climate and energy programmes, through green banks and subsidies for investment in, and the use of, renewables. An independent research firm believes the green proposals could help the US to cut carbon emissions by 31% to 44% below 2005 levels by 2030, compared with the current policy trajectory of a reduction of just 24% to 35%.

Meanwhile, healthcare reform has been replaced with a watered-down lifeline for Obamacare, while tax cuts for the middle classes, the housebuilding fund, free childcare and immigration reform have all been dropped entirely.

The Review of the week is taking a break for the summer. We’ll be back writing to you on 12 September. Remember, if you have any questions or comments, or if there’s anything you would like to see covered here, please get in touch by emailing review@rathbones.com. We’d love to hear from you.