Home › Financial Advisers › In the KNOW blog › Will the dollar lose its perch?

Will the dollar lose its perch?

As you may have seen in your clients’ portfolios, the US dollar has been tottering a little lately. Head of asset allocation research, Ed Smith, asks if this is a short-term wobble or whether the dollar may lose its perch after decades of dominance? 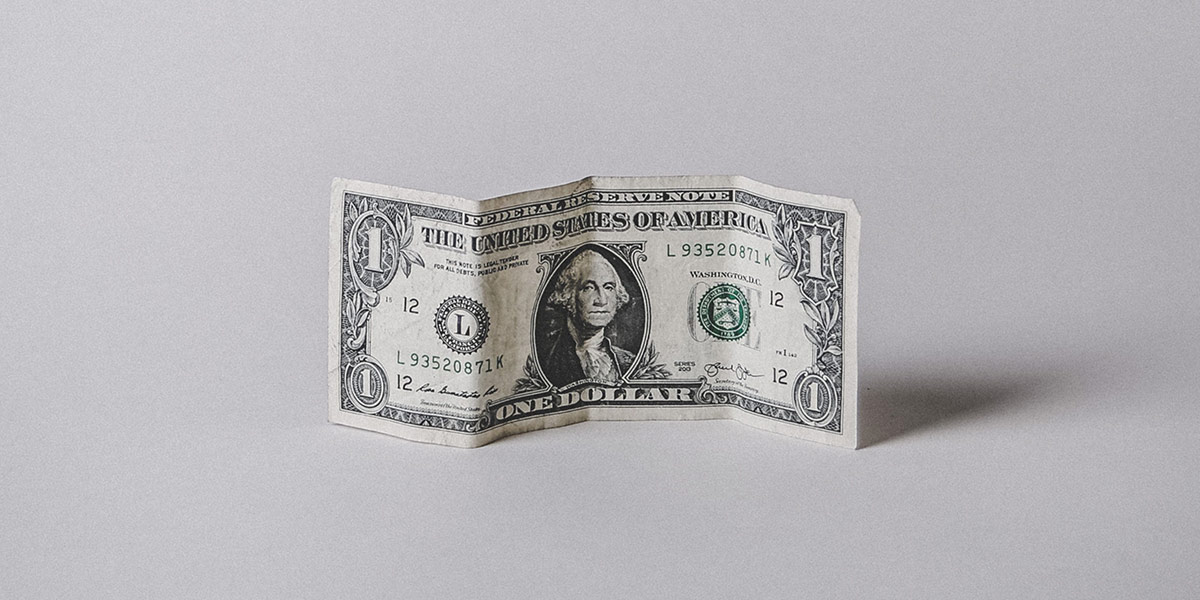 Exchange rates are volatile beasts, whose movements are unpredictable with any accuracy over short time periods. The US dollar is the biggest of them all, and it’s been tottering a bit lately. But can we tell if it’s heading for a bigger, longer fall? One that could have some very large ripple effects through the global markets and your clients’ portfolios?

From a number of perspectives, the dollar looks like it may be overvalued against most major currencies on a longer-term basis and vulnerable to a more sustained fall. These include purchasing power parity (an estimate of fair-value-based relative prices of a basket of consumer goods and services) and our own behavioural equilibrium framework (which looks at relative trade prices, relative productivity and relative savings). That said, dollar weakness at the end of 2020 means that the greenback is not as overvalued as it once was.

Over the next few years large fiscal deficits (government borrowing funded by central bank bond purchases), large current account deficits (trade and investment income) and low savings rates could push the dollar down, stimulating demand for foreign investors to fund these deficits. While a relaxing of tariffs would probably contribute further to a widening in the current account deficit, Joe Biden has recently said he wouldn’t reduce them until the US had gathered more leverage against China.

If, as we expect, US real rates (interest rates minus inflation) remain entrenched deep in negative territory over the longer term, and the current account deficit widens further, the dollar may continue to weaken. But we have less conviction over the next three months and we are sceptical of anyone who claims they do. Currencies just don’t have a consistent enough short-term relationship with common variables.

A number of tailwinds could work against our longer-term forecast for a weaker dollar over the next few months. First, heading into the new year, there were a large number of speculative short-term positions against the dollar (shorts) relative to history, particularly versus the euro. At a time when US real yields are rising more than German real yields (as Europe battles against COVID-19 with more stringent lockdowns), this could lead to a lot of dollar buying if these shorts are unwound. Second, while the US Federal Reserve (Fed) is likely to keep monetary policy very loose for the next two to three years, the minutes from the Fed’s November meeting discussed the prospect of tapering bond purchases at some point — a slightly hawkish surprise, even though tapering is likely many months away. Meanwhile, European, UK and Japanese central banks are likely to make further asset purchases, which could be positive for the dollar relative to the euro, sterling and yen. The Democratic clean sweep may also be dollar-positive in the short term because relatively more stimulus could mean stronger US growth.

That said, because stimulus would accrue more to consumers, who spend more on foreign goods and would therefore widen the trade deficit, it would likely be dollar-negative over the longer term. Higher corporate taxes and tighter business regulation could also weigh on the dollar over the long run if it means relatively lower investment flows from overseas.

However, the dollar faces some potential headwinds too. Data from Citi suggests only half of all overseas investment into dollar-denominated financial assets is hedged through offsetting dollar sales. In 2016, before the Fed embarked on a series of steadfast rate rises, the hedge ratio was around 90%.

The size of the stock of dollar-denominated assets in overseas portfolios is huge, and a change in hedging mindset could add fuel to any dollar weakening. Also, if COVID vaccinations are successful, raising global GDP growth prospects relative to the US, the relative growth advantage that supported the dollar in 2020 could fade. This could be especially dollar negative if emerging market and commodity-backed currencies responded positively too.

At the other end of the spectrum, the pound appears undervalued against most major currencies. The crucial question is whether the UK’s already rather poor economic performance becomes so much worse relative to the rest of the world that its exchange rate actually looks overvalued? Our analysis suggests not. Assuming the consequences of Brexit are not extreme, on a three- to five-year view, we believe there is more scope for sterling to appreciate than there is for it to fall.

If these forecasts for a weaker dollar and stronger pound come to fruition, they could subtract from returns for any clients who are global investors based in the UK. But these are long-term assessments. It’s best not to try to predict where these volatile beasts are heading in the short term.

Spread your wings and fly away